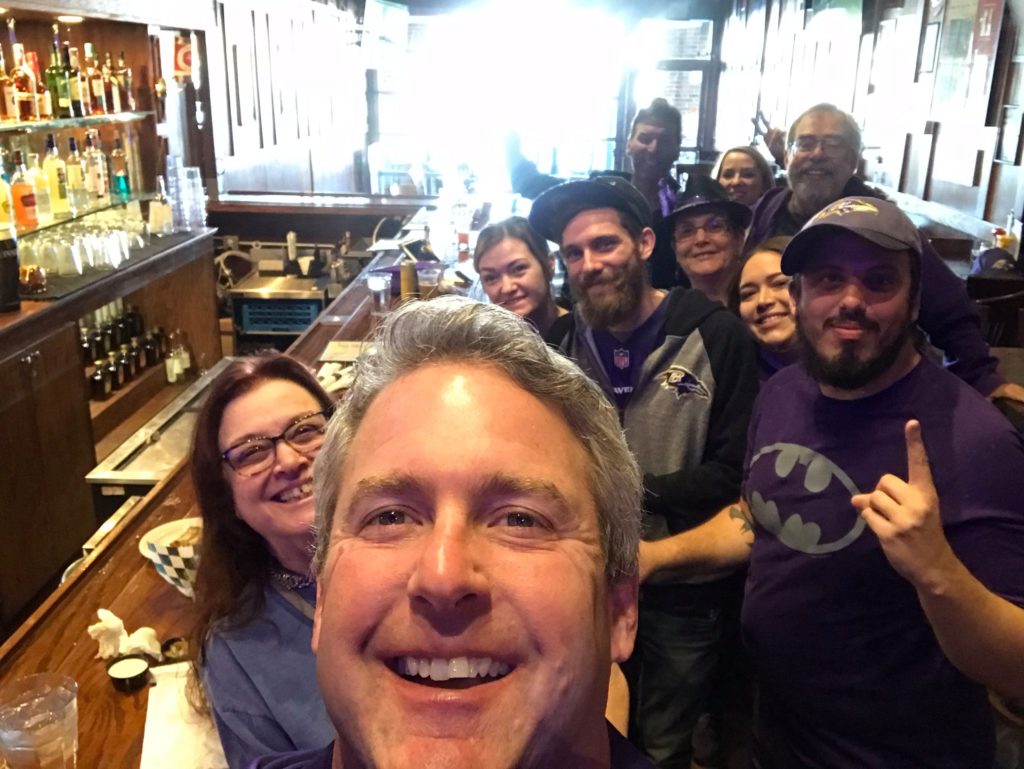 Figured I’d hop on the bandwagon and tell you about the Midwest Nest!

Our group started like most others, I moved to Kansas City in 2008, and after three years of sitting alone in a sports bar squinting at a little TV with no sound, getting harassed by the local Chiefs fans and the Steelers group that was there every week, I bought the Sunday Ticket on Direct TV. But I missed the social interaction of watching games with other people.

So I started wondering how I could find some other fans in Kansas City. I looked on Facebook and Google, and couldn’t find a KC group. But I did find Pete Shaulis and the West Wing. I was very envious of their large group and contacted Pete to see how he did it.

He gave us some great advice, I started a Facebook page, and about two days later I started seeing people join the group. I had some unsuccessful attempts to get people together, but Kansas City is very spread out and a lot of the other fans weren’t local.

Then the post-season started, people got playoff fever, and our little group exploded! I think the biggest group we had at a watch party was only 20 fans but it was AWESOME! We get about 6-12 of us on average now but every week new people are finding us and coming by.

We had over 100 people show up at our tailgate when the Ravens were in town for the Chiefs game, fans from all over the US came to tailgate with us. Last year we had a group that got together for two out of the three O’s games when they were here to play the Royals., and we’ve gotten together in the off season just to keep in touch.

If anyone goes home to Baltimore they always take a list of what everyone wants, usually Natty Boh, Tasty Kakes, and UTZ crab chips.

We’re all very superstitious. (No one is ever allowed to have Buffalo chicken when we play the Bills ever again!)

We meet up at Tailgater’s Bar and Grill in a suburb of KC. They have given us their entire back room, with dedicated sound, and they even bought us a new big screen TV for the games! The bartender always makes a big jug of “Purple Hooter” shots for our touchdown celebrations. We hang up banners and flags. The Chiefs fans have “adopted” us and we always have some friendly banter back and forth.

If you’re even in KC look us up on Facebook and stop by! We’ll be in the back… just listen for the loud group singing “Seven Nation Army”!