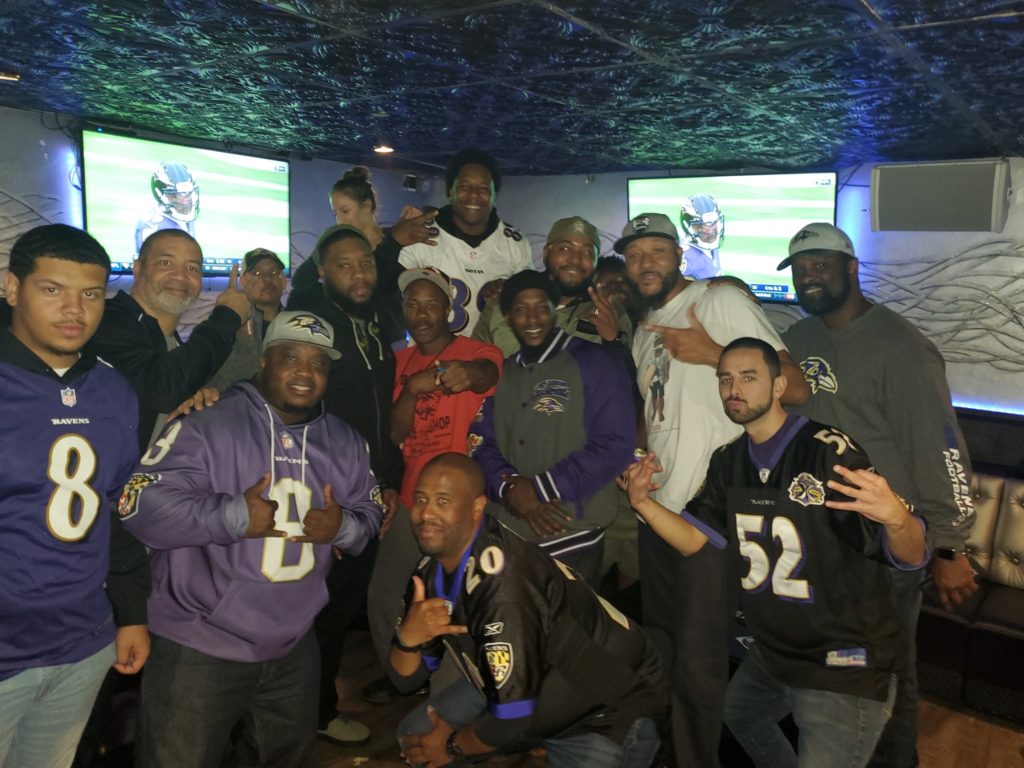 We wanted to join in with sharing our story, our nest, and our group so other Displaced Ravens Fans can find us and help us support the cause.

When moving to Charlotte, my wife & I found pockets of Ravens fans, you could find the occasional license plates paying homage to Ray Lewis, Super Bowl XXXV, or some creative 8 character misspelling of RVNSFAN!

A small Facebook group existed for the Baltimore Ravens Fans of Charlotte, and a small meet-up group. After running into a few friends from Baltimore who now lived blocks away in Charlotte, we were starting to scout a bar for the season and recruit a few others!

With the help of social media, our organizers Jeremy & Chuck merged their groups, and created our new & improved Facebook page, as well as our logo, and our website.

Our background logo adorns the flat screens, Audio & Video are ours, and we hang the Ravens banner high and proud. We’re known to break out into the Seven Nation Army chant when we score, and appreciate the confused looks from the at times more timid Panthers fans who surround us.

If you’re looking to join us this year, we will be at SIP Bar & Cellar, located at 201 E Trade St, Charlotte, NC 28202. Natty Boh is always present! A number of events are scheduled including O’s opening day, Summer Crab Feast, NFL Draft Party, and of course each and every Ravens game.