What If The Ravens Drafted Michael Sam?

It’s interesting to ask those questions. We already know the outcome of those situations, but still it creates conversation.

Therefore, I propose this question to you: What if the Ravens drafted Michael Sam?

On December 11, 2013, Sam was named a SEC Co-Defensive Player of the Year, along with Alabama’s C.J. Mosley. In early February, Sam made his sexual orientation public knowledge. In this New York Times video, Sam addressed the thoughts of anyone who heard that announcement saying, “Is this a huge deal? I understand it is. But my purpose and focus right now is playing football.”

On Saturday May 10, Sam’s journey as a NFL player officially began when he was drafted 249th overall by the St. Louis Rams. The Rams selected Sam with hopes of him being able to replicate his superb senior season.

Will his game translate to the NFL? I’m not sure. Then again, even players drafted in the first round don’t always have a style of play that automatically corresponds to the way the pro game is played.

Of course, the Ravens did not draft Sam. But did they think about it? I’m sure they did. As Ozzie Newsome said in a recent press conference: “When you play the type of defense that we play, you cannot have enough defensive linemen.”

That quote was Newsome referring to Brent Urban, a defensive end from Virginia whom the Ravens drafted with the 134th overall pick. Urban and Timmy Jernigan (nose tackle, Florida State, 48th overall pick) were the only two defensive linemen Baltimore selected in this draft.

The bottom line is that the Ravens were looking to add defensive line depth late in the draft and they selected Urban. How much were the Ravens contemplating drafting Sam? I don’t know. Probably a fair amount. But if he was Baltimore’s pick at any point in the draft, despite a scheme fit or lack thereof, the Ravens would’ve gotten a good football player.

Look around the NFL. It doesn’t take a player announcing that he’s gay to make headlines. Players, for better or worse, generate enough extra attention as it is.

Yes, Sam being gay will bring a lot of attention upon the Rams organization. However, what really matters is whether or not he can help the Rams win games.

St. Louis’ last winning season was in 2003. If Sam can help the Rams return to their winning ways, why wouldn’t they take him? 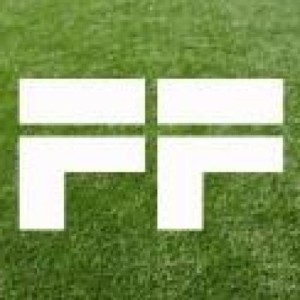