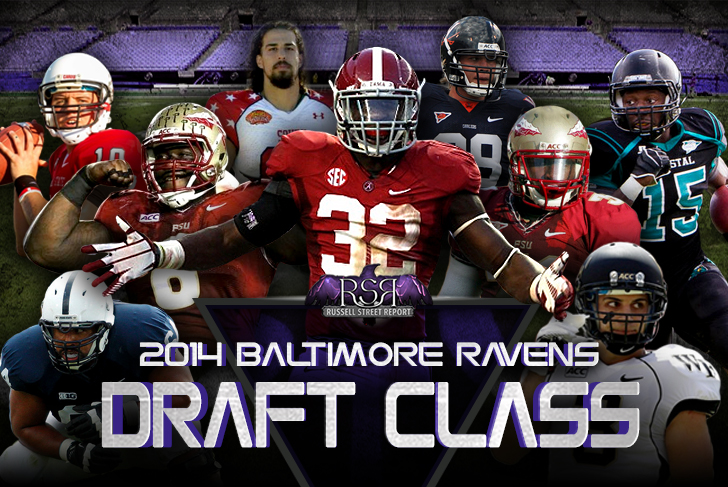 Following their Super Bowl XLVII victory the Ravens front office vowed to get younger and faster on defense.

Being true to their word the Ravens selected S Matt Elam, LB Arthur Brown and DT Brandon Williams in the first, second and third rounds respectively, during the 2013 NFL Draft.

This past Thursday, Friday and Saturday Ozzie Newsome and his very capable war room sidekicks entered the 2014 NFL Draft looking to improve the offensive line, free safety and adding weapons for Joe Flacco.

Yet given the persuasiveness of their draft board they couldn’t resist using their first three picks on the same positions in 2014: LB, DT and S.

It may not happen in 2014 but at some point, if the Ravens haven’t lost their knack for drafting quality defenders, coordinator Dean Pees and his assistants could put the team’s defense back among the league’s finest, a perch they enjoyed many years during the Ray Lewis era.

One of the picks the team seems most excited about is 2nd round choice DT Timmy Jernigan. Jernigan was a disruptive force at Florida State and is used to competing against high-end talent. At 6’2”, 298 pounds, Jernigan’s frame is very similar to multi-time All Pro Geno Atkins who was a 4th round selection of the Bengals in the 2010 NFL Draft.

Jernigan paired with Williams could become the anchors of assistant coach Clarence Brooks’ defensive line for years to come should both realize the potential the team’s scouts believe they possess. The move also gives the Ravens negotiating leverage with Haloti Ngata should the two-sides reach an impasse on a contract extension for the behemoth defender.

The Ravens also added Virginia’s Brent Urban, a player who slipped in the draft due to an incomplete senior season brought to an abrupt end by a severe high ankle sprain.

The team believes that the 6’7”, 295-pound Urban can become a disruptive force defending the pass. His body style is very similar to that of Chris Canty. A solid camp from Urban could spell the end of Canty’s career as a Raven.

The former NY Giant wasn’t as productive as expected in 2013 and given the return of red-shirted rookie Kapron Lewis-Moore and the late season productivity of DeAngelo Tyson, Canty may not be necessary. Releasing him would trigger a $1.83M cap savings, something that the Ravens could use towards acquiring a free agent veteran tackle or nickel back.

You may recall that Corey Graham and James Ihedigbo were modestly priced acquisitions that over-delivered as positional players and were both excellent special teams contributors. Look for the Ravens to comb through the rosters of all NFL teams in preparation for post June 1 cuts – cuts motivated by the salary cap and attrition spurred by the promise of recently drafted players.

Don’t be shocked if during the practice sessions later this summer between the Ravens and the San Francisco 49ers players migrate from one team to the other. Some might not be a fit for the Ravens given the composition of their roster but could match up well with the 49ers… and vice versa. The up close and personal exchange between the clubs invites this personnel swap of sorts.

One player not on either teams’ roster is journeyman offensive tackle Eric Winston. Currently a free agent and the NFLPA’s President, the 30-year-old Winston enjoyed his greatest success as a Texan in Gary Kubiak’s offense.

It would hardly be a surprise to see Winston in Baltimore after June 1 so as not to disrupt the Ravens chances of adding compensatory picks in 2015.

Winston would provide leadership and could prove to be invaluable to the team’s younger players trying to absorb the zone blocking principles within the Kubiak playbook.

The Midland, TX native may not be the long-term answer at right tackle – he may not even be as good as Michael Oher. But keep in mind that a team can’t have all-stars at every position and that when it comes to the offensive line, the whole is greater than the sum of the parts.

You only need to look to the Ravens Super Bowl XLVII run for proof.

Will Eric Winston become a Raven this summer?