It likely wasn’t luck that the Ravens were able to bring in some premier players after the first barrage of free agency. It took a bit more than that to fulfill Ozzie Newsome’s grand scheme.

Reeling in guys like Steve Smith, Jeremy Zuttah, and even Justin Forsett weren’t just “helpful additions” that look good big-picture. They were more than just tokens of the free agency process.

Each move was the result of hard work and planning. And when it all boils down, every addition the Ravens made was getting both sides of the ball back to one thing that wins Championships — balance.

While it’s a simple aspect of a depth chart that often goes overlooked, Newsome and his staff clearly put emphasis on getting the team back to the playoffs with a sturdy group across the board.

It’s evident with every move made.

For young Lorenzo Taliaferro, a player looking to prove himself after an arrest earlier in the offseason, there’s Justin Forsett, a proven veteran that will be looking to outwork the rookie every day in practice. 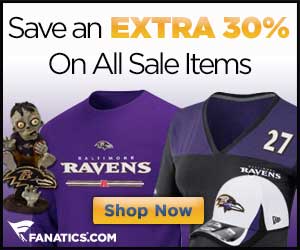 For veteran Owen Daniels there’s Crockett Gilmore, a third-round addition that knows he has the ability to get reps in this offense. Gilmore isn’t going to take camp and preseason lightly, forcing Daniels to give it 110% even as his window in the NFL closes.

When the Ravens brought in Steve Smith, the groundwork was laid for a steady, balanced receiving corps. For the youth that the team has stacked on the depth chart, the former Panther-standout will be there guiding, and likely teaching them throughout his time in the purple and black.

On the defensive side, it’s hard not to see balance everywhere you turn. While there’s positional balance in individual positions like the offense, the overall framework of the unit is balanced. The front-7 has a mix of young (Williams, McPhee, Tyson, Jernigan) and old (Canty, Suggs, Ngata) – while the secondary has much of the same (Webb and Ross for guys like Brooks, Jackson and Elam).

It’s very evident when you look at the linebacking corps and dissect the rotation. Newsome was clearly felt comfortable adding C.J Mosley with Daryl Smith on the roster. Having a veteran presence like Smith has and will continue to benefit guys like Mosley and Arthur Brown.

The off-season didn’t have the mindset of “fix one thing and it all will work out”. That isn’t how the Ravens operate.

They don’t care if they already have several above-average tight end options. They wanted to get their guy in Gilmore. Now they can develop the unit’s potential plus create another mentoring opportunity.

Arthur Brown and Josh Bynes weren’t enough to satisfy in the middle of the defense, so Mosley became the best option for the long-term balance of Dean Pees’ squad.

On the other side of the ball, don’t expect 2014 to be a year that Joe Flacco puts the ball in the air 600+ times again. With the added depth that ensures an above-average running game, stability between run and pass will be a staple of Gary Kubiak’s attack.

Come to think of it, many fans, this site included, have wondered aloud as to what the Ravens’ slogan should be for 2014.

Maybe it’s as simple as BALANCE.