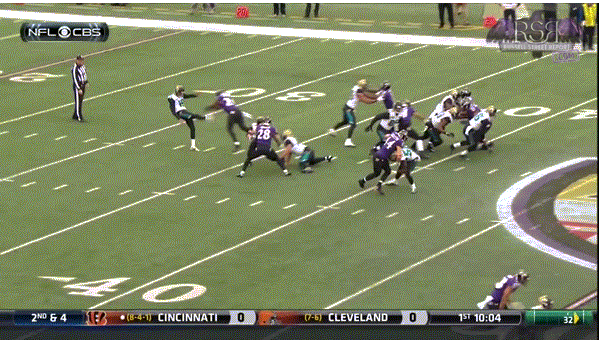 The Jaguars picked up a couple first downs on their opening series Sunday, but the defense tightened up and forced a punt just before they reached midfield. It looked like the offense would finally get the ball, though with some less-than-favorable field position.

Darian Stewart came right up the middle to block the punt, and Kamar Aiken scooped and scored to give the home team a 7-0 lead.

It was the Ravens’ first such touchdown (on a blocked punt) since way back in 2003 when Ed Reed (who else?) did it.

Interestingly enough, in the game played at M&T Bank Stadium on Saturday (Army-Navy), the first score of the game also came on a blocked punt. Weird.