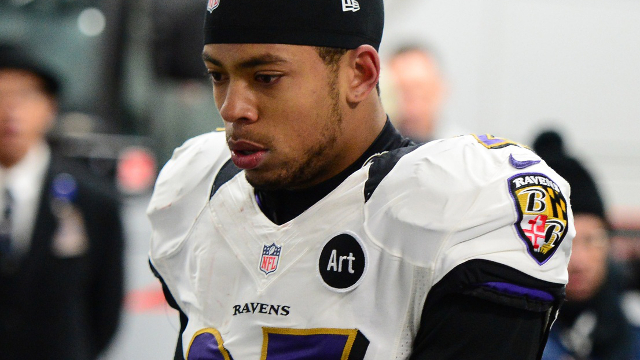 Asa Jackson apparently is changing his number to 27. Back on April Fool’s Day, a day when, especially if you’re a reader of this site, you know that you can’t trust anyone, he posted this photo on Instagram:

He apparently wasn’t joking around. This tweet came from earlier today.

If I was a Raven (still waiting on a call), I would want to avoid that number at all costs, at least for the next couple of years. To each his own, I guess.

In case you needed more proof that Asa Jackson’s number is now 27, here’s a Tweet from a fan that Jackson retweeted:

@WSB_916 I just wanted to say thank you for the signed gear. You are awesome and extremely generous! Thanks again! pic.twitter.com/v8JcTwUScr

If you look closely, you can see his signature along with the number 27.

Recently retired Pittsburgh Steeler cornerback, Ike Taylor visited the NFL Total Access set and broke down his 3 toughest wide receivers to cover. The scrappy Steve Smith topped his list. That’s pretty impressive when you’re talking about a guy who played against the likes of Randy Moss. See who else made the list and what Ike Taylor had to say about the 5’10” wideout. LINK

Will Ravens continue drafting defense in round 1

We’ve debunked the myth that the Ravens drafting strategy slants heavily toward the defense (83 offensive players drafted, 68 defensive players; 10 defensive first round picks, 9 offensive first round picks), but in recent years, they have been drafting mostly defense early. The last 1st round pick on offense was Michael Oher. Will this be the year that it goes the other way? Obviously, it’ll depend on the player who’s there. Clifton Brown of CSN Baltimore tells us why they don’t have to lean toward either side of the ball. LINK

If you haven’t heard it already, Clifton Brown of CSN Baltimore has the story here. Jaelen Strong has often been mocked to the Ravens this offseason, but NFL Network reported that Strong would likely need wrist surgery. He responded on Twitter by saying, “I’m fine. Played 5 games with it and I’m sure you couldn’t tell. Don’t believe everything you hear.” LINK

What Does an NFL Wide Receiver’s Career Look Like?

Joe Redemann of numberFire breaks down the career of a wide receiver. He highlights how first round picks have a good chance of becoming a highly productive wideout in their first year, especially in recent years. He also looks at how receivers who show that they can produce into their 30s tend to continue to contribute at a high level for a while. LINK