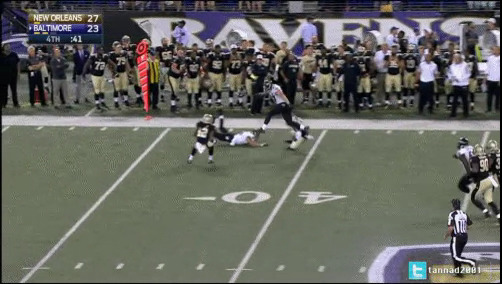 Whoever said that preseason games were boring to watch needs to be forced to watch last night’s Ravens game.

For players like Daryl Smith, Joe Flacco, and Marshal Yanda, the preseason is just a chance to get into the routine of playing football. It allows those players to gel with the new players and work off the rust before heading into the regular season. It’s a chance to face challenges that coaches just can’t simulate in practice.

For rookies and younger guys, however, the preseason is a chance to earn a bigger role on the team during the season. They get a chance to show what they can do in an actual game, and it can determine whether they are starters, reserves, or off the team when the regular season starts.

Late in last night’s game, he stepped up in a big way.

Down by 4 with just under two minutes left in the game, Bryn Renner needed to lead the reserves all the way down the field for a score in order to win.

There was a point in the drive where things weren’t looking so good for the Ravens. A DeAndre Carter offensive pass interference put the Ravens in a 2nd and 20. Two plays later, it was 4th and 20, and the Ravens needed to convert to even keep their hopes alive.

Which is when “Madd Maxx” Williams came in to save the day. GIF credit: Nadeem Kureishey, @tannad2001

Now that’s how you step it up, Madd Maxx.

If you’re as excited about this guy as we are, we have the shirt for you. 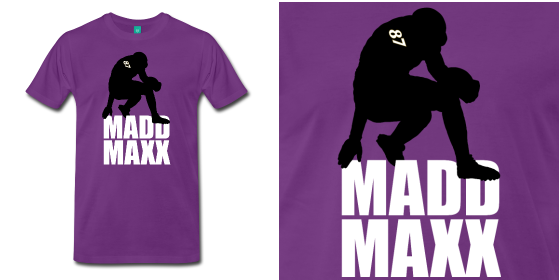 Get the shirt here.