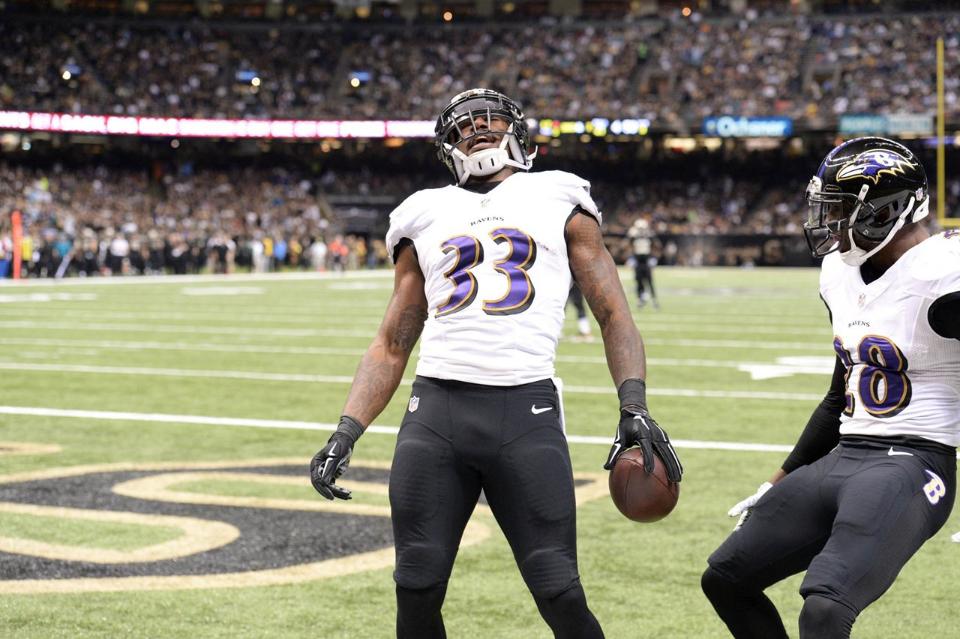 According to Jeff Zrebiec of The Baltimore Sun, the Baltimore Ravens and safety Will Hill agreed to a two-year deal.

Ravens have agreed to a two-year deal with safety Will Hill.

Our staff reacts to the news:

I feel strongly that Will Hill will continue to prove himself on and off the field to the Ravens front office and fans this season. Hoping to prevent a free agency bidding war of the kind that the Ravens rarely participate, let alone win, Baltimore locks up a player they who think can anchor the secondary and stabilize a position that has lacked talent and consistency since Ed Reed’s departure. As always we will wait to see the details, but I love Hill’s combination of size, physicality, and coverage skills (think Jimmy Graham lockdown last year) in the back end, and consider this a big win.

Last year, when Ozzie Newsome took a chance on Will Hill, it was a little bit of a head-scratcher. The team was dealing with a huge off field distraction with the Ray Rice situation, and in the midst of that the Ravens took on another troubled player who wouldn’t be able to contribute until week 7.

Kudos to Ozzie Newsome and the Ravens for giving Hill the opportunity and environment he needed to thrive. But even bigger kudos to Hill for recognizing he was in a great situation, staying out of trouble, and making the most of it. It’s a win-win all the way around.

Hill has been a prodigious hitter in camp. He’s fired up for a big season and a 2-year deal means the Ravens have a good chance to sign him before he becomes a free agent. The front office gets huge kudos for accurately gauging his open-market value with a simple right-of-refusal RFA tender.

The length of the deal is something that perplexes me. It shows a lack of confidence from Will Hill that he’d get big money in the offseason after this year with his history of off-the-field issues. On the other side of things, it shows that the Ravens aren’t quite ready to give the safety a long-term deal. Either way, this is good news for a team that has to deal with the expiration of the contracts of Justin Tucker, Kelechi Osemele, and Marshal Yanda next offseason. I feel more comfortable with the Ravens’ safety situation for at least one more year.

Great news! Will Hill best exemplifies the hard-hitting Ravens of old. Hopefully he can stay healthy enough to lead and guide the younger members of the Ravens secondary.

Looks like a stop-gap deal that allows Hill to prove his past transgressions are behind him, while providing the Ravens with a little stability going into 2016. If Hill proves his worth, I would expect them to explore a longer term arrangement prior to the 2016 season.

From a Cap perspective, definitely interested in seeing the terms, but would expect to see his Cap number increase a bit over the $1.542M he was slated to count.

Smart move by the Ravens brass for not allowing hill to become a free agent following this season. Righting his wrongs, Hill has been impeccable on the field throughout training camp. The Ravens are expecting big things from Hill this season and the heavy-hitter is primed for a breakout year.

Great signing, as has been said by many already, but let me take a different angle here: Post-Rice fiasco, the Ravens were very quick to drop the ax on any player who committed any crime of any sort, and avoid any red flags along the way. A hard stance like this may scare away players in free agency, but what this Hill deal will show potential FA’s is that the Ravens are still willing to take a chance, and reward those who keep a clean nose and play hard.

I predicted this move would happen a few weeks back. Although a two-year deal suggests that the team and Hill are okay with more of a prove-it scenario instead of being locked into a long-term commitment. This move was important so the team could have flexibility with their franchise tag to use on Justin Tucker, KO, or Yanda as needed. Hill is an interesting player because he appears to be on the brink of a big year. He’s in a position to fly around and play closer to the line, which suits his physical style and play-making ability. There’s no denying his talent. If he can stay focused, he can finely play up to his potential.

Check for more as they roll in…