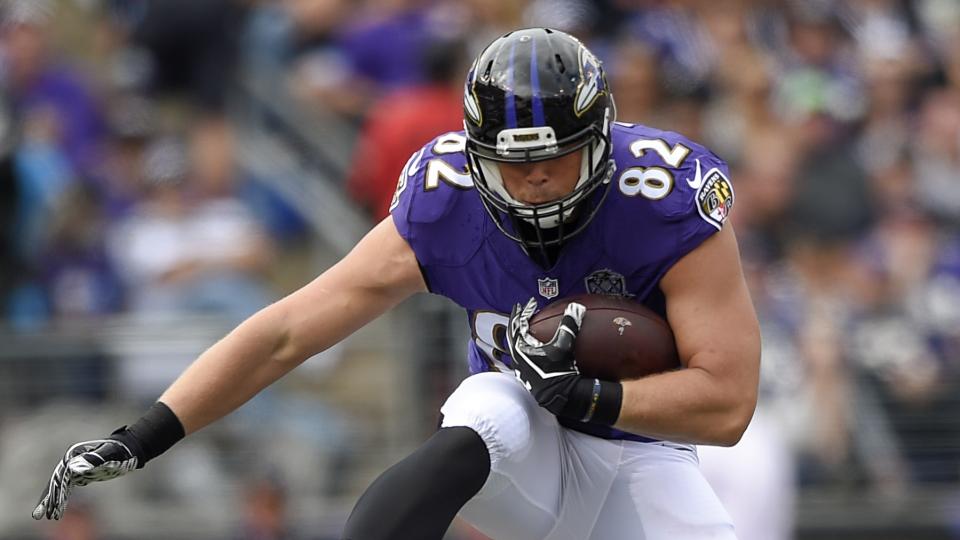 Friday afternoon, news broke that Nick Boyle will be suspended for the first 10 games of the NFL season. The RSR staff reacts to the news.

#Ravens TE Nick Boyle is suspended for 10 games for violating @NFL policy for PEDs. This is another one for him.

No need to keep a guy like that around.

Not much to say other than the fact the Ravens can no longer trust Boyle after his latest suspension and should part ways with former Delaware Blue Hen. The loss of Boyle does create a need for another blocking tight end however he should be easily replaceable. Maxx Williams must step up in 2016.

How dumb can a guy be to get busted PEDs right after serving a suspension for it? Nick Boyle showed promise during his rookie year, but may have played his last game in a Ravens uniform.

Back in 2014, the NFL changed its drug policy. In the offseason, players are not sanctioned under the performance enhancing drug policy for adderall and other types of amphetamines. Rather, they are sanctioned under the league’s substance abuse policy. Therefore, Nick Boyle wasn’t just guilty of not going through the correct protocol for an ADHD or ADD medication.It was most likely steroids or some variation of HGH. He’s young, and I’m not certain that the Ravens will let go of him because of this, but I wouldn’t blame them if they did. What a stupid decision.

Just a ridiculous mistake for a guy who exceeded expectations in a limited role as a rookie. It’s tough to see him playing another meaningful game in Baltimore, but he can participate in offseason practices and preseason games. I also wouldn’t be shocked if the Ravens try and see whether he can possibly perform well enough in the summer to warrant the headache moving forward.

After a season like 2015, it’s disappointing that this is the first relevant news we have to talk about this offseason. Sure, Boyle is the Ravens third tight end but he showed significant promise and potential before his first suspension.

Two PED suspensions in such a short period of time show a serious lack of common sense and are a major red flag. It wouldn’t be surprising to see the Ravens make an example of Boyle and move on despite the potential he has and the low cost of keeping him around.

This was posted after Nick Boyle’s FIRST suspension.

I am truly sorry for the disappointment I have caused by a poor choice I made. I am ready to move forward and I appreciate all the support.

Will the Ravens be able to trust Boyle after the second?

It’ll be a long time before Boyle loosens up on the field because he’s juicin’ up off it!

That will total 14 straight suspended games. Even Frank Perdue doesn’t juice his birds like this Blue Hen!

On the bright side, the Ravens can use the money saved on Boyle’s salary to finance the expansion of John Harbaugh’s doghouse.

How stupid can you get?

Talk about pissing away a golden opportunity.

The only silver lining (if there’ll s one) is that Boyle’s stupidity provides the Ravens with a $308,824 cap credit. The team can also – will also – seek forfeiture of part of Boyle’s signing bonus due to the suspension.

Unfortunately, though, it seems clear now that Boyle cannot be relied upon, so – while it seemed unlikely before with 3 young TEs in the fold – I would now expect the Ravens to use one of their draft picks on a TE.