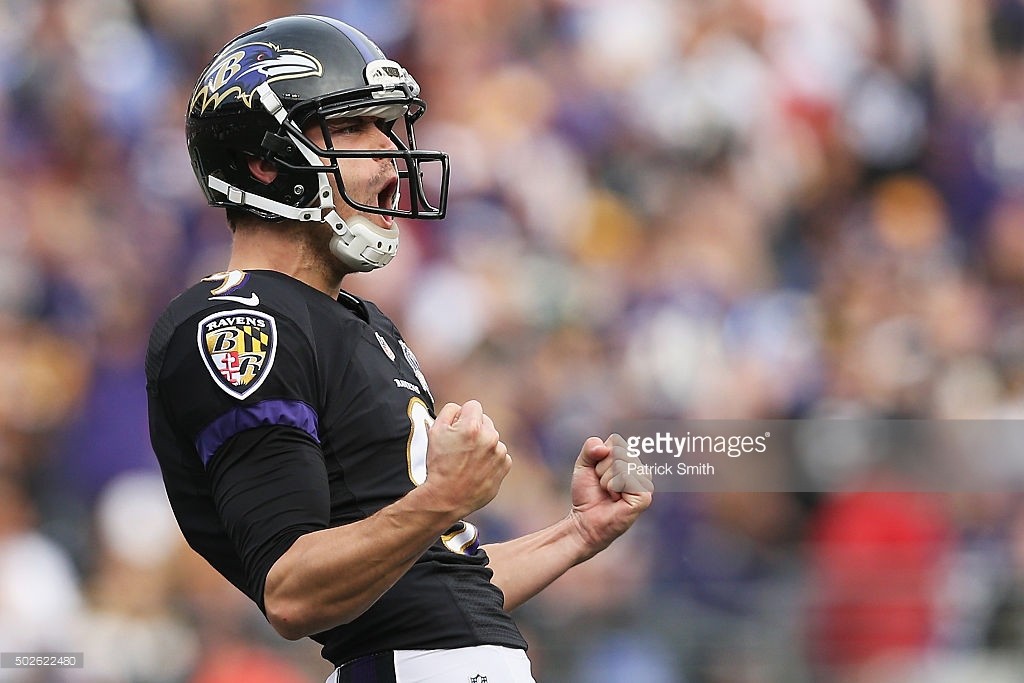 From Tags to Riches

On Friday morning, the Justin Tucker franchise tag was announced by his agent, courtesy of the Baltimore Ravens. This means he will at the very least earn in the range of $4.5 million for the upcoming season. While it is still reasonable to consider that he and the Ravens will work out a long-term deal, he has assured himself another significant raise compared to last year’s salary.

Tucker first signed with Baltimore in 2012 and made $390,000, then made $480,000 in 2013, and $570,000 in 2014. Following a second round tender he received last season in 2015, he was paid $2,356,000 1 by the Ravens. Also in approximately 2015, Tucker signed with CarBiz and Royal Farms for endorsement spots. Unlike the spotlight of being an NFL player and having everyone able to look up your salary history, and judge you’re kicking and singing ability, how much he earned on these endorsement spots is not publicly available.

On the one hand he’s got an extremely bright financial future, however just as with the stories of many professional athletes running into financial trouble after their playing careers are over, there is still significant uncertainty regarding how he might make spending decisions.

According to Statista, the average length of a career in the NFL as a kicker is 4.87 years2. Granted he is not an average kicker, he could go on for several years at his current pace, heading into his 5th year. He’s been tendered and now franchised and he’s only 26. But you never know what could happen. 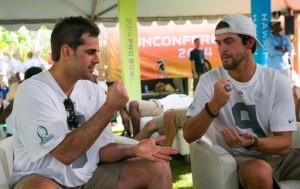 Presuming he does reach a long term deal with the Ravens, it will most likely be similar to the contract signed by another high priced kicker, Stephen Gostkowski. Before last NFL season, he extended his deal with New England to 4 years for $17.2 million. For round numbers sake, let’s say Tucker signed for 4 years at $18 million which would be an average of the $4.5 million he’s scheduled to be paid this year. It won’t be $4.5 million each year as there is typically a signing bonus up front of some kind, and then an increasing salary over the 4 years.

How much of this will he net and what should he do with it?

And what if he doesn’t sign a long-term deal and plays just on a one-year contract?

Then what should he do with the money to make sure the rest of his life is financially mapped out to the fullest advantage?

We will start with what he would net.

The first thing that is going to happen with his $4.5 Million salary is his agent’s fee of 3% or $135,000. We can’t know for sure if it’s exactly 3% but the NFL has limited what an agent can receive at no more than 3%3. The agent would also receive 3% of his CarBiz and Royal Farms endorsements. Since we don’t know the value of these, we will leave it out.

According to his Wikipedia page, Tucker is married and expecting a baby in the coming months. Congratulations to the Tucker family. This also means he would be a married filing joint taxpayer for the year and have a dependent. According to CalcXML using a very basic calculator his federal tax liability would be $1.7 million. Specifically $1,701,195 assuming he maxes out his 401(k) at $18,000 and has $40,000 of itemized deductions. Neither of those figures are based on reporting sources. That tax is just federal though he has to pay state tax too.

Professional athletes have to file state taxes in each state they earn income, which means when they travel they have several different states to which to report. This brings up another point. Florida doesn’t have a state income tax, so why don’t Florida teams dominate all professional sports? They can lure athletes to their teams and say even though we are offering you less money, you won’t have to pay state income tax on your earnings.

For our purposes here, we will just use a Maryland tax calculator because it’s easier. The total state tax would probably be a little lower than this however, because Maryland has a high tax on income relative to most other states. Using Maryland’s interactive calculator4 he would have approximately $368,000 in state and county taxes for 2016.

From all of this he should net about $2.3 million.

Tucker will not receive this of course, as soon as they announce the franchise tag. NFL players get paid 17 total times per year, the Monday after each game which isn’t really easy to plan out your cash flow over an entire year but the size of the check helps. It would be in the neighborhood of $135,300. This is entirely an estimate as there are several unknowns and also several things that come out of a paycheck like normal things everyone pays through their employer. Some of which are pre-tax and some aren’t. Health insurance, FICA tax, the pension contribution the NFL has set up which is a no-brainer, group life insurance, disability insurance just to name a few5. And those are just the payroll related items.

Then you have personal trainer, health coach, home maintenance, a huge liability insurance policy, NFLPA dues, and so on. And an NFL player’s home maintenance costs are probably not just cutting the grass like you and I pay for.

With all of that he should still be netting a nice size check per game.

So what to do with the money?

Tucker is young, his playing career length is unknown, he has a child on the way, and kicking a football doesn’t necessarily translate well to other career paths. There are really only a few things to do so as to stay liquid and see how much he ends up earning over his career. One might be to pay off any remaining mortgage on his house. People with incomes that high don’t get the same deductions normal earners do. “Unfortunately for high income earners the mortgage interest deduction is one of itemized deductions that are limited when adjusted gross income (AGI) exceeds $311,300 (For 2016 Tax Year).  His mortgage interest deduction would most likely be capped at 80% of the total amount paid for the year” Jeremey McDonald, CPA Edgewater MD.   If he pays off that mortgage, at least his cash flow would be better indefinitely.

Another step he could take is to fully fund a college savings 529 plan once his child is born. 529 plans allow the funds to accumulate tax free for higher education costs. And in certain instances he can get a small state income tax deduction for the deposit. Also the IRS puts a rather liberal definition on what is “higher education costs”. It could be books, computers, tuition, trade schools, and graduate degrees, even room of board at the school or up to the equivalent amount at outside housing. If the child gets a full ride to the best singing school in the country, he can change the beneficiary of the account to another child or just cash it in as a worst case scenario, or change the beneficiary to himself and use the money on training to transition to a new career.

There are lots of other financial planning steps to take of course. This is just a start. I will cover future Baltimore Ravens contracts as they are announced.