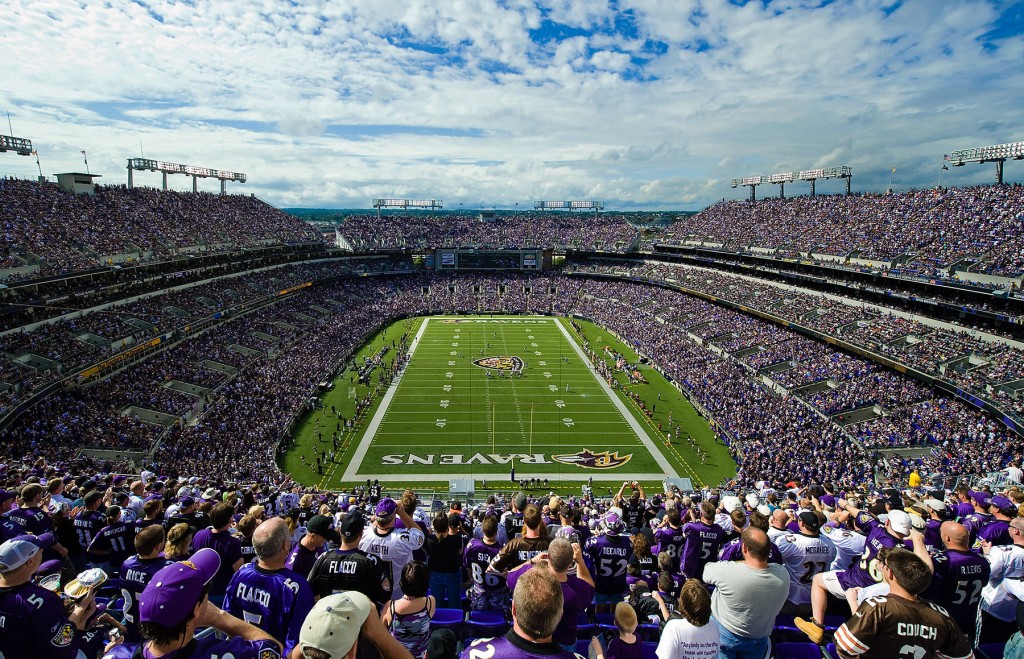 Don’t look now but this will be the Ravens 19th season at M&T Bank Stadium. How does it compare to others around the NFL and will The Bank always be the Ravens home?

If you are like me you tend to think of M&T Bank Stadium as a relatively new structure.

Did you know that there are 16 newer stadiums in the NFL than M&T, which is tied with Tampa’s Raymond James Stadium as the 17th oldest. That is a bit eye-opening and as Kenny Chesney once wrote, “Don’t Blink!”

Where does the time go?

For the record, the oldest stadium that will be used during the upcoming season is the LA Coliseum, which was built in 1923, and the newest will be US Bank Stadium, the new home for the Minnesota Vikings and the host facility for Super Bowl 52 in 2018.

Speaking of hosting the Super Bowl the schedule is set for the next 5 big games and the upcoming host cities in order are as follows:

So until the big game hits South Beach, mark me down for seeing these host cities as “undesirable” for the tariff that they will happily charge.

But back to M&T, could you see it being replaced some day or will the Ravens and the Maryland Stadium Authority (“MSA”) just continue to make renovations and add creature comforts? Ravens owner Steve Bisciotti shared with me last June that:

“There will never be another place for a stadium. That Camden Yards complex – Baltimore was made for that. The idea that you could move that anywhere else is preposterous.”

Let’s just hope that the Ravens and the MSA don’t mess it up like the folks in Chicago. Following the upgrades to Soldier Field the New York Times described the finished product as “a U.F.O. crash-landing on an ancient ruin.”

The USA Today back on October 16, 2015 ranked all of the NFL’s stadiums and M&T came in at No. 9. They described the bank as follows:

“A lot like The Linc in Philly, this stadium in Baltimore is right off the highway and walkable to nearby restaurants and bars. Other stadiums make you feel like you’re closer to the sky than the field, but even the upper deck in Baltimore provides good views, often of shirtless men brawling.”

Well at least they didn’t mention the riots…

By the time the Ravens lease at M&T ends in 2027 they will have one of the oldest stadiums in the NFL. What should they do?