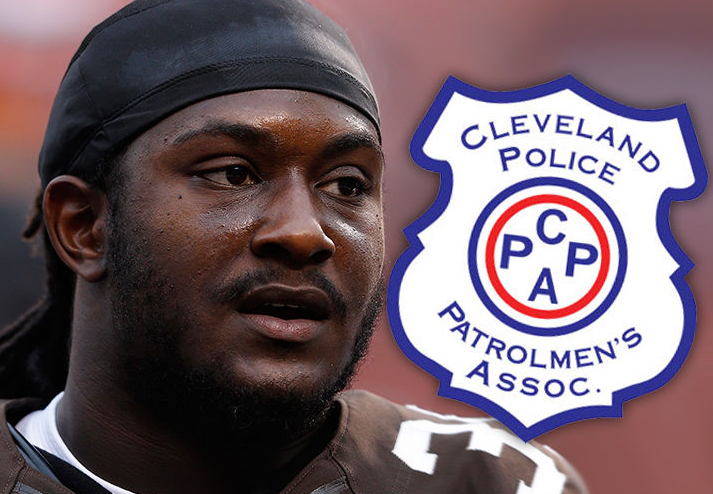 Press play to listen or read the transcript below…

By now you’ve all seen the horrible image posted by Cleveland Browns running back Isaiah Crowell of a police officer having his throat heinously slit.

The Browns so far, have done very little to reprimand Crowell other than to encourage him to give an obligatory public apology. It’s akin to telling a young boy who stole money from his friend’s mom, “Don’t do that anymore Isaiah!”

The feathery slap on the wrist by the Browns made me wonder what the Ravens might do in a similar situation. It also influenced me to ponder, “Is Crowell’s Tweet worse than the infamous slap that derailed the career of Ray Rice?”

Tough questions without a doubt…

Rice’s act of domestic violence was an unfortunate act influenced by an over-indulgence in alcohol that affected three people, Rice, his wife and daughter. The only way it could have negatively affected others is if the Ravens allowed Rice to remain with the team after a public apology.

Fortunately the Ravens, as difficult as it was, made the right choice. And even more fortunately, Ray Rice learned an expensive lesson and has been an exemplary husband, father, citizen and community activist since the elevator incident.

It remains to be seen how Crowell behaves from this point forward but his behavior throws fuel on a raging flame that divides our country. Racism seems to be at an all-time high – at least in my lifetime, and hatred towards law enforcement officials hasn’t been this vile since the 60’s. It may even be worse.

The capturing of the slap on video brought domestic violence to the forefront of the NFL’s consciousness. They’ve taken a stand against it and their stand may have influenced Major League Baseball to take a similar stand. And that’s a good thing.

Similarly Crowell’s Tweet has brought hatred and racism in the NFL front and center. Crowell like Rice, should be suspended and if the Browns had the stones, he should be released.

Doing anything less sends the wrong message and it says that a decent football player is more important to Cleveland than the officers that wake up every day to keep their city safe. 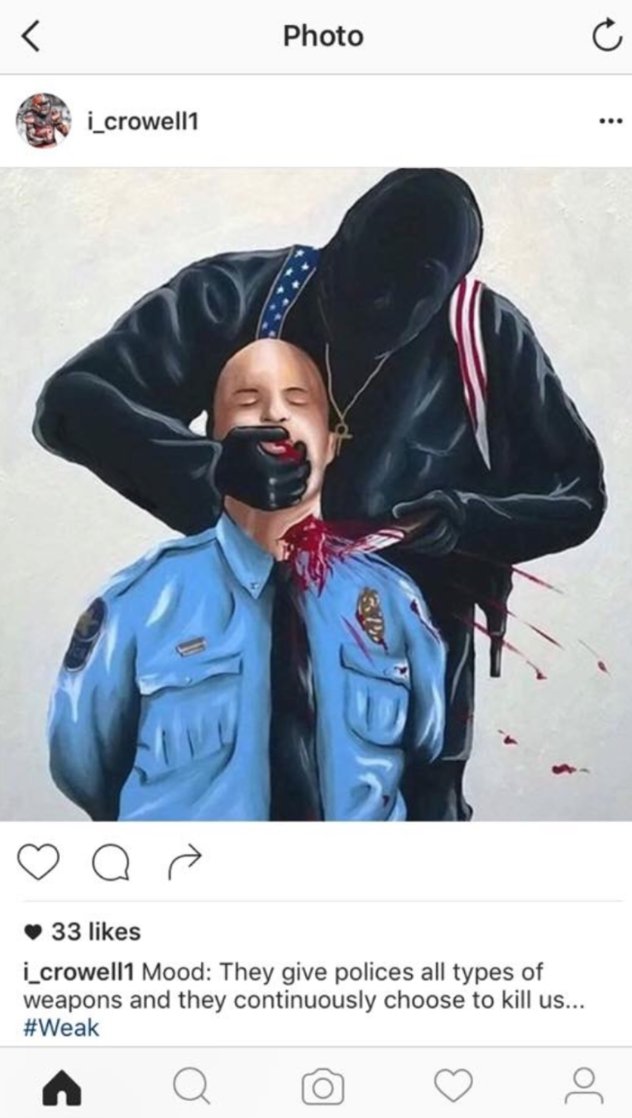