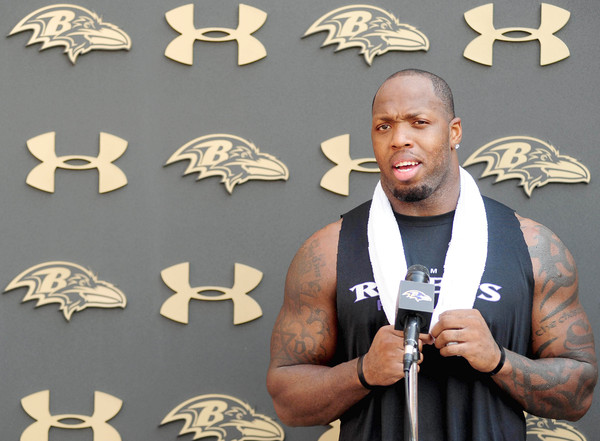 Will T-Sizzle or Fizzle at The Scale?

This coming Wednesday is the day many have been waiting for. What will Terrell Suggs 2016 look like when the “curtain” comes down? Press play for more or read the transcript below…

We learned recently that Terrell Suggs would be among the first three players at the podium when the entire team reports on Wednesday July 27 at the Under Armour Performance Center in Owings Mills.

In some ways the anticipation is akin to the unveiling of a statue.

Will he be sport a bloated waistline or will he be chiseled like we’ve seen on occasion in the past?

Suggs’ conditioning will tell us a lot about his immediate and long-term future.

If he reports in great shape we can interpret his commitment in many ways, among them being that Suggs is focused and determined to have a bounce-back season, set an example for the younger players and allow him to put an exclamation point on what has arguably been a Hall of Fame career.

Should he report looking sloppy the interpretations will be even more bountiful, and none of them good. “He’s checked out”, “He’s mailed it in”, “He’s just collecting a paycheck”, “He’s no leader” and “He’s more interested in being an actor” to name a few. 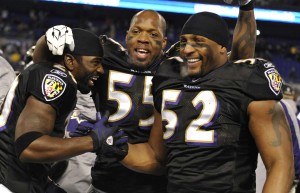 For the record, Suggs is scheduled to make $4M in 2017 and will carry a cap number of $6.2M. Releasing Suggs will generate a cap savings of $1.8M. The guess here is that 2016 will be Suggs’ last in Baltimore regardless of the outcome of his unveiling on Wednesday.

The Ravens hoped that Suggs would emerge as a leader when Ray Lewis and Ed Reed left. And to some degree he has, but Suggs seemingly prefers to be the class clown. And that’s ok, levity is a good thing in the locker room, but Suggs’ behavior isn’t what you look for from the class president.

Whether Suggs shows up looking like a Double Whopper or Lean Cuisine, here’s to a great 2016. If it is truly Suggs’ swansong season, and I think it is, go out in style. Go out with a bang. Go out in a way that leaves them begging for more. Go out and write your place in history.

Standing in the Hall of Fame.