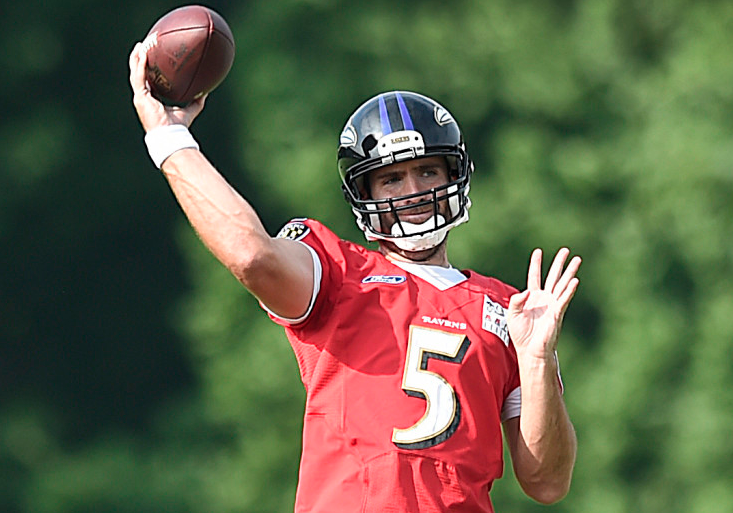 The Ravens have 4 full-team practices in the books and they are just 10 days away from their first preseason game in 2016. Here’s a quick rundown on the studs and duds leading into tonight’s practice at The Bank which is free and open to the public.

Good football teams nearly always start with good quarterbacking and so far it would hard to imagine Joe Flacco being in a better spot than he is now. Joe looks comfortable and if you didn’t know he blew out his ACL 9 months ago, you’d never know he blew out his ACL 9 months ago…Similarly Dennis Pitta looks like the fan favorite of old. He’s moving well, he’s absorbed contact, he dives to make catches and bad hip or no bad hip, he just looks like a really good football player…Pitta shares a great rapport with Joe Flacco as does Kamar Aiken. 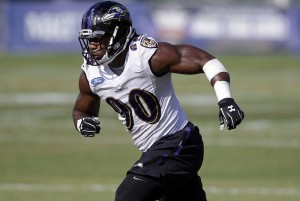 Aiken has picked up where he left off last season and perhaps due to 2015, he plays with a confidence missing 1 year ago. He’s outstanding when making contested catches and judges the flight of passes like a polished MLB outfielder.

Michael Campanaro looks like the player the Ravens hoped he would be. He has been outstanding but I know what you’re thinking. Yes, he has to stay healthy but if he survives camp unscathed, there’s not a chance the Ravens cut him loose.

Other mild surprises in terms of standing out include Kamalei Correa and Za’Darius Smith. Correa will quickly become a fan favorite. He has a high motor, plays fast and attacks. He’s also embracing the teaching of his coaching staff and his development as a pass defender has been impressive. Smith looks stronger and quicker and if you haven’t compared him to Pernell McPhee before, you will this season. Keep an eye on No. 90.

The Ravens may have boxed themselves in with Keenan Reynolds. Many thought he could make an immediate impact as a punt returner and that could be true. The problem is he’s just not good enough as a receiver quite yet to justify the roster spot. There’s still time but Reynolds is behind the 8-ball. I’m expecting a mysterious injury that lands him on injured reserve. 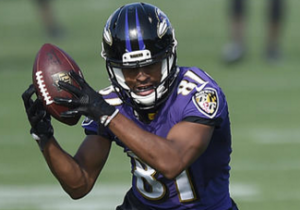 Ryan Mallett has struggled. One might think that he’d come in and look sharp given his somewhat effective baptism of fire in Marc Trestman’s system last season. If Mallett were among the implements of a similar name on a table of Maryland’s favorite crustaceans, he’d be a discarded mallet. He’s been awful. Hopefully he’s just a slow starter.

Injuries continue to be frustrating and therefore duds. Kenneth Dixon has been on the practice field just one day, leaving the field with a tweaked knee that was allegedly so minor that John Harbaugh said he wouldn’t be surprised if he was on the field the next day. He’s missed three practices and it’s hard not to have flashbacks of Perriman’s rookie season…Chris Moore looks great but unfortunately he’s missed two days with another “tweak” per Harbaugh. Tweaks are hazardous in Baltimore.

Lastly and unfortunately, the duds include Jimmy Smith. He’s looked sluggish, slow, stiff and very beatable. Hopefully this is just symptomatic of his offseason surgery to remove screws from his foot. If not, Smith won’t be the starter all season. He’s been frighteningly mediocre.