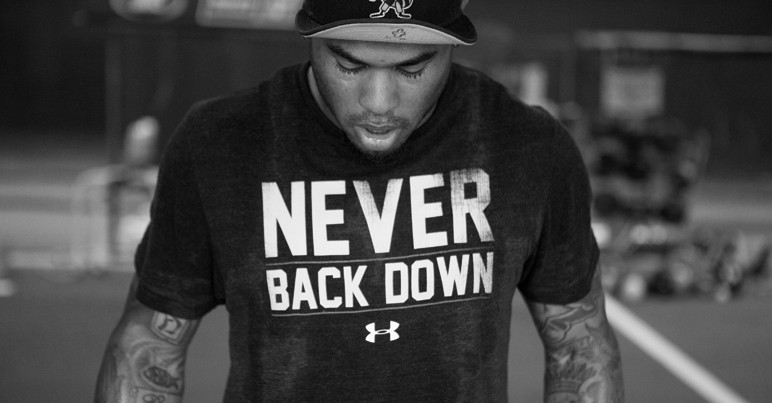 After a heavy workout in his garage, Steve Smith was lying on his back. He thought about what it would be like if he gave up right now. He thought about the possibility of coming back half the player he was before the injury. He thought about how exhausted he was, and he felt sick to his stomach. So, he got up, walks out of the garage, and throws up off a dock. Then, he comes back inside and starts working.

That story perfectly sums up the tone of this entire article, as does this quote.

“I wouldn’t say the ability to overcome things is important to me,” Smith says. “I’d say it’s been the difference between life and death for me.”

Dan Pompei of Bleacher Report has the full story.

Hat tip to our friends at Baltimore Beatdown for discovering this one. Colin Cowherd of Fox Sports 1, the network whose only likeable personality is hidden in the Wednesday at midnight slot, ran through all 32 teams and described them in three words. For the Ravens, he chose “the wrong Harbaugh.” That’s funny; I don’t seem to recall Ozzie and Harbaugh having issues and ending his tenure after four years…

Here it is, if you want to watch. He doesn’t elaborate, so it’s not really worth it.

Clifton Brown of CSN Mid-Atlantic elaborates on yesterday’s release of Trent Richardson. Now, I know people make a lot of jokes at Richardson’s expense, but I’m blind to any I could make right now… But seriously, best of luck to you, Trent. I know how hard you were working to make this season your best. Unforutantely, that didn’t happen.

Our founder and my father was on The Scott Garceau Show with Jeremy Conn on Monday talking Ravens training camp. Go ahead and give it a listen below.

Kamalei Correa’s response to Joe Flacco getting in his face