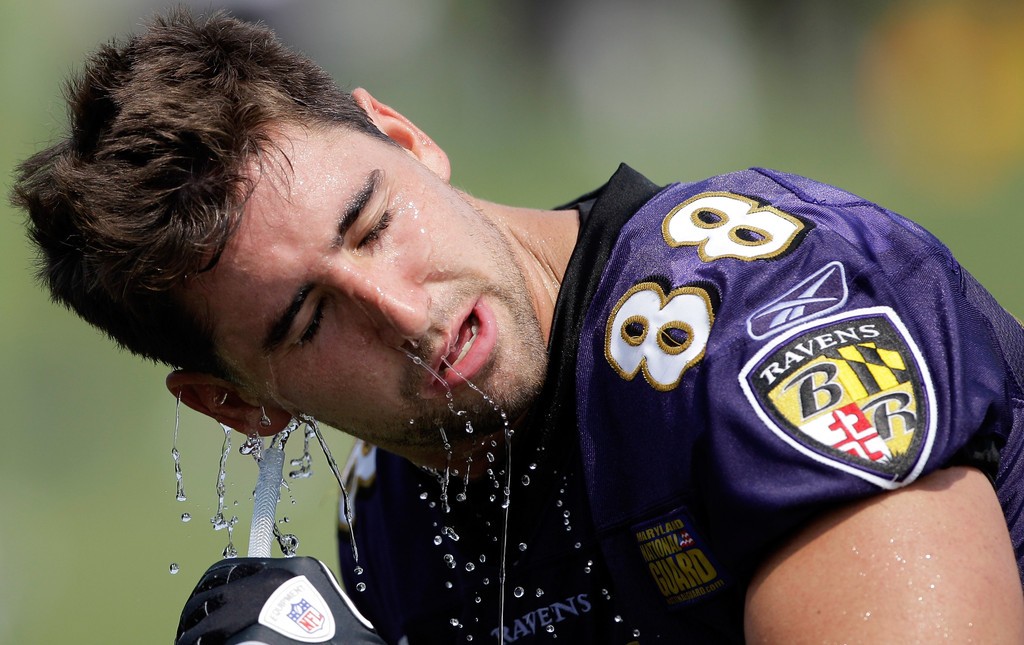 Whether it be on message boards, Twitter or Facebook comments, it’s hard for me to understand the vitriol aimed at Ravens tight end Dennis Pitta.

The comments swing from “wasted roster spot” to “made of glass” to “the Ravens are soft for bringing him back”, plus many points in between. But let’s consider for now, these three comments.

As for Pitta being a “wasted roster spot”, the Ravens have 90 players in camp, 41.1% of which will not make it on the final 53-man roster. One spot for a productive pass catcher who made some very big plays during the Ravens Super Bowl drive in 2012 and you object to that? Have you looked at the 90-man roster? Well for starters there’s a second kicker from Georgia State and a corner from the great Missouri Western State.

So giving Pitta one of those 90 is wasted? C’mon man!

Ah, but you say he’s “made of glass” so why bother! 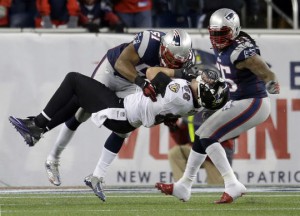 Let me refresh your memory for a moment. Remember when the Ravens beat the Patriots in the 2012 AFC Championship Game? Of course you do. Well just prior to their go ahead score to put them up 14-13, Joe Flacco hit Pitta with a 5-yard pass to the New England 5. Jarod Mayo blew up the Ravens tight end with a vicious hit to the helmet.

Pitta’s head snapped back like he was a Pez dispenser.

The groggy player — you know the one made of glass, dusted himself off, got back in the huddle and on the very next play caught what would prove to be the winning score.

Now as for the Ravens being soft for bringing Pitta back, tell me, what do they have to lose? They essentially restructured Pitta’s deal to the point that giving him one last opportunity to make a comeback has very similar cap consequences as cutting him loose. Pitta agreed to take a $4M pay cut AND he agreed to an injury waiver.

Pitta is accepting the financial responsibility for an opportunity to compete.

So, to you people who think the Ravens are soft and singing Pitta silly love songs, I have to ask…”What’s wrong with that?”