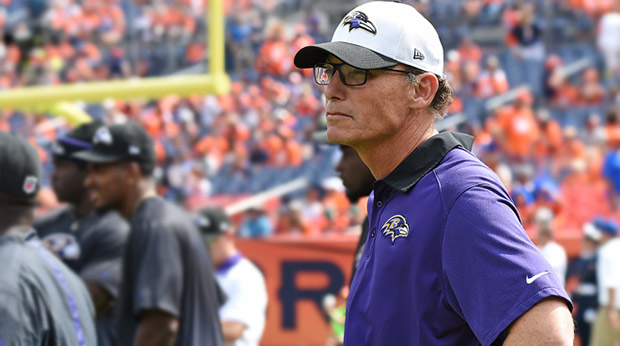 Perhaps more so than ever before the Ravens have the weapons to be a top 10 offense in the NFL.

In the backfield the team will most likely carry Justin Forsett, Buck Allen, Terrance West and rookie Kenneth Dixon. Forsett brings a veteran presence while Allen in some ways, is a younger version of Forsett. West provides good vision, change of direction skills and a wallop that escapes Forsett and Allen. While Dixon provides explosiveness, shiftiness and open field elusiveness that hasn’t been part of the Ravens offense since a young Ray Rice donned the purple and black.

At tight end the Ravens have the accomplished Ben Watson who looks far younger than his 35 years on the planet. Supporting Watson is the promising second-year player Maxx Williams; a rugged Gronk-like physical tight end who not only seeks contact, he enjoys it – namely Crockett Gillmore. And of course a very accomplished player who many counted out, me included, in the form of fan favorite Dennis Pitta.

The suspended Nick Boyle and Darren Waller, along with Dan Brown round out the group. At least a couple are soon to be former Ravens.

And then there’s the wide receiver corps.

The Ravens have the opportunity to field an impressive group of receivers with complementary skills that could give them their most versatile corps in their 21-year history, anchored by future Hall of Famer Steve Smith, Sr. who was on track for a 1500-yard season before rupturing his Achilles in 2015. 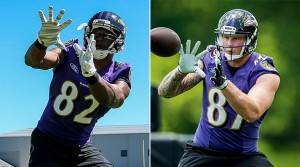 This season Smith will be supported by a trio of speedsters in the forms of Mike Wallace, Breshad Perriman and Chris Moore. Rounding out the group are Kamar Aiken, an Anquan Boldin-like physical player with excellent ball skills; Michael Campanaro, a player who is a challenging matchup for even the most agile nickel corner; the smooth route runner in Jeremy Butler and the tall, angular red zone target – Chris Matthews.

Add it all up and it’s enough to make Offensive Coordinator Marc Trestman feel like a kid on Christmas morning, provided of course that this very impressive collection of talent can stay healthy AND provided the Ravens can adequately protect their franchise quarterback.

If the Ravens are blessed with a healthy season, Trestman’s troops just might put up flashy numbers that up to now seemed like science fiction here in Baltimore.

May the force be with you Joseph Vincent Flacco.