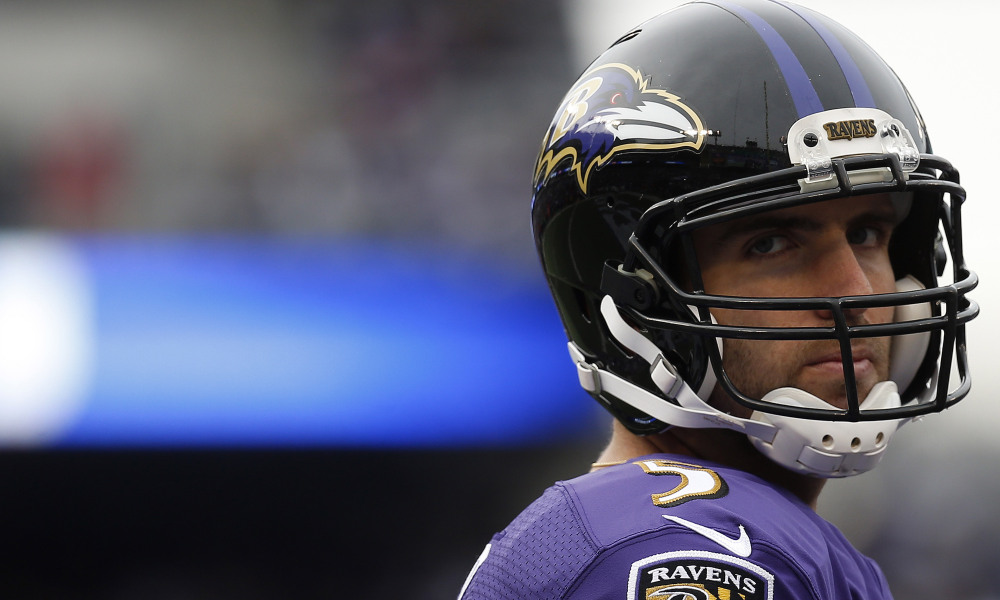 No Improvement, No Playoffs

Joe Flacco gets a hall pass from most Ravens fans because during his career in Baltimore Joe has developed a reputation for being a winner given his success in the playoffs, given his ring and given his Super Bowl MVP status.

Flacco cashed in on his postseason success and landed what was in 2013 the biggest NFL contract of all time. Recently he restructured his deal and remains one of the highest paid players in the league.

Unfortunately for the Ravens, Flacco is NOT playing to the level of that contract.

Since the Super Bowl Flacco’s passer rating is 81.8. Plug that into the passer ratings for QB’s in 2016 and Joe would place about 25th.

Don’t buy into the passer rating as a barometer for success? How about Pro Football Focus’ formula for grading quarterback efficiency. They rank Flacco as the 17th best quarterback.

That’s not good enough. All of those playoff wins from the past don’t matter today. Sentimentality doesn’t win football games. Competency does.

When you’re paid as one of the best you have to play as one of the best regardless of the adversity surrounding you. Why? Because the cap dollars invested in the expensive quarterback prevent a team from paying for a better supporting cast, like Joe had during all of those playoff wins when he was still on a rookie contract. Then he didn’t eat up so many cap dollars.

Those playoff wins were great but if the Ravens and their fans want more, Joe is going to have to step it up. There’s no getting around it.

Eventually that hall pass will expire.