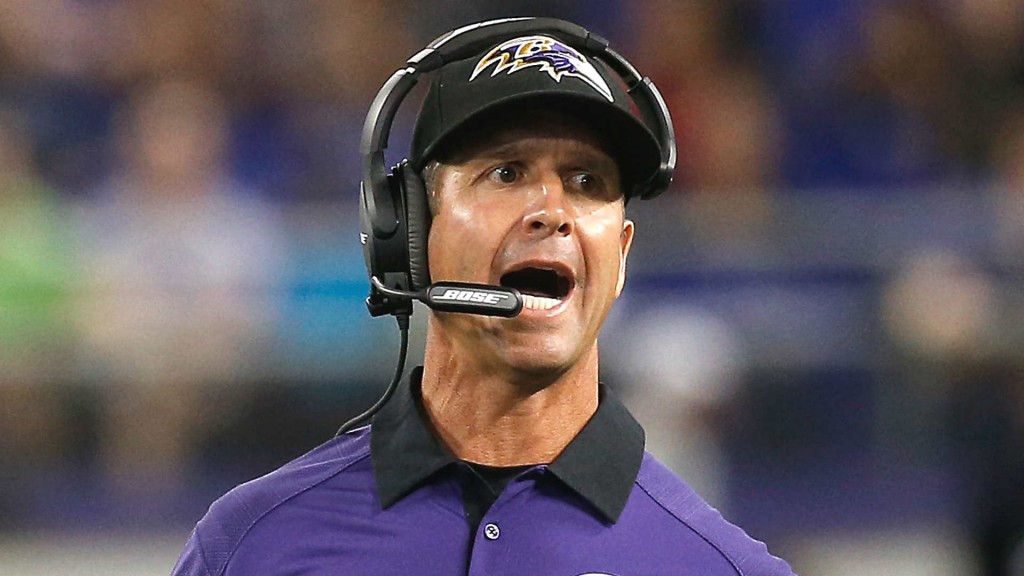 Ravens Coach Has Been Criticized

Baltimore Ravens head coach John Harbaugh has been criticized following the team’s 28-27 loss to the Oakland Raiders and irrational fans are now calling for Harbaugh’s head. Press play for more or read the transcript below…

Last night I watched an episode of Ravens Wired and they had Terrell Suggs mic’d up during the game. At the 14:57 mark of the fourth quarter and down 14-12, Joe Flacco fumbled the ball over to the Raiders, recovered at the Ravens 29. Three plays later the Raiders faced a fourth and 6 at the Ravens 25. But on the play Raiders guard Gabe Jackson was flagged for unnecessary roughness.

Suggs was heard saying, “We’re going to decline this, right?”

THAT would have been the right call Sizzle, but instead of forcing the field goal, a clear moral victory given the turnover just 4 plays prior, John Harbaugh accepted the penalty and gave the Raiders another chance to secure the first down.

Two plays later they did exactly that and then they navigated their way into the end zone to jump ahead 21-12 – a two possession lead, in the fourth quarter.

It was a boneheaded move by a coach who knows better and on Monday some emotionally intoxicated fans were calling for Harbaugh’s head.

Relax. They’ll get it right.

Maybe Harbaugh isn’t yet the strategist that Bill Belichick is, perhaps he’ll never be. But I can tell you that his players care about his success because he genuinely cares about theirs. In part that’s why when the 2015 season was lost, players still played hard and with Harbaugh’s influence they see each day as an opportunity to improve. And if that’s their work ethic they eventually WILL improve.

These aren’t just words. The players believe them. They echo Harbaugh’s teachings. It resonates and the dividends await.

The Ravens are a work in progress and in some ways so is John Harbaugh.

In some ways, aren’t we all?