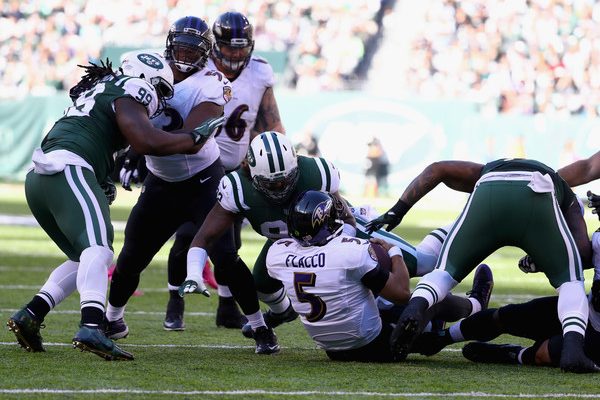 So Bye Week 2016 is in the books and to borrow from Bill Belichick, we’re on to Pittsburgh.

It will be interesting to see just how intense the crowd is out there at M&T this Sunday. Generally speaking, crowds have not been as vocal, there are more empty seats than during past seasons and fans of visiting teams are more common.

If fans are as indifferent towards the Ravens in Week 8 as they were in Week 4 against the Oakland Raiders, and then the Ravens were (3-0), it would be no surprise to see 15,000+ Steelers fans at The Bank this Sunday.

During the bye, like many of you, I took some time to watch other teams around the league on both regular game broadcasts and the NFL Red Zone. A few observations:

Add it all up and the game is nowhere near as exciting.

Add it all up and the NFL has a problem.

Add it all up and the Ravens still have a chance in the watered down, unimpressive NFL.

I don’t know why, but while watching the games yesterday, Dire Straits’ song, “Money For Nothing” popped into my head but yesterday, the way it played in my head went like this:

Back to the Ravens, they still have a fighting chance. The Bengals tied the Redskins in London leaving them at (3-4-1) and the Browns fell to (0-8). A win on Sunday against the Steelers puts the Ravens atop the AFC North.

And while the league’s play is just flat out sloppy unless your boss is Bill Belichick, it just seems like the Ravens play a different game than most teams. Their level of sophistication and ingenuity on both sides of the ball seems so behind the times. They are the VCR to the Go Pro for other teams; a pay phone to an iPhone; a Walkman to an iPod; an Etch-o-Sketch to an iPad.

It’s there for the taking John Harbaugh & Company.

I can fax you proof.

Hey, anyone want to buy my Blockbuster membership?