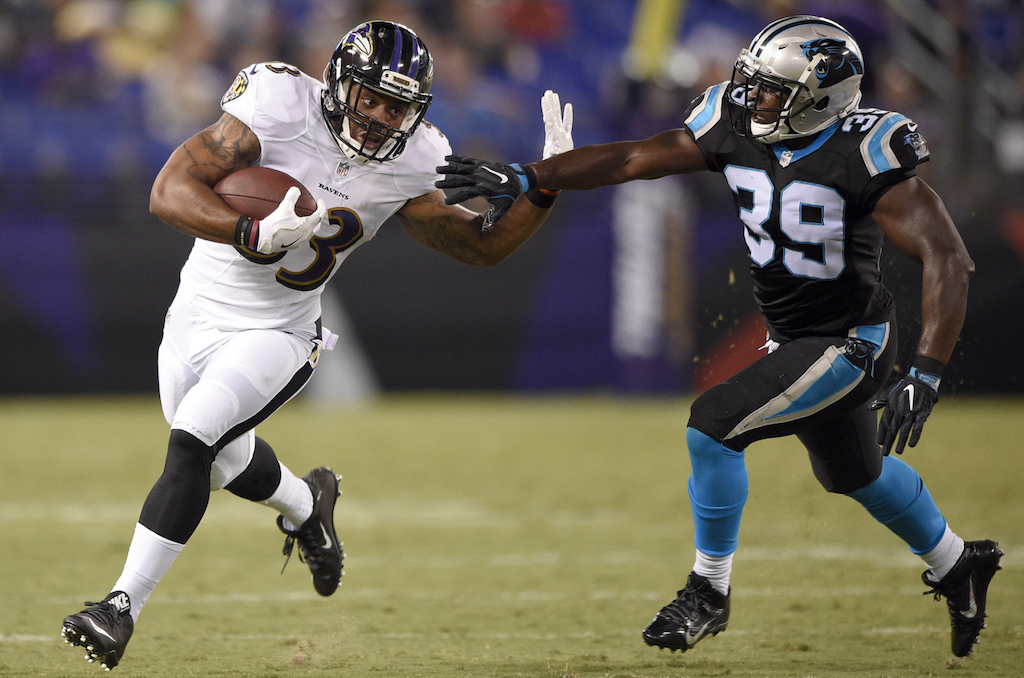 Yesterday we learned that the Ravens parted ways with RB Stephen Houston, releasing him from their practice squad. The move triggered little response, deemed by most fans as insignificant – just another moving piece along the bottom rung of the Ravens player personnel.

In the grand scheme of things AS FANS of the team, they are right. But the release, as insignificant as it may seem from the outside looking in, is VERY significant in the life of Stephen Houston.

Houston’s dream was to play in the NFL.

The Little Rock, Arkansas native bounced around a bit as a high schooler, eventually landing in Ohio – something that he would later say was the best thing that ever happened to him.

He attended Lakota West High School in Ohio, and as a senior Houston rushed for 887 yards and scored 11 touchdowns. He would attend Independence Community College, in Independence, Kansas in 2010. There Houston averaged 6.6 yards on 165 carries. The following season he moved on to Indiana.

Yet Houston wasn’t invited to the NFL Combines.

When Indiana hosted their pro day in 2014 NFL scouts discovered a 6’, 230 pound running back who ran a 4.42, 40-yard dash, had a 40” vertical and bench pressed 225 pounds, twenty-four times. It still wasn’t enough. Houston went undrafted.

Stephen bounced around NFL practice squads – Pittsburgh, New England and then Baltimore. While sitting in as a host on the Terrance West Show, Houston was a guest, and I asked him about his experiences on those practice squads. In so many words, he basically said that they were part of the journey that brought him to Baltimore, part of the path to an NFL career.

And then he said, “I’m just happy for the work.”

Happy for the work…

The work was taken from Houston when the Ravens parted ways with him, a parting that few noticed.

A parting, that for a young man from Little Rock with a dream, was hardly insignificant.