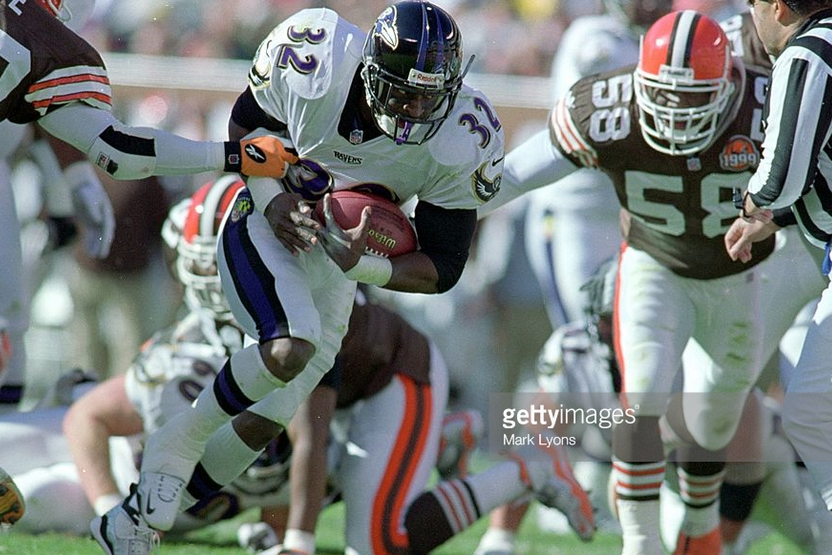 In 1996, the Cleveland Browns became the Baltimore Ravens.

In 1999 (unlike when the Colts left Baltimore), Cleveland got its team, colors, and records back.

As fate would have it, upon their return to the NFL, the Browns would join the AFC Central–the same division the Ravens were in. Their first game against each other took place on September 26, 1999 in Baltimore at what was then called PSINet Stadium.

Although the Ravens were at home and had been together for a shade over three years at that point, their overall record was 16-33-1–not exactly that of a juggernaut.

New head coach Brian Billick had lost his first two games by a combined score of 50-30. His team was averaging 15 points per game early in the 1999 season, which was something he was surely displeased with. One year prior, he was the offensive coordinator of a Minnesota Vikings team that scored an average of 35 points per game.

That game was a typical AFC Central (now, North) clash. Close, hard-fought, and dominated by defense. Both Baltimore and Cleveland forced three turnovers and notched four sacks. Each quarterback’s completion percentage was below 50 percent (Stoney Case: 12-for-25; Tim Couch: 13/32). Each team was also very poor on third down (Baltimore: 2-for-13; Cleveland 2-for-15).

Needless to say, points were at a premium. And, albeit extremely early, Brian Billick’s resume’ was in jeopardy, as he was staring at an 0-3 start to his head coaching career.

Perhaps the defining portion of that game was the first half. In the first 30 minutes, Baltimore’s offense committed two turnovers and only gained 118 yards of offense. But, they did manage to score 10 points. Cleveland’s offense, on the other hand, had seven first half drives which consisted of six punts, one fumble, and zero points.

It wasn’t until the beginning of the third quarter when the Browns scored a field goal. Two drives later, however, the Ravens scored a touchdown which boosted their lead to 14 points (17-3).

The final score of that game was 17-10. Thanks to Errict Rhett (140 total yards) and Peter Boulware (two sacks), this series (and Billick’s head coaching career) got off to a winning start.

It would pave the way to what is now absolutely a one-way street between the two clubs. The Ravens have won 16 of the last 18 games that they’ve played the Browns, and 27 of those 36 games overall. Baltimore’s winning percentage against Cleveland is .750, which is the 2nd-highest winning percentage they have against any team they’ve played at least 10 times (Jets, .800).

While that late-September meeting between the Ravens and Browns was closely contested, the series hasn’t been. Baltimore has a 17-4 advantage in games decided by double digit points. The longest winning streak for each team in this series: Baltimore 11, Cleveland 2.

This isn’t a rivalry, per se. The Browns don’t win enough for these games to cause doubt in the minds of Ravens fans. The Browns have proven they’re a model for dysfunction and failure, year after year.

But without the Browns (and of course, the late Art Modell), the Ravens wouldn’t exist. From that standpoint, and considering what Colts fans felt on March 28, 1984, it causes me to wonder if Baltimore fans ought to be more empathetic toward Cleveland fans.

I know many of them hate us, but what reason do we have to hate them?