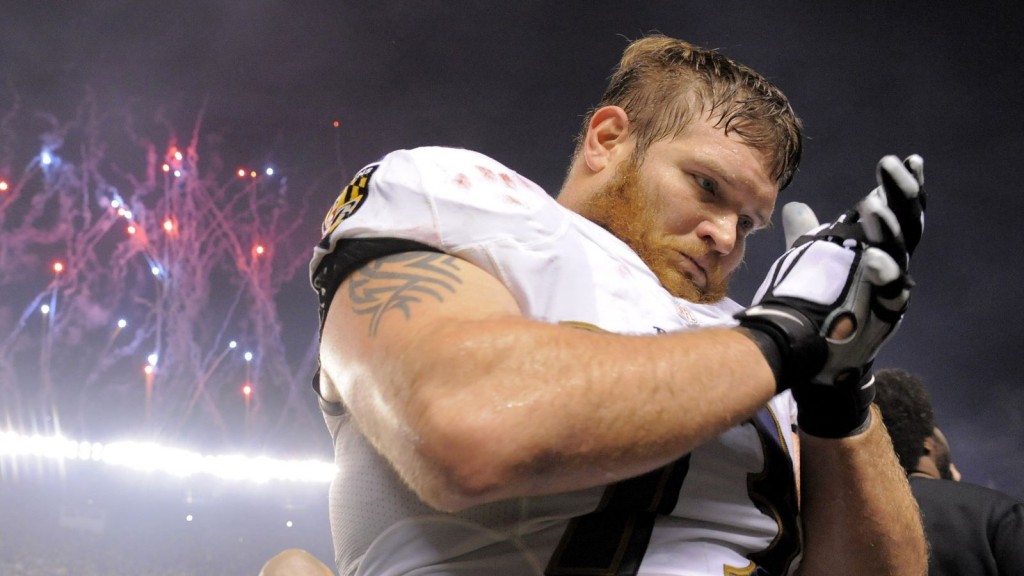 For years Marshal Yanda has been the Ravens best player and it’s not even close.

He’s tough, he’s gritty and his willingness to fight through pain for the benefit of the team has earned the respect of his peers. That’s why, despite his naturally quiet demeanor, he’s emerged as a team leader.

One day during training camp in 2012, practice had ended and John Harbaugh, just as he always has, brought the team together to recap practice and set the stage for upcoming team activities. But before the gathering broke Harbaugh gave the floor over to Yanda.

The chatter amongst 90 teammates that hovered like a buzz even as Harbaugh addressed the group, stopped. It was like a night in the forest punctuated by chirping of crickets that suddenly went into mute.

From the media’s vantage point, Yanda’s words were inaudible. But judging from the silence and the way Yanda’s teammates seemingly hung on every word of the perennial All-Pro, the message hit its mark.

When Yanda finished his teammates chanted his name.

Later we learned from Coach Harbaugh that a new theme was born – EMBRACE THE GRIND.

Fight the heat; beat your man; give all you’ve got; go the distance; keep your eyes on the prize; work through the pain; “embrace the grind.”

Yanda has fought through pain before. He has continued to play with injuries that may have ended the season of others without such uncommon tolerance. Eugene Monroe immediately comes to mind.

But this season Yanda has missed three games due to a shoulder injury and this Sunday in Dallas is likely to be his fourth. Between 2010 and 2015 Yanda missed only 2 of a possible 106 games. It’s cause for concern.

Maybe the Ravens will pick their spots when playing Yanda depending upon the talent of the opposing front seven.

Time will tell but without Yanda, the challenges for the league’s 25th ranked offense are far more daunting.