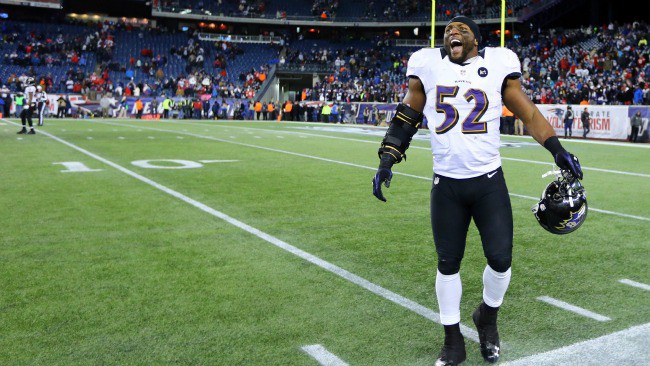 Taking Down The Patriots

I was on StubHub, ready to book my Super Bowl XLVI ticket, as well as a flight to and a hotel room in Indianapolis.

On my birthday, I was watching it all happen. Joe Flacco was driving the Ravens down the field–the Patriots field. The Ravens were about to silence all the doubters on the biggest stage they’ve ever been on, against the best player/coach combination in NFL history. I was going to the Super Bowl.

Or so I thought.

Lee Evans had the ball in his hands. At the very last moment, though, Sterling Moore made an amazing play to ensure it wasn’t in Evans’ hands long enough to be considered a catch.

Well, at least Billy Cundiff had a chip shot field goal attempt to extend the game.

I was silent. I didn’t know what to think. It was shocking, truly. Baltimore had just taken New England’s best shot, and was about to knock them out of the playoffs, on its way to the Super Bowl. Yet, Evans dropped the ball, Cundiff missed the kick, and the Ravens were done.

To this day, I still can’t believe that game ended the way it did.

The Patriots won, 23-20. However, a rematch 364 long days later would provide sweet redemption.

After an up-and-down season, which included a change at offensive coordinator, a re-shuffled offensive line, and a 1-4 December record, the 2012 Ravens were back in the playoffs. They’d just won the AFC North and were one step closer to avenging their heartbreaking loss to the Patriots in the most recent AFC Championship.

In the wild card round, Baltimore handled the Colts with relative ease, 24-9, in Ray Lewis‘ last home game. Then, in an epic divisional playoff game in Denver, the Ravens were victorious in double overtime, despite playing an excellent Broncos team for 4 hours and 11 minutes in 2-degree temperatures.

The Ravens and Broncos scored the same amount of points through the first five periods of the game. Jacoby Jones made the play of his life (to that point), as Flacco launched a desperation pass deep down the field as the seconds were ticking away. Finally, Justin Tucker finished the job as he converted a 47-yard field goal to win the game, 38-35 (2 OT).

The stage was set. Baltimore was back in the AFC Championship game.

Their opponent: the Patriots.

Both games turned out to have some key similarities. In the 2011 AFC Championship and in the 2012 AFC Championship, the Patriots turned the ball over three times and the Ravens won the time of possession battle.

Additionally, the 2012 AFC Championship was the fifth time in Brady’s playoff career that he was held to a negative TD/INT ratio (31 games). Also in that game, Brady was limited to a quarterback rating of 62.3–the fifth-worst rating in his playoff career.

Baltimore fans had hoped that if the Ravens got back to New England in the playoffs, they wouldn’t suffer a similar fate to the heart-breaking loss on 1/22/12. Fortunately for them, the Ravens were on a mission and weren’t going to leave Massachusetts without a victory on 1/20/13.

Leading 21-13 early in the fourth quarter, Baltimore still had plenty of work to do. New England had the ball down by one score with 14:56 remaining. The Patriots ran three times for 11 yards, then completed a pass for 12 yards.

On 1st-and-10 from his own 39-yard line, Ridley rushed for eight yards before Pollard hit him so hard he fumbled the ball and looked to be out cold. It was as emphatic a hit as you’ll see.

Physically and emotionally, that was the stamp of victory for the Ravens.

As a result of that hit, the Ravens stopped the Patriots offense (which is no small task), got the ball back on New England’s 47-yard line, and released all of their frustration from the crushing loss they endured one year prior.

It took four plays for Flacco to connect with Boldin in the end zone once again; this time on an 11-yard strike.

The final score was Baltimore 28-13. Looking back on that game, it’s safe to say the Ravens didn’t just beat the Patriots, they dominated the Patriots.

The Ravens, that’s who.

Baltimore’s offense was led by Flacco (240 passing yards, three touchdowns), Bernard Pierce (52 rushing yards), and Anquan Boldin (60 receiving yards, two touchdowns). It was Boldin, though, who made the difference. No one on New England’s defense could cover him, or match his physicality.

This Monday night, almost four years later, Baltimore gets to go to New England once again for a big-time primetime clash. Just like last time, they’re returning to Foxborough after their previous game against the Patriots was another away playoff defeat, lost late in perplexing, depressing fashion.