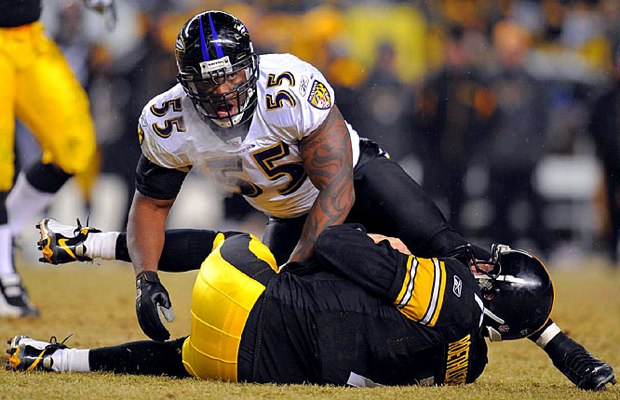 “You are what your record says you are.” ~ Bill Parcells

And for the Ravens they are a second place team knocking on the door of first place in the AFC North.

The 2016 season has been a journey. There were wins along the way just waiting to be scooped up by the Ravens, yet they failed at least once in The Meadowlands and twice at M&T Bank Stadium against the Raiders and Redskins. Things could be different for John Harbaugh & Co.

You are what your record says you are.

But what the Ravens have done up to now doesn’t affect what unfolds on Heinz Field during the evening of Christmas Day. The season is a work in progress. In ways it’s a learning curve and it’s up to the Ravens to interpret the lessons of the season in a meaningful way – in a way that allows them to outscore the Steelers on Sunday and take possession of first place.

The NFL is a here-and-now business. Past accomplishments are easily forgotten if you fail today. Yesterday’s failures are swept away by success in the moment, provided of course you are still contending for a championship.

In 2012, following the unforgettable 4th-and-29 conversion, the Ravens advanced to (9-2), a record that today seems so un-Raven-like. Things looked great as the team returned home to host the (6-5) Pittsburgh Steelers.

And then they lost two more, including a loss to the Peyton Manning-led Broncos by the score of 34-17, a score that doesn’t truly reflect how badly the Ravens were beaten.

The Ravens finished that season (10-6) and 27 days after getting pasted by Denver, the Mile High Miracle happened. And we all know what came after that.

So yes it’s true, you are what your record says you are – at a moment in time.

But as we’ve seen before, things can and do change.

They can change in one game, one play.

You only need a chance, and on Sunday the Ravens will get theirs.

Sunday is all that matters.