It was a game for the ages – an instant classic, a Christmas Day game that everyone across the country could enjoy, featuring two teams, two bitter rivals that during the season of giving, tried to wrestle from each other the title of the AFC North.

It was a game that in many ways was a microcosm of the Ravens season – a season during which they couldn’t put teams away thanks in part to a defense that was nothing more than an inviting Christmas door mat; nothing more than a marshmallow world in the winter, when Dean Pees’ unit gave up too much ground, and failed to protect a lead again and again. 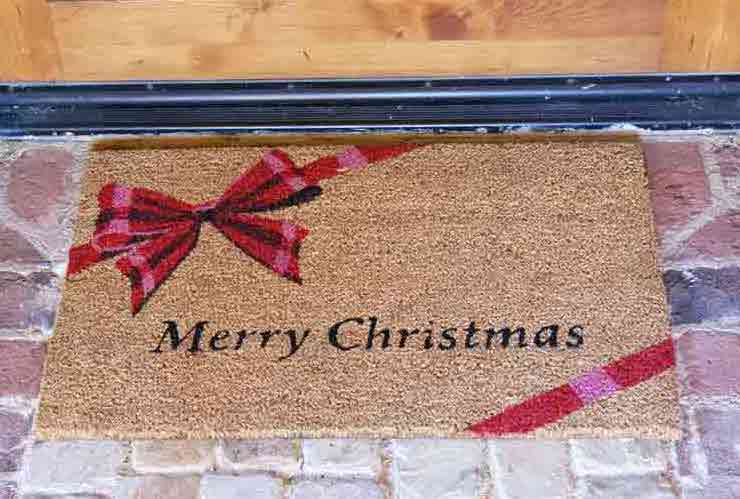 In the end the Ravens and their fans were left without the gift that was momentarily theirs, a Christmas present stolen away by the Steelers and their incomparable posse of playmakers during a 4th quarter when Pees had no answers for Pittsburgh’s Killer B’s.

Today, as the tinsel and dust settle, the Ravens will undoubtedly be looking ahead to 2017, Cincinnati be damned. Owner Steve Bisciotti will demand solutions. Assistant coaches will be reaching out to their brethren across the league just in case there’s a shake up in the coaching staff. Players will ponder their futures in Baltimore.

That’s the way it is in the NFL when your team makes it to the playoffs just once in four seasons.

It will be an interesting offseason beginning with the State of the Ravens press conference sometime shortly after the Bengals game. But until then…

Kenneth Dixon chipped in with a very determined effort, grinding out 57 rugged yards on 12 carries (4.8 YPC)…Kyle Juszczyk made some key blocks, was efficient in pass protection, picked up a key first down on one run and his second run, a spectacular score from 10 yards out could have been a game winner if not for the sieve that is the Ravens fourth quarter defense…Dennis Pitta was effective finding soft spots in the Steelers zone coverage and contributed 8 catches for 75 yards…Steve Smith, Sr. continues to bely his age and tallied 7 catches for 79 yards and a score. His combativeness and fiery competitive spirit embodies what it once meant to Play Like a Raven. He will be missed.

The Ravens offense was productive on third down converting 9 of 17 opportunities (53%)…Lardarius Webb chipped in with the best performance by a member of the secondary. He had 9 tackles and his assignments were not regularly targeted…Tavon Young, save the 35-yard penalty for DPI, covered well. He was just one turn of the head from defending the flagged play in textbook fashion…Zach Orr rebounded from a shaky performance last week against the Eagles and after getting trucked by Le’Veon Bell on the Steelers first play from scrimmage. He had 8 tackles and an interception…C.J. Mosley had a nice interception after quickly diagnosing play action and dropping back into his zone…Sam Koch helped eliminate Antonio Brown as a weapon in the Steelers punt return game with 3 well placed kicks inside the 20-yard line. Pittsburgh had 0 punt return yards…And of course there’s Justin Tucker doing Justin Tucker things. He was 4-for-4 connecting from 41, 38, 46 and 23.

Joe Flacco’s accuracy in the first half was off even on short passes, primarily because of poor mechanics. He would correct the problem at halftime in a big way…Dixon’s pass protection needs a lot of work. His inefficiencies paved the way to Flacco getting pummeled by Lawrence Timmons…Ravens receivers that didn’t have “Smith” on their back had a bad day. Mike Wallace failed to finish a well-designed bubble screen and generally looked uninterested after being hit hard on the game’s first play from scrimmage…Breshad Perriman once again broke out his Roberto “Hands of Stone” Duran impression. He dropped one, double-clutched another and while it was a tough play, he failed to go up and make a contested catch of a 23-yard Flacco pass in the end zone on the Ravens second possession, you know the kind that first-round playmakers make…Kamar Aiken looked clueless on a well-placed throw from Flacco down the left seam that should have produced a significant gain late in the 4th quarter…Darren Waller has to make that catch in the end zone, a play that triggered frightening flashbacks of Lee Evans…The Ravens were penalized 7 times for 95 yards (50 yards more than the Steelers). Jeremy Zuttah’s holding that negated a first-and-goal at the Steelers 8 following a nice Dixon run of 14 yards, was arguably the costliest other than Young’s DPI.

When you factor in the botched field goal attempt, the Waller drop and the Zuttah holding call, the Ravens left 7 to 11 points on the field…The Steelers offensive line dominated the Ravens defensive front during crunch time. Ben Roethlisberger had far too much time to set and throw and when you mix in an overmatched secondary missing Jimmy Smith, it was a recipe for disaster…I can’t recall a worse game from Terrell Suggs. He was a complete non-factor rushing the passer, and in an out-of-character kind of way, he was a liability in run defense, failing to hold the edge on a couple of big runs by Le’Veon Bell. He did not record a single defensive statistic!

When it mattered most Joe Flacco stepped up. He shook off dropped passes, poorly run routes, miscues in pass protection by his running backs and play calling in the first half that failed to flood the Pittsburgh zones. He did what a franchise quarterback is supposed to do – fight off adversity and rise to the occasion. His numbers won’t support the Player of the Game honor, but a lesser player tonight could have crumbled. Even the signal caller on the other side of the field could not have been as productive as Flacco under such circumstances.

It will be interesting to see how the Ravens handle 2016’s finale in Cincinnati. It has all of the makings of a mail-it-in game and it will be the first time in Joe Flacco’s career that he’ll take the field without playoff consequences. That’s a testament to the organization’s success since Flacco and John Harbaugh arrived on the scene. But you have to wonder if significant changes loom.

The Ravens have given up far too many leads this season. And you can look at each game (if you want) and explain it away to injury, to execution or to inexperience. You can even play “the other guys get paid too” card if you like. But the Ravens defensive issues aren’t just symptomatic of the things all teams encounter during the course of a season. These issues are lingering issues, issues that have hung around for years as the Ravens time and time again relinquish leads. It has to be a defensive philosophical flaw and it has to change. Unfortunately, the change won’t come without a change in coaching personnel.

Dean Pees has to go.

Offensively the Ravens have too much talent to be the 19th ranked scoring offense and the 20th ranked team in yards per play (5.2) despite leading the league in pass attempts with 628. The lack of balance is staggering (28th in rushing attempts). We’ve heard all year about the importance of the running game yet nothing changes. It’s time for another change at OC.

Marty Mornhinweg has to go.

The Ravens have missed the playoffs 3 of the last 4 seasons. Their fan base and drawing audience is as small as any NFL team given that they are boxed in by the Eagles to the north, the Steelers to the west, the Redskins to the south and the Atlantic to the east. It’s unlikely that they can erode into the periphery of those fan bases given that they are among the most established in football, without consistent winning. It’s unlikely that the Ravens can reach over those borders without uncommon success. And without a winner, the Ravens could lose from their own fan base on the periphery.

So sitting back this offseason without changing the direction of the team would be a big mistake and at minimum it has to start at the coordinator level. Bisciotti needs to usher in new hope otherwise it could hurt business.

But should new hope arrive in the form of a new head coach as well?

John Harbaugh’s current contract runs through the 2017 season. It would be outside the norm for a head coach to take the reins of a new season as a lame duck. If things go awry early, he’ll lose the locker room. Players don’t attach themselves to a head coach possibly on his way out. So if Harbaugh does return in 2017, he’ll need a new deal. But Steve Bisciotti has been burned in the past by such a deal – that with Brian Billick back in 2007.

The guess here is that Harbaugh will be back and he’ll get a one-year extension through 2018. But make no mistake about it – it will be a do-or-die season.

It is possible that Harbaugh could refuse such a deal and seek employment elsewhere. And he’d probably get it, and quickly.

We have probably seen the last of Elvis Dumervil as a Raven. The price-performance just isn’t there and given his age and recent injuries, Doom’s best days are behind him – WAY! He’ll be gone.

Dennis Pitta has had a productive season. He ranks third among tight ends with 75 catches but he ranks last among the top 20 tight ends with an average of 8.5 yards per catch. However, his $1M base salary falls outside of the top 35 highest paid tight ends. Pitta is likely to move on unless he’s willing to continue to be paid as a backup.

Has Rick Wagner played his last down as a Raven? He’s in concussion protocol and it would be senseless to dress him for a meaningless game. Perhaps this is a perfect opportunity to let Alex Lewis play at right tackle. It would be a great audition and help the Ravens determine if they will move away from Wagner who is a free agent in 2017.

Brandon Williams has slumped in recent weeks and that’s bad timing given his pending free agency. There’s better than a 50-50 chance that he too is gone. The Ravens need to invest in playmakers and they’ve had a long history of finding guys like Williams to serve as run stuffers. Besides Michael Pierce, Carl Davis and Willie Henry return in 2017. 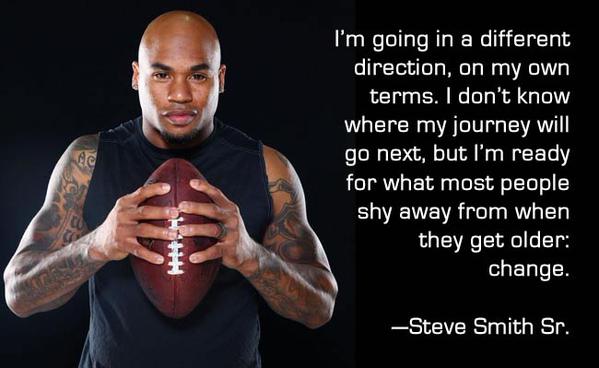 Steve Smith, Sr.’s contract is expiring and even if he is coaxed into playing again in 2017, you have to wonder if it would be as a member of the Ravens. It’s a shame that during his 3 seasons in Baltimore he only had the chance to play in 2 playoff games. If a ring motivates him to try it for one more season, it’s unlikely to be in The Land of Pleasant Living.

And this brings me to Terrell Suggs.

Sizzle has done more in 2016 than I expected, particularly playing through a biceps tear suffered on October 16 against the Giants. Perhaps that’s what contributed to his unusually poor performance against the Steelers last yesterday. Suggs is set to earn $4M in 2017. Releasing him would save $1.05M in cap space. He will be 35 next October and if he returns as he’s said, and there’s little reason to doubt him, it will be his 15th season.

That’s a long time for an edge-rusher to play, particularly one who fought through injury in 2016 and missed all but 3 quarters of the 2015 season.

With every season there’s change.

The Ravens dosage of change this offseason is likely to be unusually large.