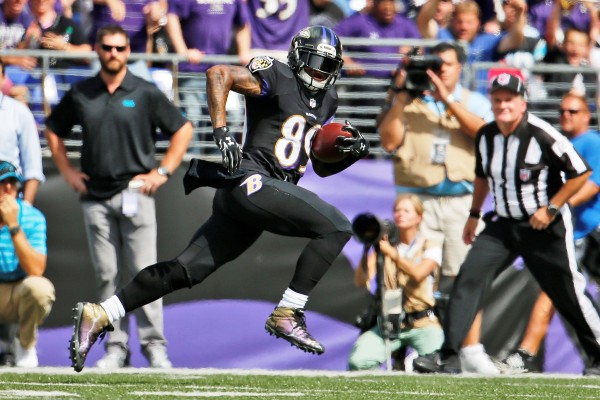 The Baltimore Ravens have struggled to find an identity. They pass more than all other teams yet they are 900 passing yards behind the league leader, and therefore they aren’t thought of as a prolific pass offense.

They run it less than 27 other teams so it’s safe to say they aren’t rushing dependent. No one game plans to stop the Ravens running game. They do that by themselves.

Defensively the Ravens are ranked 5th overall but given the multiple leads they’ve lost in the fourth quarter and their 23rd ranked passing defense, it’s hard to get excited about the defense – something that for nearly 2 decades was synonymous with the name, The Baltimore Ravens.

But one thing the Ravens are is tough and perhaps the toughest among them, particularly pound for pound, is Steve Smith, Sr.

Smith exemplifies the often recited credo, Play Like a Raven. If that credo was captured with an image, the poster child would be Smith. But now Smith is going away – he’s retiring and soon that conjured image will be missing its star.

When Smith first arrived on the scene back in 2014, most expected a player who had already played his best games. No one expected him to be around long. Even his contract was written in a way that led some to believe his stay in Baltimore would be short-lived, that he’d be one-and-done.

Now that his 3-year deal is about to expire, we’re left wanting more. We’re left wondering what might have been if he joined the Ravens earlier in his career.

But he has earned a special place in the collective heart of Baltimore. And while he won’t get that ring, perhaps he’s left such an indelible mark on his teammates and they can carry the torch, bring more passion, more competitive fire, more determination and more excellence to the field of play.

Thanks for the memories Steve. It was a great 3-year run and an unbelievable Hall of Fame career. May the next chapter in your life be as successful.

Ice up son, you’ve earned it!