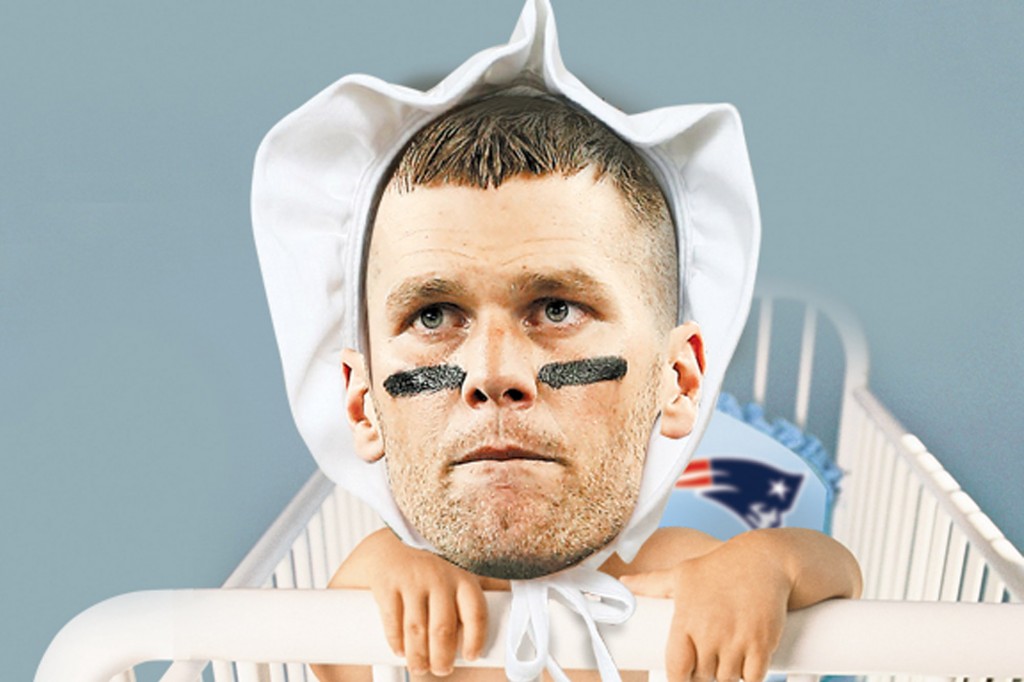 Who should I root for in this year’s AFC Championship Game?

It’s a question many have pondered here in The Land of Pleasant Living. The answers are limited and neither is appealing.

First there are the Patriots, who have been participants in five straight AFC Championship games and 10 of the last 15. No matter how you slice, regardless of SpyGate and DeflateGate, that’s pretty impressive. But rooting for a quarterback who behaves like a petulant child when things don’t go his way or a head coach who has the personality of sandpaper, is a difficult choice for many.

If the Patriots are your lesser-of-two-evils choice, may we suggest this cocktail featuring Tart Vodka to help you shake that dirty feeling that will immediately envelope you the moment you fist pump following a LeGarrette Blount 2-yard touchdown plunge.

And then of course there are the Steelers, the Ravens arch-rival, the bearers of the Terrible Towel and fans that pop up like cockroaches at stadiums throughout the country waving those urine-stained rags in the air like cheerleaders who have skipped their dental appointments for decades – assuming of course they have enough teeth to warrant such a visit. 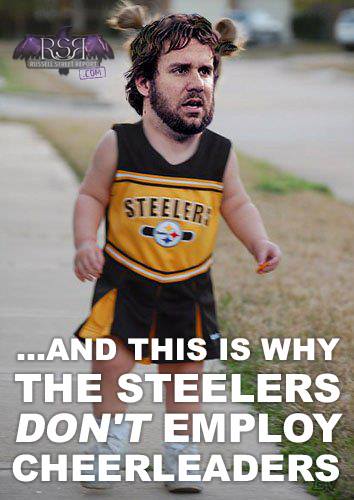 Rooting for the Steelers is like joining a cult. There are tens of thousands of brainwashed Baltimoreans who support the Steelers. They lamely claim that the Steelers became their team of choice when the Colts left and the decided to stick with them despite the arrival of the Ravens who now represent their hometown.

God forbid if you need the support of such despicable turncoats. They are the same people who root for the Yankees because they like pinstripes or the Duke Blue Devils because they are attracted to a head coach that resembles a rodent. They say “we” when referring to the Steelers yet probably have never stepped foot in Pittsburgh and they think The Strip District is the ‘Burgh’s answer to The Block.

They talk of the Immaculate Reception and now the Immaculate Extension and then the Grand Poobah of all nauseating annoying metaphors – Stairway to Seven. What a complete desecration of a great (albeit overplayed) song by Led Zeppelin. This is the Steelers first trip to the AFCC in 6 years – and just for the record, the Ravens have been there twice in the last five.

If the Steelers are your lesser-of-two-evils choice, may we suggest this cocktail featuring Tart Vodka to help you with your self-esteem issues and give the illusion that you see a full set of teeth when you look in the mirror.

Steelers Fan for a Week

I plan to have mouthwash sitting beside my Evo Lot 3. I will have disinfectant spray to clean the air after I cheer a score. I will wear my least favorite shirt, jeans and shoes so I can take them to Goodwill immediately after the game. I will even wear red socks because I hate that New England team too and will happily burn them upon the conclusion of the game.

But I have to root for the Patriots in this one.

I loathe both the Patriots fans and Steelers fans but the former I only have to put up with, maybe once per year. The Steelers fans – it can be three times per year. If they have the chance to win a 7th Lombardi, it will be hell on Earth for the rest of us. It will be like being forced to watch The View, 24/7 until the next Super Bowl. I hope one day the 49ers get back to the big game and win THEIR 6th Lombardi just so these Yinzers get a dent in their bragging rights.

And when the Patriots head to the Super Bowl – again, I will briefly put on gloves, high-five the wall (because I’m sure no one else will want to share a high-five), remove the gloves, run to the head and hurl, and then shower until I’ve personally emptied the Susquehanna River or whatever body of water supplies H2O in Perry Hall.

Who will you root for in the AFC Championship Game?