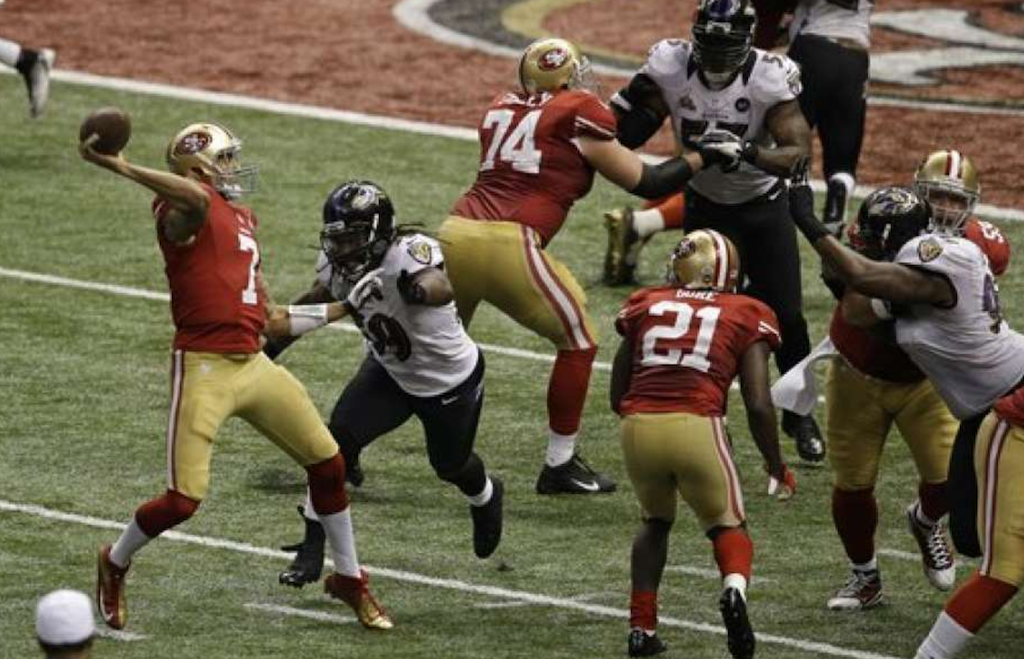 After Super Bowl LI, I jumped over from Fox to NFL Network to get another perspective on the shocking ending to the game. I couldn’t stomach Deion Sanders very long so I hopped on over to ESPN where I listened to Trent Dilfer share an interesting perspective on Kyle Shanahan’s apparent disregard for the value of the run when trying to shorten a ball game.

In so many words, Dilfer believes that modern day athletes and even teams across the sports spectrum, get too enamored with “the kill shot”. Whether it’s an unnecessary three-ball in hoops, swinging for the fences on the diamond or throwing on third and one from an empty backfield while up 28-12 in the Super Bowl, the love of the kill shot can be blinding – it can distract one from the task at hand.

The Atlanta Falcons can relate.

And we’ve seen this before in the NFL.

Throughout the 2016 season Ravens head coach John Harbaugh beat the “we need to run the football more” drum incessantly during postgame press conferences. Yet during the game those thoughts disappeared like a Tom Brady Super Bowl jersey. The Ravens ran the ball just 367 times in 2016, the 3rd fewest attempts in the NFL. Conversely, the Ravens threw the ball 679 times, the most in the NFL.

But the failure to run in an obvious running situation becomes more egregious on the stage of the Super Bowl. Atlanta, like New England’s Super Bowl 49 opponent, the Seattle Seahawks, opted not to run the ball in a critical situation and it cost them a championship. 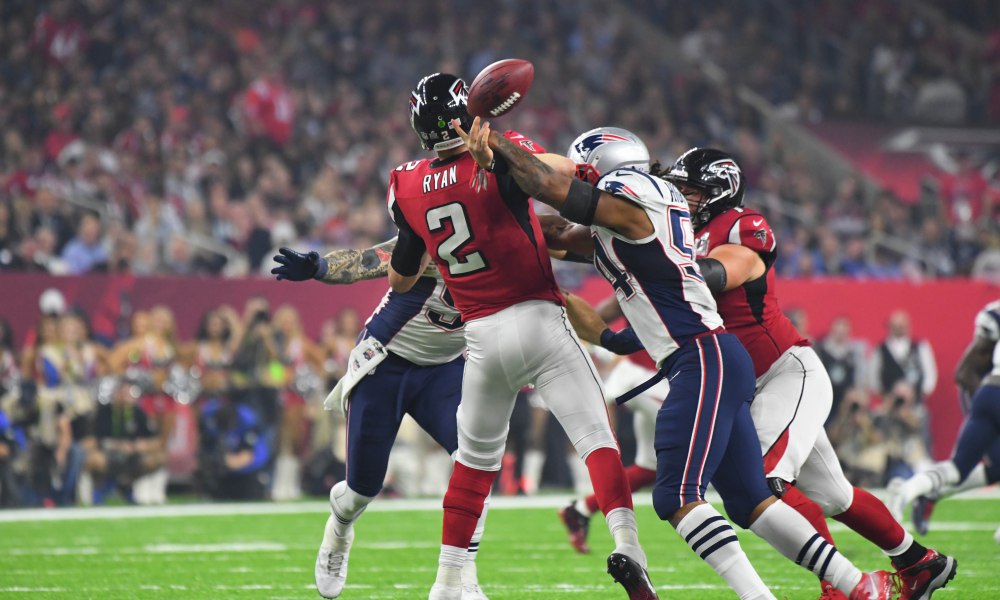 In 2013 during Super Bowl 47, the San Francisco 49ers did the Ravens a favor when they abandoned the run deep in the red zone during the game’s final moments. The Niners were rolling up the Ravens during the second half. They had 284 yards of offense and Dean Pees’ unit was dog tired. During the 4th quarter alone the Niners had 95 rushing yards on 8 carries yet when they faced a first and goal from the Ravens 7 with a little over 2 minutes left, they ran it just once and then they tried practically the same pass play to Michael Crabtree on three consecutive attempts.

Jim Harbaugh sought the kill shot and in doing so, probably cost the 49ers their 6th Super Bowl win.

New Ravens Senior Offensive Assistant Greg Roman was part of Jim’s staff in San Francisco that season, and was largely responsible for their productive running game.

Most observers believe that he will breathe new life into the Ravens rather putrid ground attack if given the chance.

Most observers remain guarded as to whether that chance will actually be extended to Roman.

But the Falcons’ blunders on Super Sunday should help.