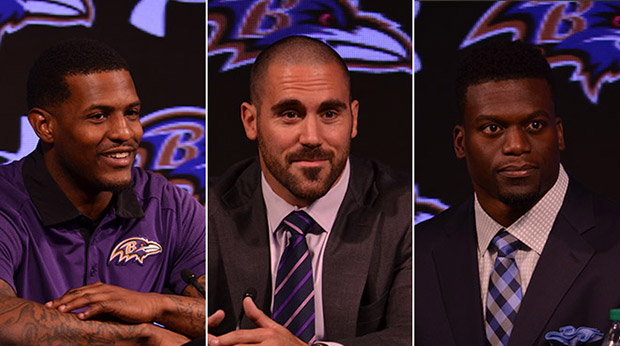 Do They Deserve One?

It’s no secret that the Ravens are doing their best to bring back Brandon Williams and Rick Wagner. There’s been talk about trying to re-sign them before they officially become free agents on March 9, 2017. The concept of “hometown discount” has been kicked around.

The ideas are all noble and the efforts to accomplish all of the above are no doubt valiant.

But at this point, why would either Williams or Wagner sign before they can test their market value? There’s no risk of injury between now and March 9. What agent worth his salt would jump the gun when wealth awaits? And really, how does one define a hometown discount when we don’t even know what their respective market values are? Unless the market value has been established, how do you know what to discount?

It’s not as if Williams or Wagner is from the area so Baltimore really isn’t “hometown”. The behemoth DT hails from the St. Louis area while Wagner was raised just outside of Milwaukee. Maybe one is a Rams fan and the other is a Packers fan.

So why a hometown discount?

Why are the Ravens even deserving of one?

The team has been on the outside looking in during the postseason for three of the past four seasons. Between the two, Williams has played in 2 postseason games while Wagner sat out his only 2 chances with an injury in 2014. If you are the New England Patriots maybe you take a salary haircut because you want a ring on your resume. But the Ravens? They were once a team that could land a coveted free agent at a reasonable price but that perk has likely sailed.

And let’s not forget that the Ravens coaching staff is skating on thin ice. If 2017 is a failure, John Harbaugh and his staff could be gone. Williams and Wagner are likely to want their pay day but they also want to win AND they want to step into a situation with a secure team and a stable coaching staff.

Can the Ravens guarantee that?

The free agent market is flush with cash. Many teams have plenty of money to spend while the Ravens cap situation is better than only 4 other NFL teams. Making matters worse, there aren’t many blue chip free agents available. Add it up and overspending is in the NFL’s near future and that applies to both Williams and Wagner. 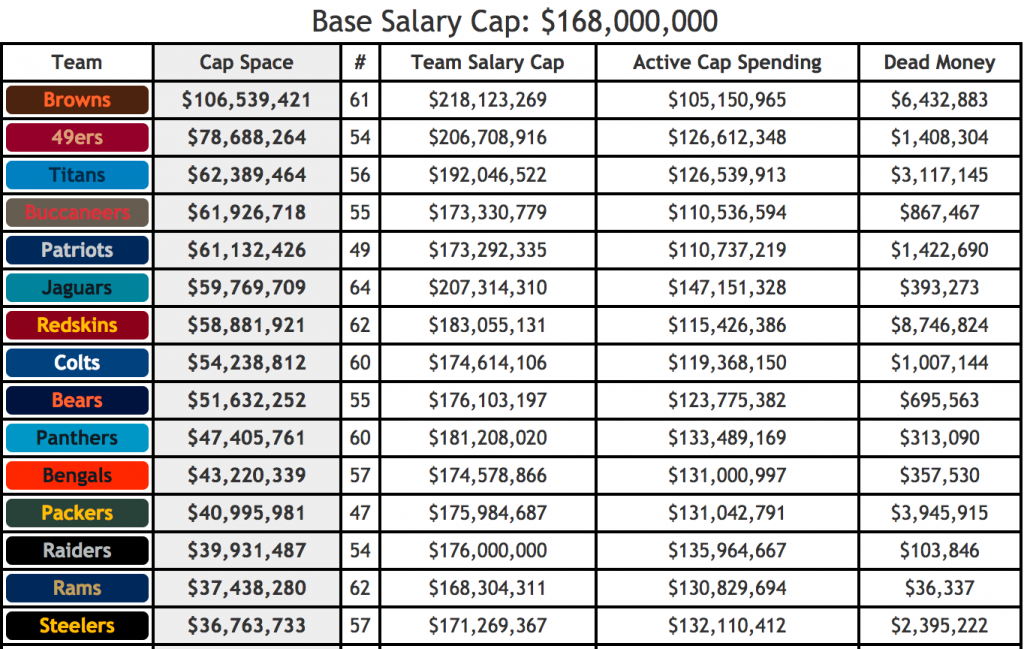 Today we learned that a few of John Harbaugh’s assistants were promoted.

Chris Hewitt, a Ravens’ assistant since 2012, will coach the secondary in 2017 after the departure of Leslie Frazier to Buffalo to be the Bills’ defensive coordinator.

Mike Macdonald, who has been a defensive assistant the past two seasons, was promoted to Baltimore’s defensive backs coach, while Drew Wilkins was also promoted from defensive coaching assistant to assistant defensive line coach.

Juney Barnett was elevated to strength and conditioning coach after serving as an assistant the past five seasons.

Congratulations are in order for all of these fine coaches. It’s nice to see the Ravens promoting from within the ranks. For years the team has done exactly that with their front office and scouting staff, while the Patriots are known to do this with Bill Belichick’s assistants. The continuity can produce incentives and dividends.

But in the case of the Ravens, could it be that Harbaugh, given his tenuous situation, was unable to attract more established coaches with more impressive resumes? Maybe some coaches rebuked Harbaugh’s overtures thinking that the potential scar on their resume, should things fail in Baltimore in 2017, and the possibility of having to move twice in two years, was too much to risk. Perhaps they concluded the juice wasn’t worth the squeeze, hence the promotions from within.

The same dilemma might rear its ugly head when the Ravens try to recruit targeted free agents and it might force Ozzie Newsome to overspend to get his guy(s).

One of the issues the Ravens have encountered over recent years is a reliance on veterans and that in part can be blamed on a few weak draft classes. Not one player from the 2012 NFL Draft is still with the Ravens. 2013 produced three players that have provided value (Williams, Wagner and Kyle Juszczyk), all of which could be gone in 23 days. And no pick from the 2015 draft class has proven that they can be reliable, much less valuable. To pick up the slack, Ozzie has been forced to look for veteran values – usually players a little long in the tooth.

It’s no secret that the Ravens have failed to develop receivers so they’ve turned to bargain hunting, landing players like Derrick Mason, Anquan Boldin, Steve Smith, Sr. and Mike Wallace. Even dating back to the Billick years the team has looked to retreads like Qadry Ismail, Marcus Robinson and Frank Sanders.

Matt Elam (2013) and Terrence Brooks (2014) were complete flops so the Ravens have had to seek safety help from players like Kendrick Lewis and Eric Weddle while moving an expensive corner to an unfamiliar position (Lardarius Webb). Weddle was great in 2016 and Webb improved by December, but the moves still required cap dollars that they wouldn’t have had to invest if Elam and/or Brooks had performed to the level of their draft status.

The Ravens coaching staff needs to find ways to put their young players in position to succeed. Kamalei Correa’s inactivity in 2016 was criminal. But will Harbaugh and his merry band of sidekicks be willing to invest playing time in the younger guys while they stand on shaky ground? Harbaugh’s staff is playing for its future in 2017 and consequently they may be more inclined to lean on the veterans more than ever before.

If the Ravens are going to make a run at Williams and Wagner, they may need to get out the scalpel and carve out a few highly paid vets from their roster. Kendrick Lewis and Kyle Arrington seem destined to be former Ravens in a few weeks. Parting ways with them will trigger cap savings of $1.8M and $2.1M, respectively.

Of course the pair of DB’s will eventually need to be replaced and the combined $3.9M savings isn’t enough to get Williams or Wagner on board. The Ravens could and probably will turn their sights towards Elvis Dumervil ($6M), Lardarius Webb ($5.5M) and Mike Wallace ($5.75M). That’s a total of $17.25M in cap savings.

Dumervil’s release seems like the easiest of the three and Wallace’s arguably the most difficult. Wallace had a renaissance season after failed tours in Miami and Minnesota, posting 72 catches, 1017 yards and 4 TD’s in 2016. But he did fade during the season’s final quarter when he posted 15 catches for 166 yards and no TD’s.

And let’s not forget that Ozzie didn’t blink an eye to cut loose a productive receiver and a Super Bowl 47 hero to save $6M in cap space back in 2013.

In 1977, US singer songwriter Janis Ian received 461 Valentine’s day cards after indicating in the lyrics of her song ‘At Seventeen’, she had never received any.

Back in January of 2007, Rob Fahey was the Sunday evening entertainer at The Horse You Came in On, as he once was for a very long time. Those who have seen Fahey play are often left pondering a lyric from a Billy Joel song: “They sit at the bar and put bread in my jar and say man what are you doing here?”

Some things in life aren’t fair.

Timing as they say is everything and the timing for Fahey, must not have been right, otherwise I wouldn’t have had the privilege of listening to his talents on that lazy Sunday evening one week prior to the Super Bowl, in a dingy little dive bar with a vast amount of charm.

Fahey as always played and sung his heart out. His music envelopes you; it reaches inside and comforts you. It’s like a warm smile that makes you forget about the troubling distractions that are at times part of all our days.

For a moment or two in time, Fahey and his band The Ravyns, did capture the attention of America during the movie Fast Times at Ridgemont High. Below is a song Rob penned that was featured prominently in the movie. If you want to check him out locally click here.

And to commemorate Valentine’s Day… 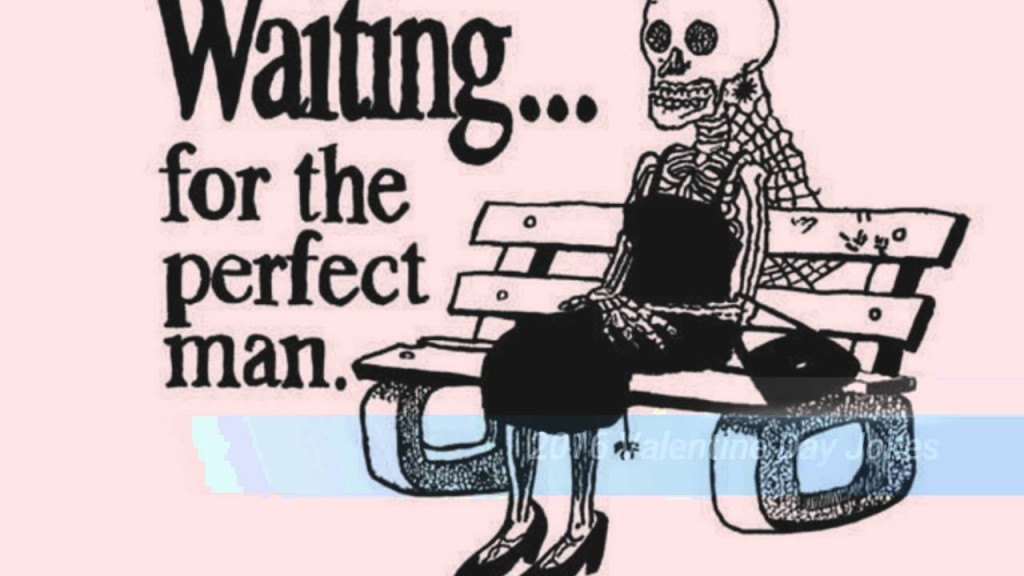