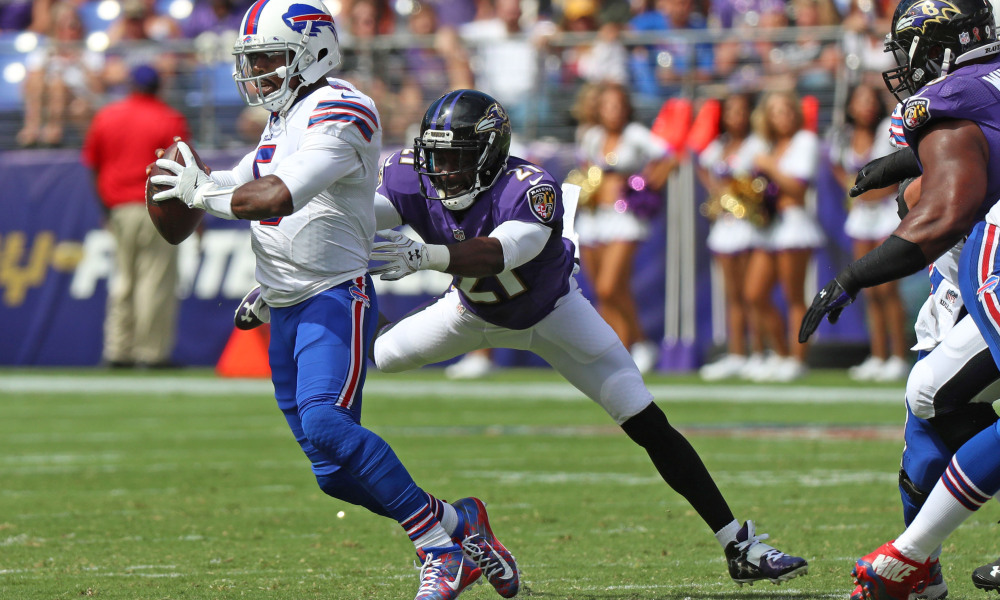 The buzz about former Ravens backup QB Tyrod Taylor is that he could be heading to Cleveland, where the Browns annually host an audition for starting quarterback. David Lee was hired by Hue Jackson to be the Browns’ new quarterbacks coach, and word is Lee has a man crush on Taylor, a player he’s coached over the past two seasons in Buffalo.

At this point we aren’t sure if Taylor will leave the city of Buffalo before the team does. Taylor has a club option that must be decided upon by March 11, that if exercised, will trigger $30.75M in guarantees for the Super Bowl 47 Champion. The Bills could release Taylor or try to negotiate a new deal.

[Press play for more or read the rest of the transcript below.]

But Lee’s affinity for Taylor, the Browns $100M+ in cap space, and their need for a quarterback, could create some leverage for the mobile signal caller. Some in Baltimore are concerned about Taylor becoming part of the AFC North and taking on the Ravens twice per season.

Taylor put up 7 points against the Ravens during the home opener at M&T Bank Stadium last season and he struggles with accuracy when contained, and when forced to climb up in the pocket.

Very generously listed at 6’1” tall, Taylor is a terrific athlete with a small window for success in the NFL. That’s the circle of life for quarterbacks who are overly dependent upon their legs.

Taylor had plenty of weapons in Buffalo and the league’s No. 1 running game, and still the Bills offense was ranked just 16th overall, one notch and 6 yards per game better than the Ravens. The Bills passing offense was ranked 30th.

If Taylor makes his way to Cleveland, Ravens fans should thank their lucky stars.

I’d be more concerned if Hue Jackson orchestrates a trade with Bill Belichick.

Jimmy Garoppolo in Cleveland would be a far greater concern than Taylor.