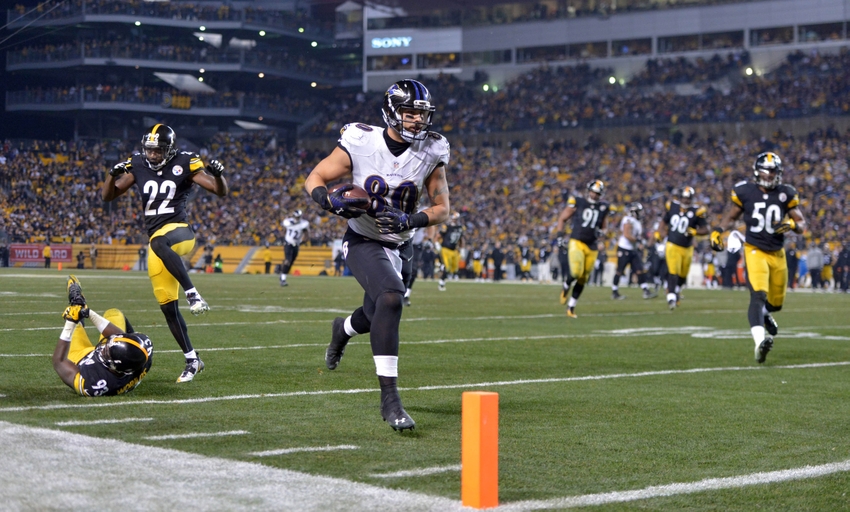 The Ravens have some interesting decisions to make at the tight end position this offseason. Their vets could offer cap savings, their traditional inline guys have availability issues given their injuries and suspensions, and their detached guys are young and raw. Each of these guys possesses the talent deserving of an NFL roster spot, but as free agency approaches, the team has to decide how the pieces fit.

Dennis Pitta finished an improbable comeback season with 86 catches in 2016. It was a great story for a guy whose career was in doubt coming off two hip fractures. While Pitta is still a fine player his upside is limited, he doesn’t offer much in the redzone, after the catch and as a blocker. The Ravens could potentially inject some youth into that spot and save 5.5 million with a post 6/1 release.

Benjamin Watson was signed last offseason to be a stabilizing force to this tight end group. They never reaped the benefits as he suffered a torn Achilles in his first preseason game. The Ravens could save 3 million by releasing Watson pre 6/1 or post 6/1. Depending on how active the Ravens want to be in free agency a pre 6/1 release is a possibility, maybe even a necessity. They could also just as easily hold on to him if they’re encouraged by where he is in his recovery process. What they decide with Watson will say a lot about how they feel about the rest of the depth chart. 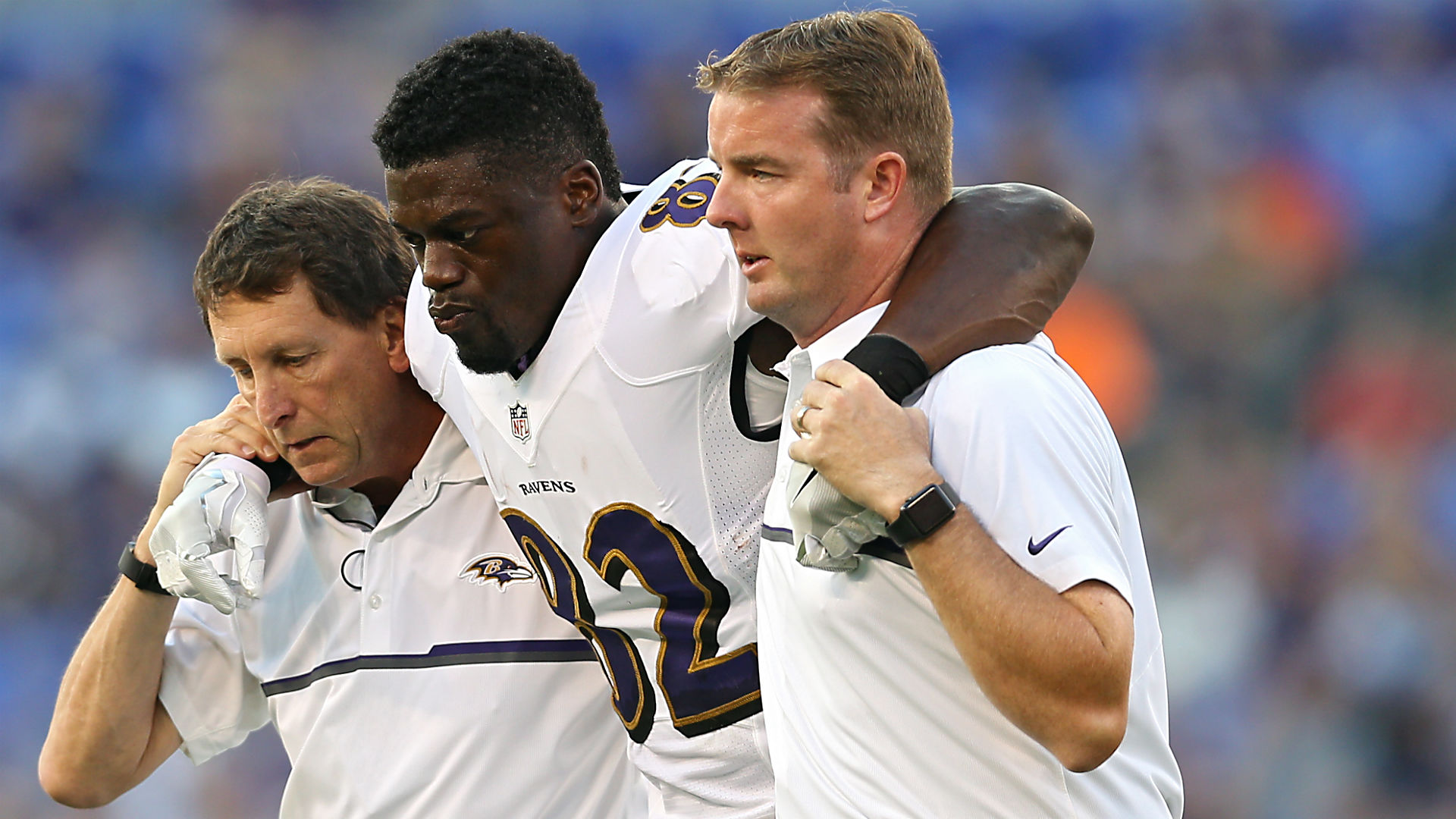 If Crockett Gillmore’s injury history wasn’t what it’s been maybe Watson isn’t signed as free agent. Gillmore had a promising 2015 season end due to injury. His size, ability to make catches in traffic and blocking, allowed him to carve out a role, but he’s been hampered by multiple ailments since. The Ravens can obviously use what he brings to the table but how much can they trust him stay on the field?

2015 2nd-round pick Maxx Williams showed flashes of his own during his rookie season. His 6-catch finale felt like a sign of things to come until…it wasn’t. He only played 4 games last season before being placed on injured reserve with a knee injury. Now he enters year 3 with a lot more questions than answers. He’s obviously talented, he has the speed and length to make plays down the field and just rugged tackle breaking ability in the open field. Still only 22 years old, he’s got a prime opportunity to seize a role in the Ravens offense. Where he winds up on the depth chart, is one of the more fascinating offseason questions for the team.

Nick Boyle has missed 14 games due to PED suspensions over the last 2 seasons. Many wondered if he’d even make it through his second suspension on the roster. When he returned he contributed strong play as a blocker. As a receiver he’s not running away from anyone but has big hands and makes contested catches. The addition of Greg Roman to the coaching staff and what’s expected to be a revamped run game, favors a player like Boyle, provided he stays clean.

Darren Waller is the ultimate wildcard. The former wide receiver made a few plays late and has untapped athleticism. He also looked better than expected as a blocker. Standing at 6’6’’ with 4.4 speed and a 37-inch vertical, are impression physical traits that aren’t easily glossed over. With a full offseason at the position maybe he ascends and develops into a late round gem.

None of these guys are players who move the needle as a feature player in a pass offense. This year’s free agent class is filled with facsimiles of guys they already have. Not many of them offer the upgrade worth the money they’ll command. The draft class is stacked with players who offer feature ability, but the price is expected to be expensive. With so many needs can the Ravens afford such an investment? Are the young returning tight ends worth one more look?

Martellus Bennett: A healthy Bennett would be a clear upgrade over what the Ravens currently have. He can impact both the run and pass game and would be a boon to their red zone offense. He’s far and away the best TE in free agency so he’s likely to be outside the team’s price range, but he’d solve some issues.

OJ Howard, TE Alabama: Howard is one of the better prospects in this entire draft class. He didn’t put up gaudy numbers in college because the offense didn’t regularly feature the position, but he showed flashes of what he brings to a passing game. He’s a smooth accelerator in the open field with very good body control to adjust to throws. Howard has tremendous blocking ability whether that’s inline or on the move. His length, versatility and explosion make him a legit featured weapon in an NFL offense, something the Ravens could use.

David Njoku, TE Miami: A big imposing target that looks the part as a day one red zone threat Njoku is a load to bring down in the open field due to his size-speed combo. He has terrific leaping ability that shows up at the catch point as well as after the catch. Njoku routinely hurdles defenders for more yardage or at the goal line. At 20-years old, Njoku is still growing physically and as a player. He’s got Pro Bowl talent.

Evan Engram, TE Ole Miss: Engram would bring a different dynamic to the Ravens offense. He’s the type of guy you can move around the formation and create matchup problems. He’s smooth moving laterally and that allows him to win in the short game, and his speed down the seam eats up yards in a hurry. He competes as a blocker so he could play in-line, but the Ravens have bodies there. Use him detached and let him go to work. 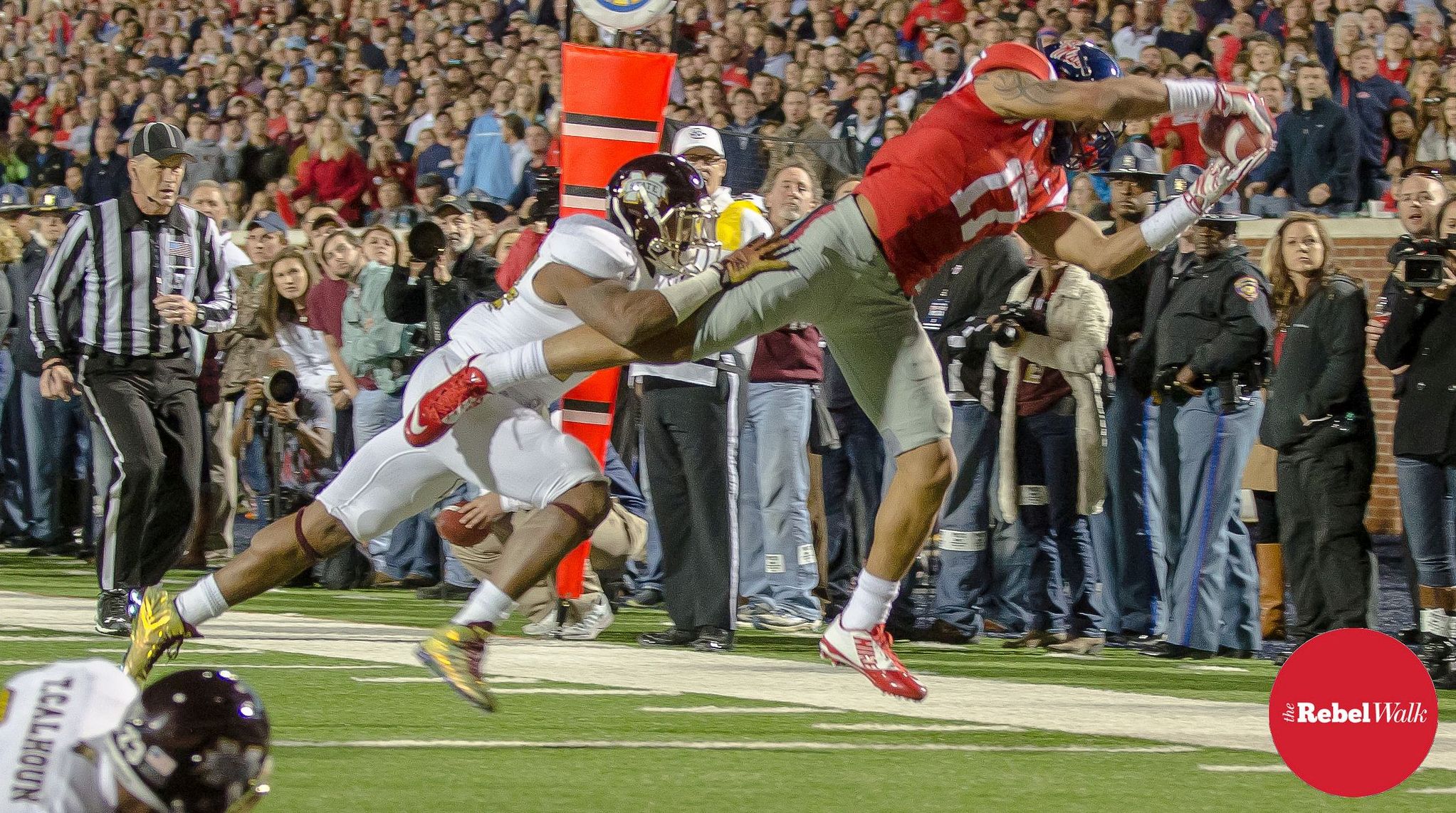