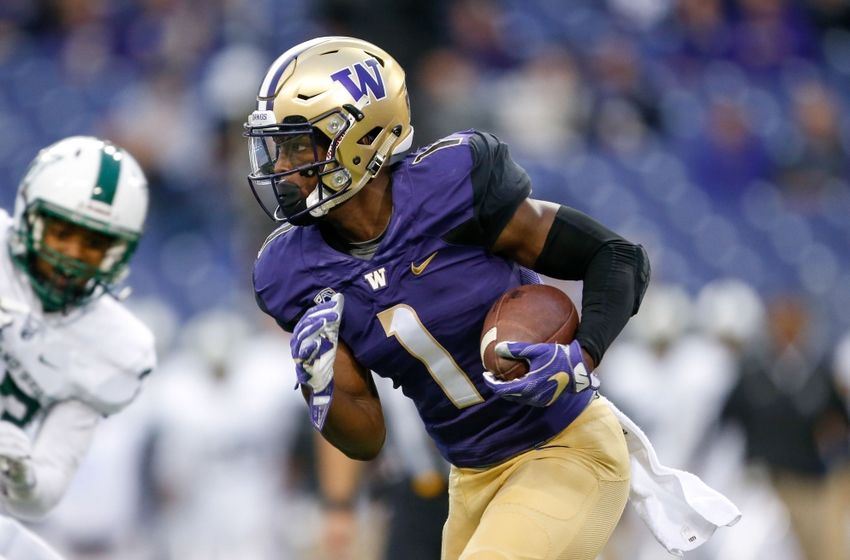 One of the hottest topics coming out of the 2017 NFL Scouting Combine is the expected rise of Washington wide receiver John Ross, after his record-setting 40-yard dash time of 4.22 seconds.

Ross’s blazing speed is sure to turn some heads, especially given the position he plays and the value of true deep threats in today’s NFL. Combine Ross’ 40-yard dash time with his combine-best broad jump for wide receivers and it is easy to see him shooting up draft boards between now and April.

Originally considered as a prospect likely to be drafted in the mid-to-late 1st round, Ross’ floor now may be at worst the Baltimore Ravens at 16, and as high as the top 10 picks. Given the rare athleticism of Ross and his eye-popping numbers in 2016 (81 catches, 17 touchdowns), there is no doubting the positives of his game. 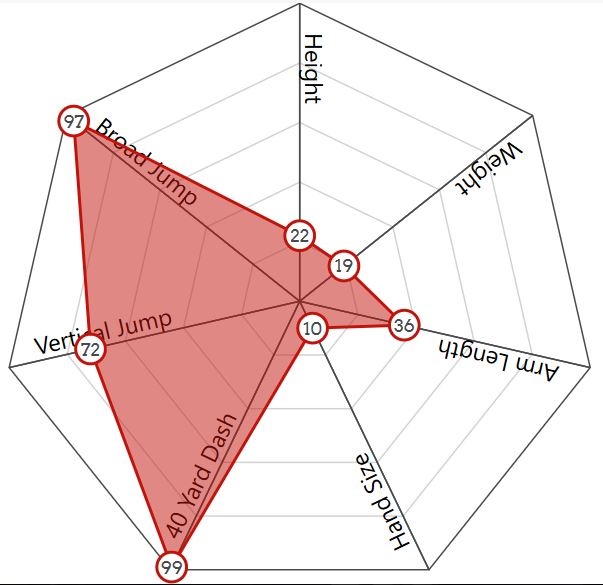 Ross’s potential upside is fascinating, but is he worth the risk for the Ravens with the 16th overall pick? Let’s take a look.

It’s completely fair to expect Ross to win with his speed and separation; surprisingly though, he can win in ways that bigger receivers are supposed to win.

In the red zone, his lack of size could be a disadvantage, but he wins in small areas against tight coverage.

The better pint-sized receivers in the NFL such as Antonio Brown and T.Y. Hilton can do more than just win with speed and dominating in the open field. Ultimately, in order to be a complete receiver, prospects such as Ross must show diversity, and in the end zone he does just that.

But right now, Ross has a long way to go in the vertical game.

Ross gets separation with ease, but that is only half of the battle. Once open, deep threats must be able to quickly locate and track the ball; however, he seems to lack that instinctive trait.

It is a treat to see how much separation Ross can gain in such little time, but then to see him underwhelm in finishing the play leads to justified questions about his consistency downfield.

In the short game however, Ross is highly consistent, both in route running and catch ability.

His footwork and quickness allow him to gain separation off the snap, and he shows instincts when snatching the ball out of the air in tight areas.

Ross excelling in areas where speed is not necessarily a must is fine, but in order to be an elite wide receiver prospect, he must show how his unprecedented speed can lead to NFL success, and so far he is incomplete in that regard.

Plus, while it’s obviously not everything, teams can’t overlook size. Ross’s smaller-than-average hands should lead to some concern. Success of receivers with hands below the nine-inch mark is inconsistent, and receivers such as Hilton are the exception, not the rule.

We should lastly note that Ross missed the 2015 season due to a torn ACL, and delayed surgery for a torn labrum until after the combine. That is something to keep an eye on leading up to the draft.

Sure, Ross had a magnificent 2016 season for one of the nation’s best teams and is arguably the most explosive athlete in this year’s draft, but I’m not sold on him being a top option for the Ravens in the first round.

Ross is one of the more intriguing and polarizing first-round prospects, but right now there are as many questions as answers regarding his NFL potential, making him a high-risk option for the Ravens at 16.