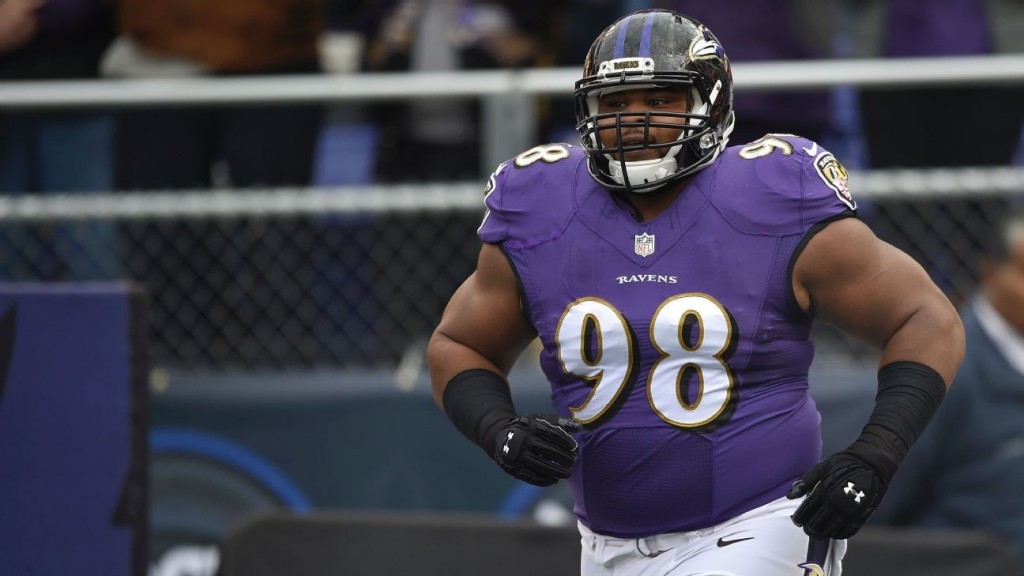 We thought for sure he was gone, but nope!

We have reached an agreement in principle on a 5-year deal with DT Brandon Williams.

Per Ian Rapoport, the deal is for $54M, with $27.5M guaranteed, making Williams the highest-paid NT in the NFL. RSR staff react to the news here:

Ozzie and company have to be thrilled to retain the big man that clogs the middle of the Ravens run defense. It appeared as if Williams was gone with earlier reports but in the end he remains in Baltimore for the next five years. Brandon will need to live up to his likely mega contract this season and for many more to come. Here’s hoping they left enough money to fill some other voids.

Ravens Offseason Grade: A+ and it doesn’t matter what else happens. Jefferson, Woodhead, and bringing back Williams and Wallace… this is a great start to making the team better next season, and we haven’t even gotten to the draft. Williams is key to the Ravens future on defense.

Some argued that the Ravens shouldn’t have invested big money in a nose tackle when they desperately lacked playmakers and it’s a valid argument. But retaining Brandon Williams is a major win.

The Ravens now have Williams, Jimmy Smith, Tony Jefferson and C.J. Mosley as a fantastic young core to build their defense around for years to come. And they’ve continued their tradition of retaining home grown talent that they prioritize.

My opinion is one that I’m sure will be unpopular. While I think Williams is great at what he does – and was perhaps the top free agent on the market at any position – I’d rather the Ravens invest this money in positions where they don’t draft particularly well lately – edge, wide receiver, cornerback, OL depth. Ozzie has proven that he can find dominant space-eaters in the middle, and I’d have liked to see some of the younger guys step up in Brandon’s absence.

Now that he’s locked up, I’m not complaining. Replacing him wouldn’t have been easy. But I’m anxious to see how they address some of their other glaring needs.

Yet another extension from a franchise that just doesn’t change with the times. Brandon Williams might be the best among his peers at stopping the run but is it wise to invest so much in that position in the modern NFL? I think not. This signing is on par with paying filet mignon prices when hamburger helper would have been just fine.

I’m sure this signing will work out great…right up until 3rd down when your $10m/year employee is sitting on the sideline.

As a single player, Brandon can’t have the impact as a 2-down NT that his salary dictates. However, it’s a team game, and his playing time and the need to consider double teams on him ripples through the defense:

· Pierce and he are a stout pair to move against the run and he and Pierce both can provide some pass rush value
· Jernigan, Urban, Kaufusi, and Guy (if resigned) should be fresher for pass rush snaps
· Mosley should be less subject to injury and free to roam for more big plays
· There is less need to play a safety close to the LoS

The 2017 defense needs to step forward if the Ravens are to contend. Without Williams, I am afraid the unit was at significantly greater risk of crumbling.

We’ll add more knee-jerk reactions as they roll in…