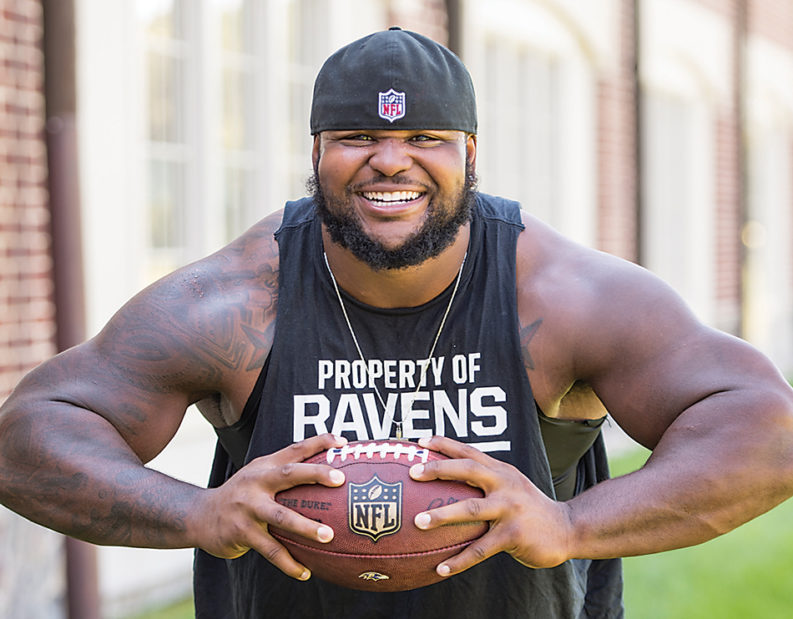 Brandon Williams is a run stuffing juggernaut. He eats up blockers which enables players around him to pursue ball carriers. He certainly makes life easier for C.J. Mosley.

Did the Ravens get better with the Williams signing?

Essentially, they burned a significant portion of the league’s 5th-worst salary cap situation to make Williams the highest-paid nose tackle in the NFL.

What happened to surrounding Joe Flacco with better players in order to help him play to the level of the league’s highest cap number ($24.55M)?

The Ravens have a successful history of developing interior defensive linemen. They have Tim Jernigan, Michael Pierce, Carl Davis and Willie Henry to pick up the slack if Williams let some other team make him the highest paid nose tackle. They have a knack for finding such behemoth’s in the draft. Williams himself is a perfect example.

So why such a huge investment in a player who arguably plays a position of declining importance in the NFL?

I’ve heard some say that Williams is needed to help defend Le’Veon Bell. What happened in the fourth quarter on Christmas Day? I’ve heard the Ravens needed to keep Williams to compete in the physical AFC North. Is the North really any more physical than other divisions anymore? Haven’t the spread offenses undermined the need for beefy physicality?

It’s still early. We are only 1 day into the new league year and an offseason can’t be evaluated until it is no longer the offseason. It’s a process, no doubt. But with the investment in Williams, the Ravens have just held serve and now there are fewer dollars to replace Steve Smith, Sr. and Rick Wagner and Kyle Juszczyk.

There are fewer dollars available to help Joe Flacco deliver the dividends that the Ravens pay handsomely for.

Yes, they can still stuff the run.

But by overpaying Williams, they may have stuffed their playoff chances in 2017 too.

Did the Ravens do the right thing by re-signing Brandon Williams to a 5-year, $54 million deal?