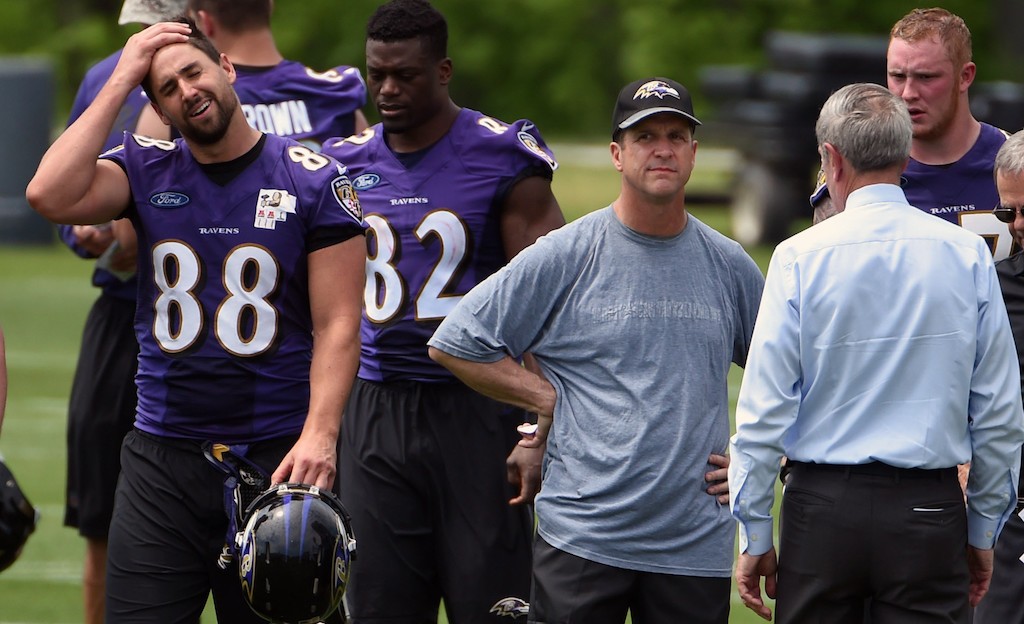 Chosen in the third round of the 2009 draft (88th overall pick), Webb has been a very productive player for the Ravens for the better part of 8 seasons. ACL injuries prevented the former Nicholls State Colonel from realizing his full potential.

Off the field, Webb has been nothing short of a class act and that makes it a bit curious as to why the Ravens haven’t scheduled a press conference to allow for a proper goodbye to Charm City. Unless of course his recent release doesn’t really mean goodbye.

Webb played well during the second half of the 2016 season and given the Ravens limited depth at safety, it is quite possible that the Ravens front office described a potential backup role for Webb and gave him a number that would work within the framework of the team’s salary cap. With such an understanding, Webb can then test the market and explore his options.

Maybe for the 8-year vet, the parting of ways with the Ravens isn’t goodbye, but instead, “see you later”.

Sitting back thinking about all the great moments I’ve had in Baltimore. Thanks @ravens for giving me the opportunity to pursue my dream. It was a great 8 years in Owings Mills. Thanks for being such a first class organization. Steve, thanks for being a first class owner. You’re the real deal!! To Ozzie, thanks for putting your trust in me. To the outstanding staff and coaches around the facility, thank you. To John Harbaugh it’s been a wonderful 8! And thanks to all my Ravens Teammates, past and present! Last but not least, thanks to all the true Lardarius Webb fans. Thank you for supporting me. #OhHowILoveBmore #ravensflock #TWO1 #SB47 #JusCallMeDB

Kyle Arrington and Ben Watson remain on the team’s roster. Parting ways with Arrington would save $2.1M in cap space while Watson’s departure would clear another $3M. So why are they both still around?

It’s possible that Arrington is parked on the roster until he passes concussion protocol. His cap space could be slotted for Webb’s return, assuming such speculation is accurate. Watson’s case is a bit more complex. When healthy the Patriots’ former first-round pick from Georgia is a more versatile tight end than Dennis Pitta, and such versatility is a desirable trait in a Greg Roman influenced offense. It is also possible that like Arrington, Watson’s release is pending medical clearance. His 2016 season ended following an Achilles tear suffered during the first play from scrimmage in a preseason game against the Detroit Lions. 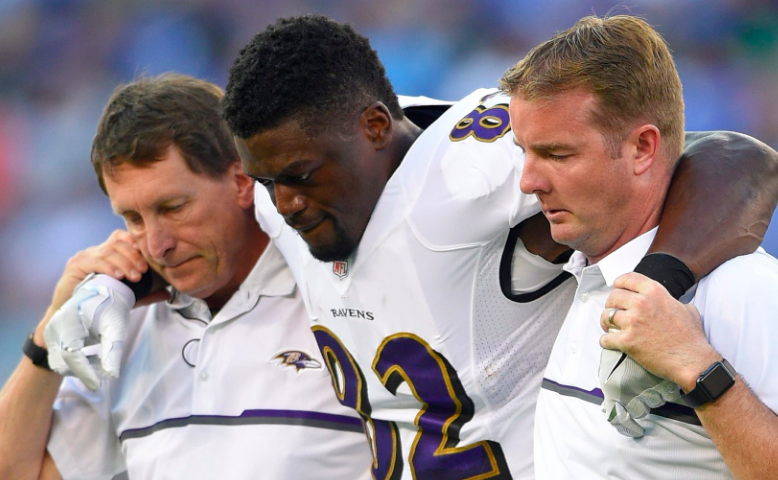 The Ravens lost their fourth player to free agency over the weekend when DE Lawrence Guy signed a four-year, $20M deal with the New England Patriots. The deal seems a bit rich for a situational player, but that said, Guy has been a solid edge-setter for the Ravens, albeit somewhat limited as a pass rusher. His snaps are likely to be assumed by Brent Urban and Bronson Kaufusi in 2017. Next “men” up.

Danny Woodhead is one of the newest Ravens and assuming he’s fully recovered from his 2016 ACL injury, he should prove to be a very solid investment, particularly during the first four games of the season when the team will be without the services of Kenneth Dixon. Dixon, like former Ravens defensive back Asa Jackson, failed to submit a proper NFL medical exemption for Adderall.

Ironically, one of the prescribed uses of Adderall is to aid attention deficit hyperactivity disorder. You have to wonder why someone else within the organization isn’t tasked with paying attention to such things on behalf of these players.

Will the Ravens Strike (Man)gold?

Currently the Ravens have $3.88M in cap space and until they make a move on Arrington and possibly Watson, they will be relatively quiet in free agency. However, one free agent that would make sense, and he’s unlikely to erode much if any of their remaining cap space, is center Nick Mangold.

Mangold missed half of the 2016 season due to an ankle injury but prior to that he was a model of consistency. During his 11-year career, the 33-year old former Ohio State Buckeye has played in all 16 games seven times, in 15 of 16 games twice and 14 of 16 games once. In other words, prior to last season, Mangold missed only 4 games.

The career member of Gang Green would represent an upgrade at the center position and his addition would more than likely trigger the release of Jeremy Zuttah. Zuttah’s departure would result in a $2.67M cap savings which would go a long way to offset a potential Mangold signing.

The Ravens have made it clear that they intend to upgrade Joe Flacco’s supporting cast as part of an effort to improve the franchise QB’s productivity. But as of the moment, only Woodhead has been added while Rick Wagner, Vlad Ducasse, Kyle Juszczyk and Steve Smith, Sr. have gone. And let’s not forget Dixon’s loss for four games and the possible departure of Kamar Aiken.

The net effect, so far, hardly resembles an upgrade.

John Harbaugh has vowed to improve the offensive line. Ozzie Newsome clearly stated during the State of the Ravens presser, that the team would add a complementary receiver. How and where will the support for Flacco come from?

One WR that the Ravens expressed some interest in was former Brown and current Redskin Terrelle Pryor. Pryor agreed to an incentive laden 1-year, $8M deal to play in DC and many here in The Land of Pleasant Living believe that given Pryor’s upside, he is well worth the seemingly modest contract.

But there’s a reason Pryor didn’t land a better deal. He lacks consistency as a player and as a person, and word is some teams were turned off by his quirky personality.

Given the Ravens cap constraints and the lack of available free agent WR talent, Ozzie is likely to turn towards the draft to find a playmaker on the outside for his quarterback.

Many mock drafts previously had the Philadelphia Eagles selecting Clemson WR Mike Williams with the 14th overall pick. But now that the Eagles have signed free agent receivers Alshon Jeffrey and Torrey Smith, Philly is likely to turn their attention towards a corner or edge rusher, and THAT could push Williams down the board to the Ravens at No. 16.

The Ravens quietly added Ryan Mallett to their 2017 roster, agreeing to a one-year, $2M deal. The contract is a very modest one when compared to the two-year, $9M deal the Falcons extended to former Raven Matt Schaub.

Many have wondered if the Ravens might add a young quarterback through the draft to groom as a possible successor to Flacco, similar to the way the Patriots invested a second-round pick to select Jimmy Garappolo in 2014. But the number of holes in the Ravens roster, the lack of QB talent in the 2017 NFL Draft, and the “win now” approach from a coaching staff that is on the hot seat, more than likely shelved such plans for another year.

2019 is the first season that the Ravens could consider parting ways with Flacco if his regression continues. Then, moving on from Flacco would represent $10M in cap savings. In 2020 and 2021 those savings escalate to $20.25M and $24.25M, respectively.