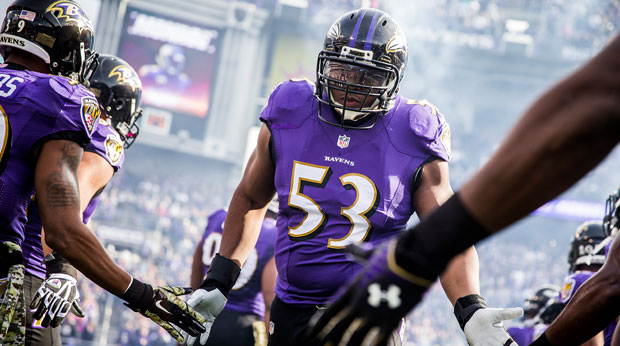 Pending the disclosure of the details of Dennis Pitta’s contract restructure, the Ravens are presently around $7.7M under the Salary Cap. It also appears that the NFLPA has not applied all of the expected Cap adjustments, so the Ravens Cap space is likely to be reduced a bit as well. Once those expected adjustments are factored in – but, before the savings created by Pitta’s restructure – that Cap space will likely be around $5M under the Cap.

Though details of Pitta’s restructure have yet to be released, it’s likely that, much like last year, his pay cut will include incentives that will allow him to earn back whatever amount he gives up. Also like last year, the restructured deal will likely create enough Cap space to at least match the amount of Cap savings the team would have received if Pitta had been released. Pitta’s release would have created a net Cap savings of $2.76M after factoring in the Rule of 51 displacement on the Cap ($3.3M in savings, less the cost of the Rule of 51 replacement player, $540K). So, as long as Pitta’s 2017 Base Salary of $5.5M is reduced down to no more than $2.74M, the team will create Cap room equal to the amount of net Cap savings they would have received from his release. A reduction to anything below $2.74M will actually create more Cap space than Pitta’s release would have.

So, assuming the pay cut is structured as explained above, the Ravens and Pitta will have essentially created much needed Cap space, while done so in a way to keep Pitta on the team and without creating any adverse impact on the team’s Cap.

Also, keep in mind that this pay cut does not in any way guarantee that Pitta will make the team in September and if he is released later, the team will receive additional Cap savings (whatever his new Base Salary becomes) because it would be a post-June 1 release at that point.

The deal breaks down as follows:

Tony Jefferson: Jefferson signed a 4-year, $33M contract, which includes $19M fully guaranteed (Signing Bonus, 2017 Base Salary and 2018 Base Salary) and a Signing Bonus of $10M.

If the Ravens use all 7 of their present draft picks, in the exact spots they presently possess, the Ravens will have a Rookie Cap (1st Year Rookie Allocation) of a little over $6M. The Rookie Cap, though, does not have a dollar-for-dollar impact on the team’s overall Salary Cap because of the operation of the Rule of 51. Under the Rule of 51, only the top 51 Cap numbers (and all bonus prorations) count against the Cap at this time of the offseason. This means that when lower round picks are signed, they do not fall amongst the top 51 Cap numbers and when higher round draft picks sign, they displace a player who was formerly amongst the top 51, creating an offset. As such, the Ravens will only need approximately $2.5M in overall Cap space to fit their draft picks under their Cap.

Obviously, if all of the draft picks make the team in September, they will collectively count ~$6M against the Cap, but those lower round picks will be replacing higher paid players who they are displacing from the roster. As such, there will still be an overall positive impact on the Cap.

For a more in depth look at how the Rule of 51 impacts the Rookie Cap see Russell Street Report’s Rookie Cap.