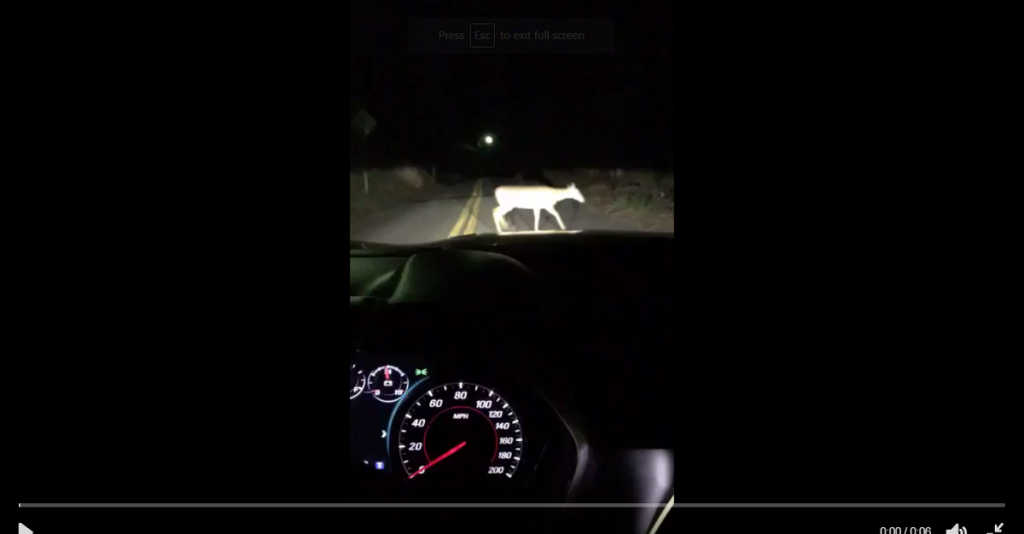 On Wednesday night, a new Maryland resident spotted a deer crossing the street about as slow as it possibly could.

This least remarkable of stories is only interesting because of who witnessed it – the man who just became #23 for the Baltimore Ravens, Tony Jefferson. The renowned Twitter enthusiast took to social media last night to post the following video:

Fam… lol what ,?? I'm not driving at night no more pic.twitter.com/a8Toixosa7

Yep, just a deer crossing the street. This least remarkable of occurrences left him amazed, confused, and afraid of driving at night.

I’m sure any one of us who has ever driven at night in Maryland has felt the last of those three things, though. Most of us around here have at least one absurd story involving a vehicle and a deer.

Just be prepared to brake at all times, Tony! And flash your lights at them if they won’t move out of the way.