Joe Flacco threw for a career low percentage of his yardage on completions of 20 or more in 2016. No bye after London. An impressive advanced stat for Carl Lawson. Mike Williams shines in the Reception Perception Project.

“Checkdown Joe” an Appropriate Nickname for Joe Flacco in 2017

You weren’t imagining it – Joe Flacco really did throw a ridiculous amount of checkdown passes last season. Just take a look at this chart from Pro Football Focus:

Ever since 2013, his worst season as a pro, Joe Flacco has gradually gained a lower and lower percentage of his passing yards on throws 20 or more yards down the field. That shouldn’t come as a surprise to most Ravens fans.  In 2012, Flacco’s deep ball was at its best. Every year since, with the exception of 2014, it has felt like less and less of a threat. He doesn’t use his big arm to his advantage and often under-throws receivers.

Having said that, Joe has thrown a pretty deep ball in the past, and he definitely has the arm strength. Hopefully with another offseason to recover from his knee injury, we’ll see him step up into that throw more often in 2017.

2017 NFL schedule: The Ravens have made a surprising request for their London game

The Ravens have requested to forego the traditional bye after their trip to London, hoping to get a bye later in the season instead. They aren’t the first to make this request, according to John Breech of CBS Sports. Indianapolis was the first to do this last season, and the Dolphins made the same request for the trip to London this year. This may seem strange at first, but when you consider that the London trip comes in week 3, it isn’t hard to see why they would want a bye week later in the long, strenuous NFL season.

3 Draft Needs for the Baltimore Ravens

Gordon McGuiness of Pro Football Focus lists tackle, edge defender, and inside linebacker as the three biggest needs and breaks down the best early pick and the best late pick the Ravens could make at those positions. My favorite of the six potential picks he lays out is Auburn edge defender Carl Lawson. McGuiness thinks that Lawson would be a pass rush threat from day one. His advanced stats are pretty impressive. He averaged a sack, QB hit or hurry once every 5.4 pass rush attempts. Not too shabby.

Introduction to the 2017 Reception Perception Project

If you find yourself a bit behind on any individual receiving prospect, the analysis Matt Harmon does with the Reception Perception Project is an excellent tool. This link was the first edition of the project in 2017. In it, he broke down one of the players most often connected to the Ravens in mock drafts this year (if he makes it to them), Clemson WR Mike Williams. Harmon charts both the number of times he runs each route and his success rate on each route. Success is defined as beating the defender, regardless of whether or not the ball came to him. Here is the success rate chart:

Williams is much stronger on outward-breaking routes than inward-breaking ones, but not a single part of the major route tree is significantly below average. If Williams’ ability to run out routes rings true, boy would I love to watch that. I miss watching the timing of that route being executed to perfection by Joe and Derrick Mason.

For those looking for an even deeper dive into Mike Williams as a player, I highly recommend this breakdown. Matt Waldman of the RSP Film Room and the guy who wrote the Mike Williams article above, Matt Harmon watch some film and analyze his strengths and weaknesses. 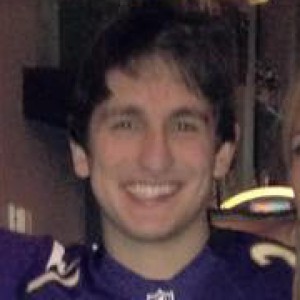 Tyler has followed Baltimore sports his entire life. His favorite player growing up was Steve McNair, so he was ecstatic when he became a Raven in 2006. When he's in front of the TV watching the game, it's best to avoid non-football discussion. It's quite likely he isn't listening anyway, as his girlfriend can attest to.