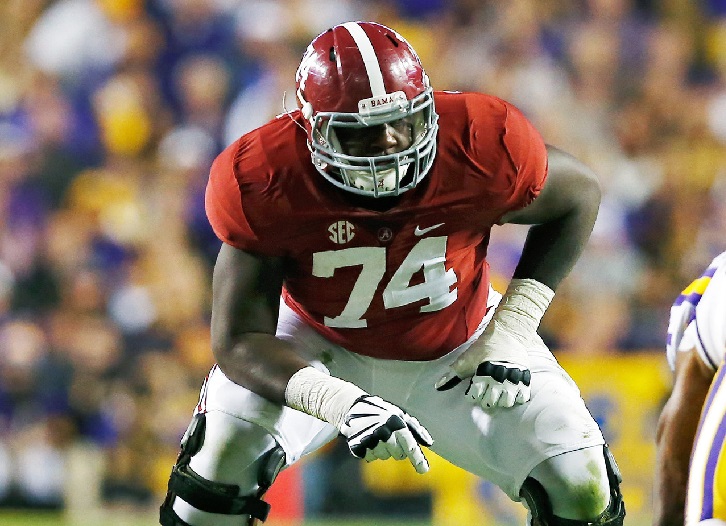 The following comes via Tony Pauline with draftanalyst.com

I was told two interesting nuggets on the Baltimore Ravens last night: 1) if they hold onto the 16th selection, offensive tackle Cam Robinson enters the conversation as the pick and 2) if they trade down, the target is likely Takkarist McKinley, a favorite of Ozzie Newsome over the past six months.

We’ve heard whispers of the Ravens having interest in Robinson. And while not sexy, it does make some sense. Plugging him in at right tackle would allow the team to keep Alex Lewis in his optimal spot at left guard. It’s also a move that ranks lower on the risk scale. Many in the organization have spoken publicly about their desire to develop a physical offensive line, enabling them to run the football more effectively in 2017. For a team void of premier threats in the passing game, the route to short-term success could be more of a ball control approach.

[Related: Another First Round Tackle?]

While I personally thinking grabbing a playmaker like wide receiver Corey Davis would be a better use of resources, I could certainly understand the selection.

Option 2 is very fascinating. Trading down and drafting “Takk” would absolutely be a “ceiling” play, a path typically not taken in the first round in Baltimore. There will likely be more polished rushers on the board when the Ravens are on the clock in this scenario but none will have the athletic profile McKinley does.

His motor, explosiveness and physical playing style are all Raven-esque traits, but he’ll need plenty of refining. With Elvis Dumervil gone and Terrrell Suggs in the twilight of his career, maybe the team feels they need to shoot for another star instead of a solid eight-sack a year guy?

Pauline is plugged in on these sorts of things but the Ravens are notoriously tight lipped pre-draft, especially Ozzie.