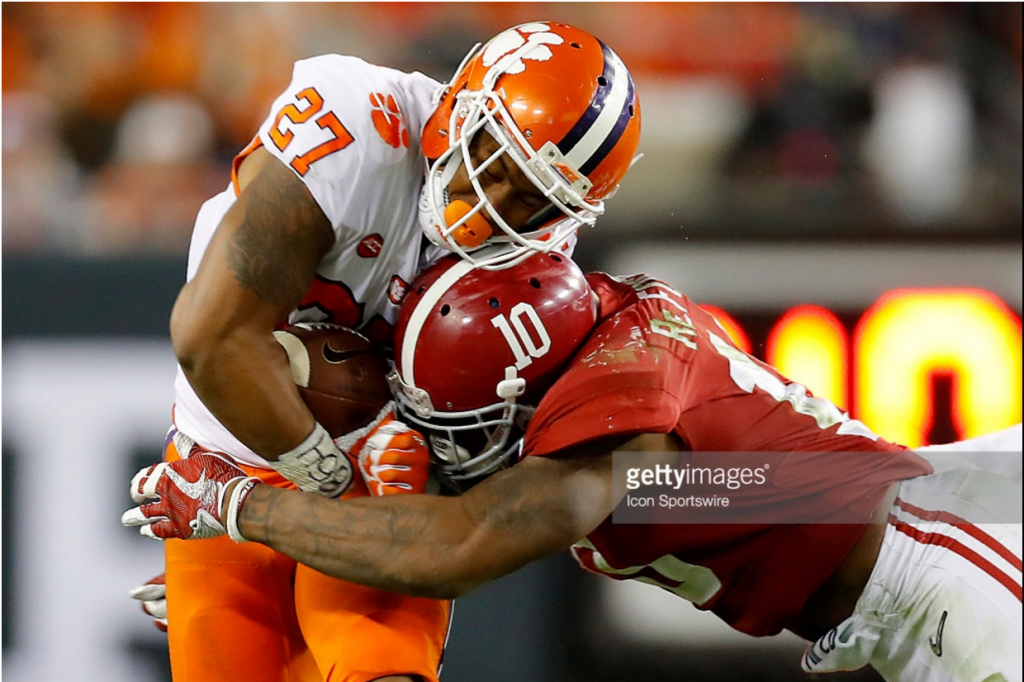 By now you’ve been mocked to death and names are flying all over media draft boards. Many players are falling. Several teams are considering trading back. The backpedaling is so severe that it leaves you wondering if anyone besides Myles Garrett will be selected in the first round.

No one knows for sure and that makes the intrigue of this particular draft that much greater – the drama more pronounced. Here are a few final draft day musings that I’ve been kicking around.

• John Ross will not be a Raven and that’s unfortunate because this guy is going to be special. The medical concerns are too risky for the Ravens and they really need to hit on their first pick.
• Derek Barnett’s slow get off is a concern and despite his production at Tennessee he won’t be moving to Baltimore.
• Haason Reddick will not fall to No. 16. He will be the beneficiary of the red flags flapping around Reuben Foster.

Things I Think Will Happen

• Two of the top 3 receivers will be available for the Ravens.
• At least two quarterbacks will be taken at some point during the first 12 picks.
• Seven of the first 15 picks will be from Alabama or Ohio State.
• Four teams will make selections before the Ravens that will make you go, “WTF!”

Things That Should Happen

• The Ravens need to take the highest-ranking player on their board who plays one of these positions: WR, Edge, CB.
• Despite the plethora of tight ends currently on the Ravens roster, if OJ Howard falls to them, make that pick.

• The Ravens should not pick one of the available offensive linemen at No. 16.
• The notion that Michigan’s Jabrill Peppers will be a Raven due to the Harbaugh connectivity is ridiculous. If Peppers enters the AFC North it will be via Pittsburgh or Cleveland.
• Reuben Foster, despite his diluted samplings, will not fall to the Ravens at No. 16.

Things That I Wish Would Happen

• San Francisco, Jacksonville, NY Jets and Cleveland all take QB’s before the 16th pick.
• Haason Reddick or Christian McCaffrey somehow falls to No. 16.
• The Ravens are forward thinking enough to find a way to move back into the second round and select CB Sidney Jones. He could replace the one-year rental named Brandon Carr in 2018.

What have you got?