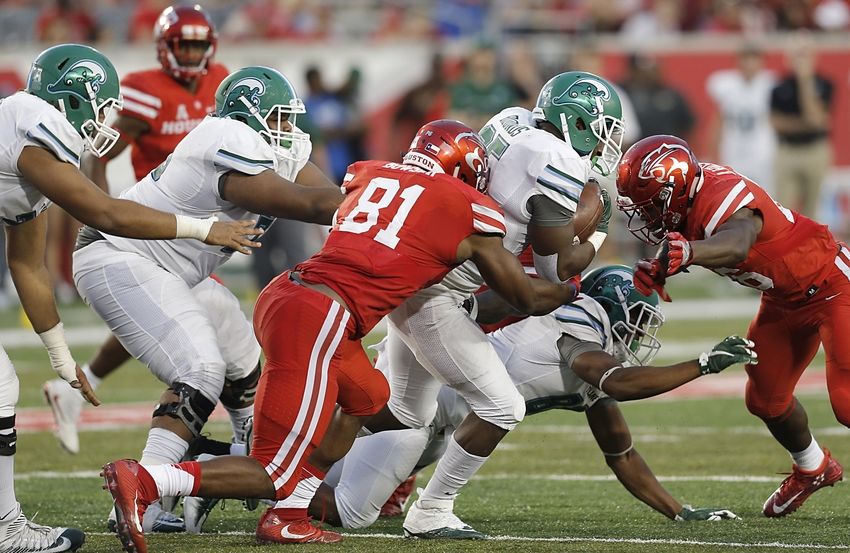 Well, this feel’s like Groundhog Day from last year’s second-round pick for the Baltimore Ravens.

After adding Alabama cornerback Marlon Humphrey in round one on Thursday night, the Ravens continued the youth movement on defense by adding Houston outside linebacker Tyus Bowser in the second round with the 48th overall pick.

Pass-rushing help has been a desperate need for the Ravens in recent years, and Bowser addresses both need and value, as selecting him in the middle of the second round is a sweet spot for his ability on the edge.

A four-year player in college, Bowser’s career culminated with a 12-sack senior season in 2016. Bowser is similar to the Correa selection in round two of last year’s draft in the sense that he is a solid, well-rounded player on the edge, but does not stand out in any one aspect.

The difference for Bowser compared to other recent picks by the Ravens on the edge such as Correa, Matt Judon and Za’Darius Smith, is his supreme athletic talent.

Baltimore’s recent selections at outside linebacker have been good-but-not-great athletes, and Bowser bucks the trend by being one of the most well-rounded athletes at linebacker in this year’s draft class.

A raw but developing pass rusher, Bowser should see more rookie success than the likes of Correa and Smith. He projects as a diverse edge-setter who will provide more value as a pass rusher than in run defense.

Bowser does not have the talent or body of work to be a premier edge rusher, but should be good for a career in which he settles in as a player who is capable of averaging 6-8 sacks per season.