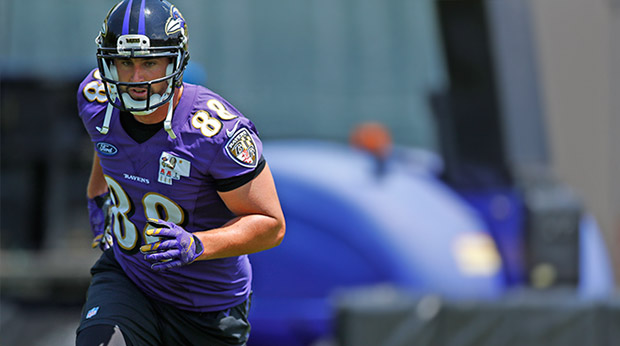 The Ravens concluded the second week of their OTAs on Friday, and again, they were hit with bad news on the injury front.

After Thursday’s season-ending ACL injury to 2nd year CB Tavon Young, Friday brought news that TE Dennis Pitta had again re-injured his hip. This time though, the 3rd fracture of the same hip in 4 seasons, likely signals the end of Pitta’s NFL career.

The following are some of the Salary Cap issues that have come to the forefront based on the events (mostly the injuries) over the last week starting with the former Brigham Young Cougar:

PITTA: This March, for the second straight year, the Ravens and Pitta agreed to a restructured deal that lowered Pitta’s Cap number. In both cases, the reduction in salary and Cap number basically ended up equaling the Cap savings from his release, so it was a win-win for both parties.

More importantly, though, the restructures also included an injury waiver that protected the team against a re-injury to Pitta’s hip. Due to the reoccurrence of the injury, Pitta is likely to retire anyway, but the injury waiver also allows the Ravens to release Pitta (if necessary) and avoid having to put him on IR and pay his $2.5M base salary. The injury waiver also allows the team to avoid any potential Injury Protection Benefit liability if Pitta’s injury ends his career (which now seems pretty likely). 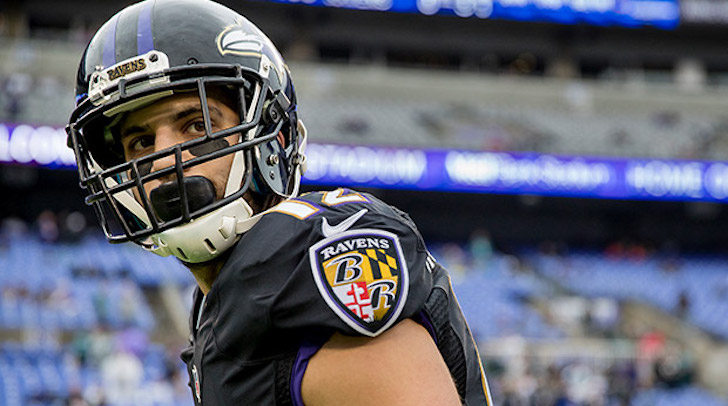 WR MICHAEL CAMPANARO: Campanaro is also sidelined due to an injury, albeit a much more minor one, but his recent toe injury resurrects the concerns that Campanaro is simply too injury-prone to be counted on. In March, the Ravens tendered Campanaro with the low RFA tender, which amounted to a non-guaranteed, 1-year contract worth $1.797M. In April, the Ravens and Campanaro agreed to replace the RFA tender with a new 1-year deal with a base value of $1.2M, which includes a base salary of $700K, a Signing Bonus of $250K and a roster bonus of $250K that would be earned if Campanaro makes the initial 53-man roster in September. The deal also includes incentives that could take the value up to $2M if Campanaro stays healthy and performs.

When Campanaro was extended the RFA tender and even when the deal was restructured, there really didn’t seem to be much cause for consternation. In fact, the April restructure actually made the terms more team friendly (Campanaro did get $250K of it guaranteed, but he conceded $600K in the base deal). Of course, during that time (March & April), it seemed reasonable to assume that the team would be adding more talent at the WR position, so Campanaro would have to earn his roster spot. Now, though, with no new WR talent having been added (so far) and Campanaro again fighting the injury bug, it is probably fair to wonder if this deal might cost the Ravens down the road? While $1.2M isn’t a large deal in the grand scheme of things, if the injury bug continues to haunt Campanaro and eventually lands him on IR (as it has in each of his 3 seasons in the NFL), it will certainly be fair to wonder if that money could have been more wisely spent elsewhere. 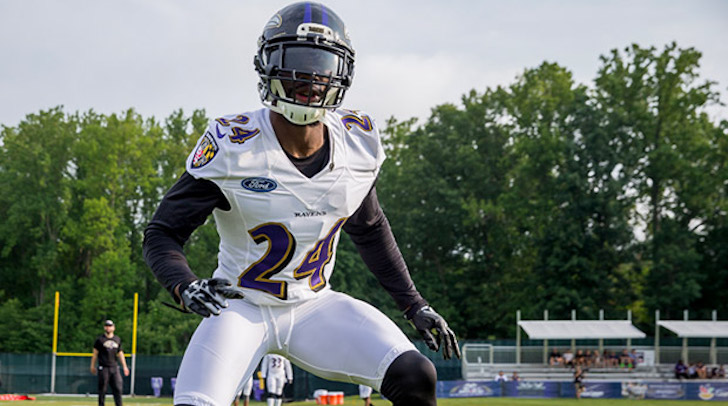 CB KYLE ARRINGTON: There have been a lot of questions as to why CB Kyle Arrington has not yet been released.

Arrington took a pay cut last offseason and then spent the entire 2016 season on IR due to concussion symptoms. At this point, it would seem that Arrington isn’t in the team’s plans for 2017 and there is $2.1M in Cap savings available if/when he is released. The team could very much use that Cap savings.

Since Arrington is in the last year of his contract, there was no reason to wait until after June 1 to obtain additional Cap relief, so why hasn’t he been released yet?

The guess here is that the Ravens still plan to release him, but are waiting until he is able to pass the test necessary to exit the concussion protocol. A player who was injured during the prior season can be released with having to go on IR or receive an injury settlement, but if the player can no longer play due to the injury, the player can receive an additional benefit from the team in lieu of the lost salary.

In the past, this wasn’t really an issue because this benefit, called the Injury Protection Benefit (IPB), did not count against the Salary Cap. But, starting in 2016, it began counting against the Cap and is probably the reason that Arrington hasn’t been released yet.

Arrington would be entitled to receive the IPB if is released and he can prove that he is unable to play in 2017. If so, he would be entitled to receive the $1.05M IPB and that amount would then count against the Ravens’ Cap. Needless to say, that $1.05M would greatly reduce the $2.1M in Cap savings that would otherwise be expected from his release.

As such, the Ravens will likely wait as long as needed before making the decision to release Arrington. At this point, though, since Arrington is still in concussion protocol, one has to wonder if he’s ever going to be cleared and if he’s going be have a claim for the benefit one way or another.

It has been asked if Arrington now possibly has more of a chance with the Ravens after the Young injury. The feeling here is that the Ravens are still likely to want to move on. Arrington wasn’t very good when he did play in 2015, missed all of 2016 and is still parked in concussion protocol. That seems like a pretty sizeable risk to bet his $2.1M base salary on. 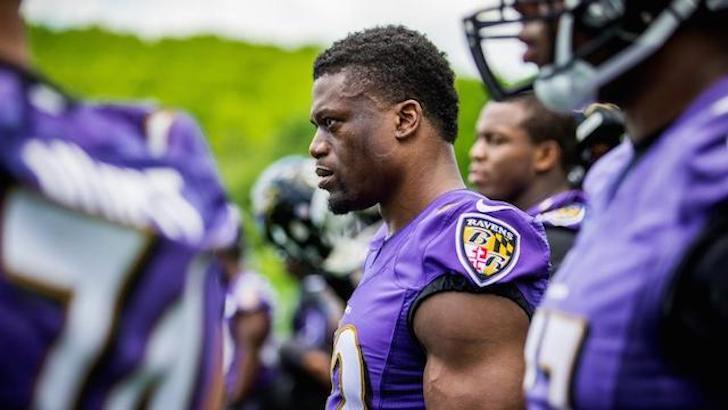 TE BEN WATSON: This one is still a bit of a mystery as the team has really said very little about Watson. Once Pitta accepted the pay cut in March, it seemed that Watson’s career in Baltimore might very well come to an end without having played in a single regular season game. Obviously, that didn’t happen, and while the team has continued to be very complementary of him, there’s never really been a definitive explanation of their plans for him.

So, it’s very possible that, much like with Arrington, the team was waiting until Watson was cleared to play to avoid any possibility of having an Injury Protection Benefit claim.

But Pitta’s injury may have changed the team’s thinking. Pitta’s injury would certainly seem to strengthen the case for Watson’s return, but there’s also been very little said about his recovery and when he is expected to return to the field, so…….who knows?!?

The Ravens are presently around $3.2M under the Salary Cap, pending the resolution of Pitta’s status (as well as Arrington’s). If the team wants to create additional Cap space, they will likely have to look to restructure a contract or two to do so.

Candidates for a contract restructure (turning base salary into bonus to reduce the player’s 2017 Cap number) could be Joe Flacco, Justin Tucker, Eric Weddle, Marshal Yanda and Jimmy Smith. That said, restructuring a contract to create present Cap space comes at the expense of future Cap space, and each of the aforementioned candidates comes with varying degrees of risk when restructuring the contract of that player.

The Ravens’ current Cap breakdown can always be found HERE, including a projected figure based on Cap adjustments that I believe, the NFLPA has not yet added.