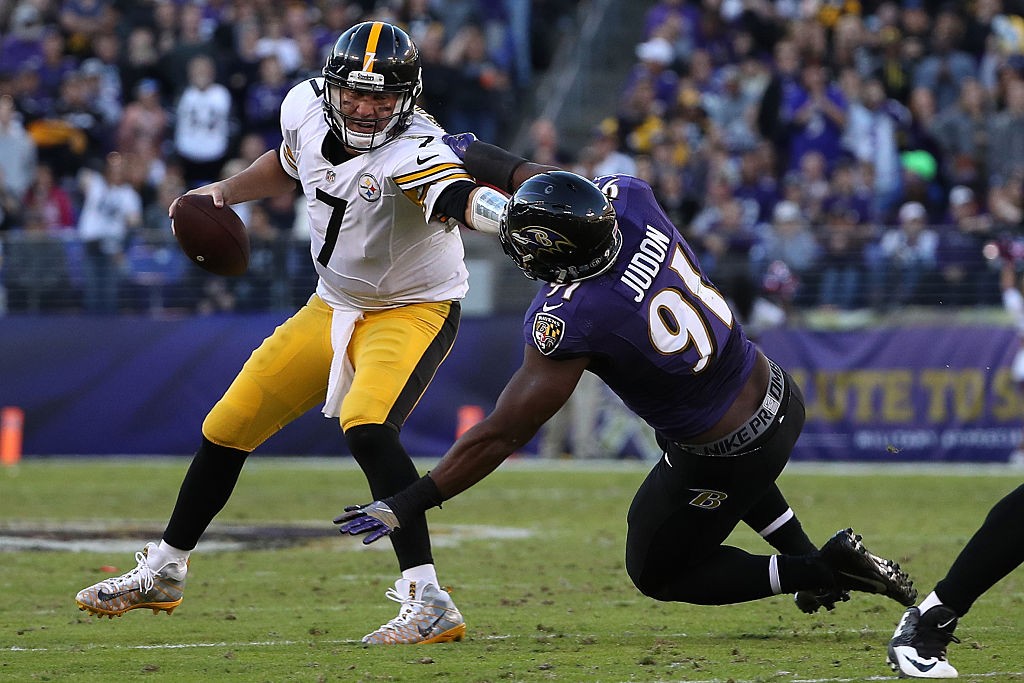 It’s a regular ritual for the Ravens to get plus production from one of their incumbent starters. Last year, Lawrence Guy held onto the starting five-technique spot and ended up having a strong season that he parlayed into a lucrative deal with the New England Patriots. Two years prior, Rick Wagner not only kept the starting RT job, he had a banner season.

This season, Brent Urban and Matt Judon are the incumbents to watch. Both players saw their snaps increase during the second half of the 2016 season, and they responded. That snap increase will hit a sharp spike in 2017, as Urban and Judon are first-teamers heading into camp. With more playing time, Urban and Judon are prime breakout candidates. The Ravens need them to come through to get to the quarterback with higher frequency. 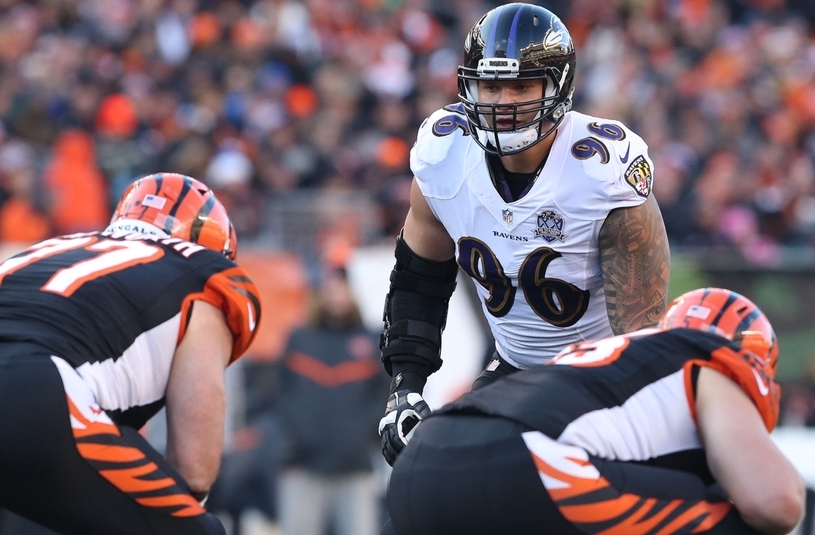 It’s no secret that Urban has been plagued by injuries throughout his career. But last year he was healthy and ended up logging snaps in all 16 games. Heading into his fourth season, this is right around the time when the light should finally go off for Urban to put it all together. He may be following in the same footsteps as other late bloomers like Paul Kruger and Dwan Edwards.

Injuries aside, when Urban was drafted, he was raw and needed time to refine his technique. He was expected to contribute right away on special teams, but it would take some time before he cracked the starting lineup. In 2016, Urban came on as the season progressed. Given his durability issues, it seemed like the defensive coaching staff kept his snap count in check to keep him fresh and active. The move paid off.

Of all the Ravens defenders I charted every week, he was among the most effective reserves when it came to delivering quality production on the limited snaps he earned. He made the most out of his opportunities, whether it was creating quick penetration, pushing the pocket to disrupt the run, or using his length (6’8” 300 pounds) to bat down passes.

Against Miami, Urban flashed his raw power by simply walking the opposing guard into Ryan Tannehill on one of two sacks he registered all of last season. He was also a bigger part of the rotation against the Bengals the week before, batting down Andy Dalton’s passes during critical moments of the fourth quarter.

It won’t be easy for Urban to fend off third-round picks Bronson Kaufusi and Chris Wormley for the starting job. All three players share the commonality of being giant human beings. However, their games are uniquely different. Kaufusi is an athlete who can stand up and play multiple positions along the front. Even as a rookie, Wormley looks like the more seasoned, technically sound DE who can make an instant impact in the run game.

Urban will have to show that he can handle the extra reps. If he’s able to consistently play with a lower center of gravity (not easy for a man his height), and keep refining his technique, he’ll hold on to the job.

Judon’s ascent to the starting role has come much quicker than Urban’s. It’s an especially impressive feat when you consider that at this time last year, he was behind Za’Darius Smith and had stiff competition for playing time from former Raven Victor Ochi.

Judon’s five sacks in the preseason and four sacks during the regular season are well-documented. It’s how Judon got to the quarterback and how he was used last season that’s of interest.

He didn’t line up inside as a DT in third-and-long rush packages, but I expect he’ll get a longer look in that “Pernell McPhee” role this coming season, especially given the Ravens’ selection of Tyus Bowser and Tim Williams. With Judon’s size and surprising get-off, he has the potential to get quick, inside pressure and ruin plays.

What makes Judon unique as a young rusher is that he already understands how to use his hands and set up opposing pass blockers with an array of moves (the rip, the club, the insider counter). His long arms are also a tremendous advantage in the rush game. Given his power game and unique build, it’s difficult for opposing tackles to prepare for him the same way they’d prepare for other edge rushers.

Like Urban, Judon is hardly a stone-cold lock to stay in the starting role. Bowser and Williams provide plenty of competition, and Albert McClellan is the team’s best edge setter. He’ll continue to play often on early downs until Judon proves he can set the edge in the running game. Z. Smith also figures to be in the mix but he could just as easily sink on the depth chart.

In addition to handling his run defense responsibilities, Judon has to prove he can drop into coverage and play in space if he’s to earn consistent playing time. Otherwise, his best fit remains as a sub-package rush end who can move inside and put his hand in the dirt when Williams and Suggs are both on the field. There’s no reason to think Judon can’t give the team anywhere between six-to-eight sacks in 2017. He’ll need to be a catalyst for the team’s front-four rush, which was abysmal last season.