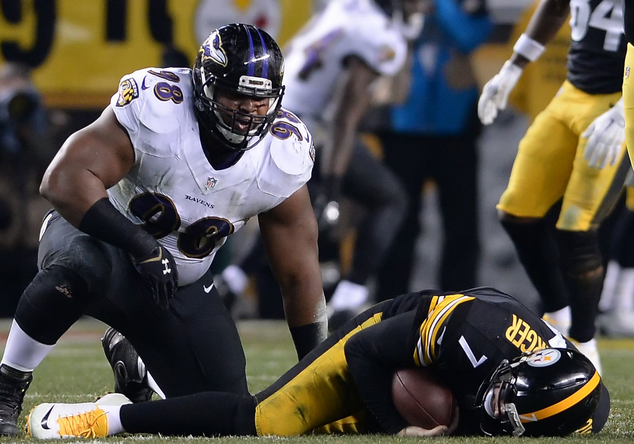 BWill wants to take down QBs as well as RBs. What’s up with the tight ends? How about Zach Orr? And why a new NFL fan should root for the Ravens over other squads.

Brandon Williams: I Need to Get My Sacks Up

Brandon Williams says he’s working on his pass rush moves. Great to see the drive to improve from a guy who already got his big payday. If BWill can become a threat as a pass rusher, while maintaining his dominance as a run stuffer? The Ravens got quite a bargain.

Check Out Marlon Humphrey on the Field

Alabama loves their college football, and that includes keeping track of their players who jump to the NFL.

The Baltimore Sun’s Childs Walker has all the quotes from Orr, his agent, and Ozzie Newsome, in case you missed them last week. This is a very strange situation indeed.

Why You Should Root for the Baltimore Ravens

NFL.com is doing a silly little series on “Why You Should Root For” every team (seems like a response to Deadspin’s Drew Magary’s annual “Why Your Team Sucks” to me). It sounds cheesy, but I actually enjoyed reading this. Extra points in my book for writer Adam Rank rank-ing Ed Reed over Ray Lewis as the Franchise’s Best.