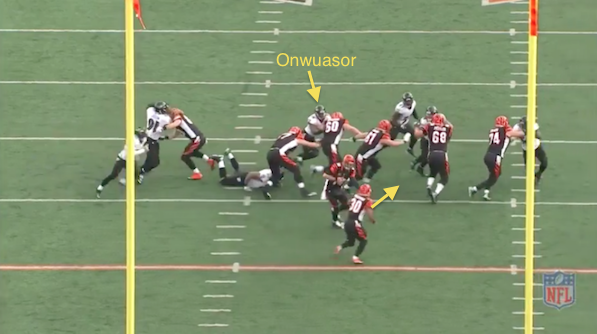 One of the pleasant surprises of the Baltimore Ravens roster at the end of the 2016 season was the late development of undrafted rookie linebacker Patrick Onwuasor.

Promoted to the practice squad in October of last season, Onwuasor became a regular on special teams, ultimately developing into a rotational role at linebacker before starting the Week 17 matchup against the Cincinnati Bengals in place of Zachary Orr.

For Onwuasor, he has followed a similar path to Orr – the linebacker he is looking to replace in the starting lineup – thus far. Onwuasor is looking to turn a solid finish to his rookie season into a breakthrough second year in similar fashion to the way Orr developed in his third season.

The second-year linebacker has a prime opportunity to assert himself as the top option next to C.J. Mosley, as neither Kamalei Correa nor Albert McClellan appear to be favorites at the moment. Of the three, Onwuasor has the highest potential as a pure inside linebacker, and deserves to ultimately be a starter opposite Mosley in Week 1.

Let’s take a look back at Onwuasor’s lone start last season and why he has plenty of potential at the inside linebacker position.

Against the Bengals, where Onwuasor stood out most was in run defense, particularly in regards to diagnosing the play and reacting in enough time to position himself for a tackle.

As the running back receives the handoff toward the right side, Onwuasor has already sniffed the play out and made his move. 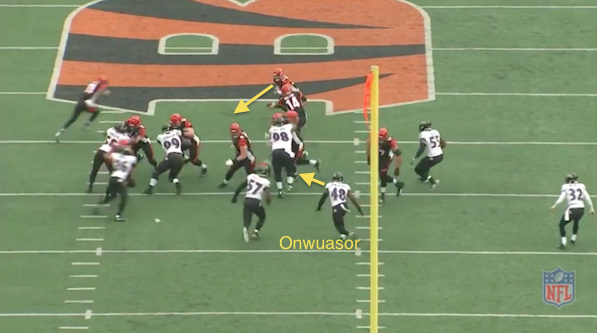 Onwuasor works laterally across the field through a wave of blockers, maintaining eyes on the ball carrier at all times. 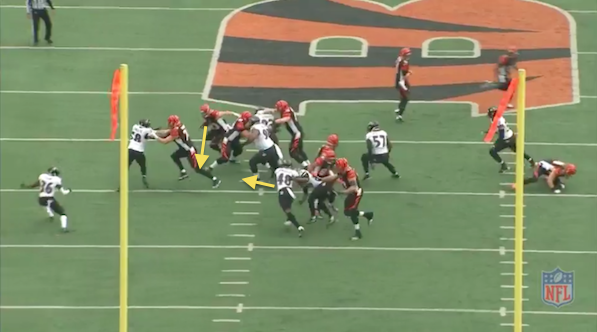 By the time the running back hits the hole, Onwuasor has already worked his way across the field to help seal off the running lane. This is a product of both Onwuasor’s awareness in recognizing the run play and reacting, as well as his lateral agility to work toward his left in enough time to stop the run. 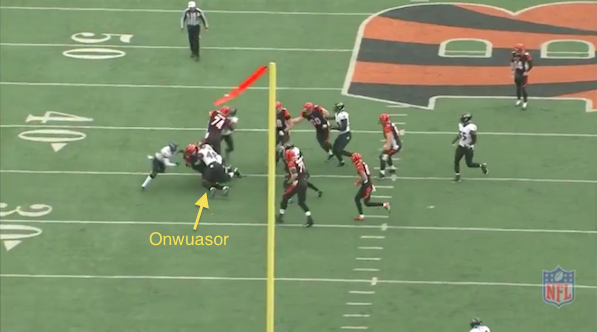 This was a regular occurrence for Onwuasor throughout the game. Here, he again recognizes the run and works his way left in order to block off the run lane.

Onwuasor checks off two boxes here: strength to disengage from the block and the ability to keep his head up throughout the play. Too many defenders in the NFL drop their head when they attack the ball carrier, opening the door for them to lose sight of the ball. Onwuasor does the exact opposite on this play. 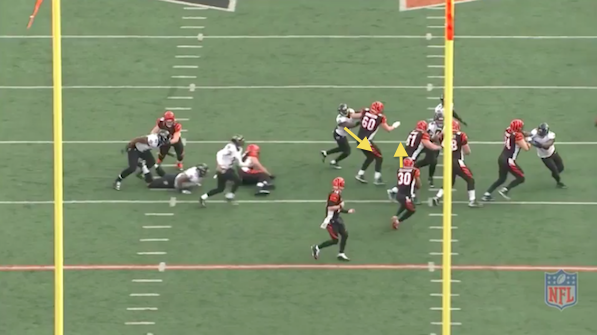 By the time the ball carrier reaches his run lane, Onwuasor has already shed his block and positioned himself to make the stop. This is a textbook example of run defense. 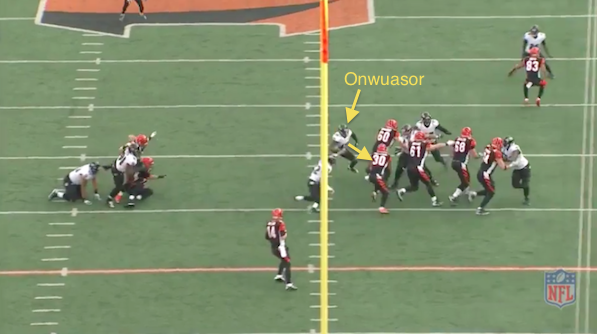 As mentioned, Onwuasor’s key plays primarily came against the run in the Week 17 matchup against Cincinnati. His opportunities in pass defense were minimal as he stayed close to the line of scrimmage for most of the game.

However, one play did stand out, which shows Onwuasor’s instincts and closing speed. For this play, Onwuasor is on the right side of the defense and is tasked with tracking down the running back out of the backfield on the opposite side. 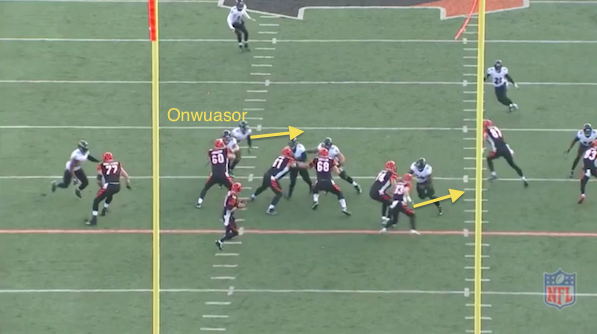 Onwuasor diagnoses his assignment and quickly crosses the field, rightfully not opting to pick up the crossing receiver as he has coverage help behind him. 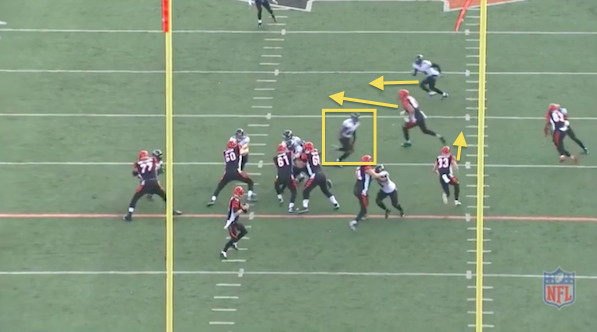 By the time the running back makes his way out of the backfield, Onwuasor has already positioned himself in coverage to prevent any potential passing play to his side. 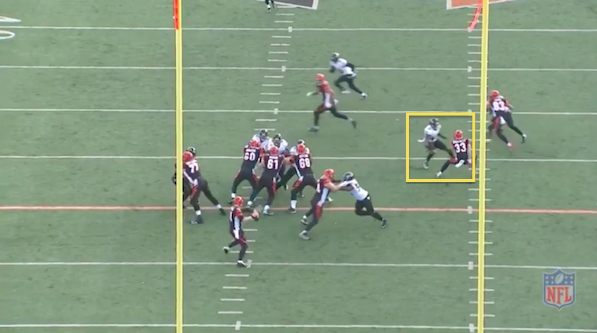 Instincts are one aspect of football that cannot be taught, and luckily for the Ravens, Onwuasor has an innate feel for the game.

Onwuasor is the best “true” inside linebacker of the bunch competing for Orr’s backfill, and based off his promising finish to 2016, there is no reason that Onwuasor cannot take the next step in year two. If the Ravens want a complete player with plenty of upside to play opposite Mosley, Onwuasor should earn some starts this season.