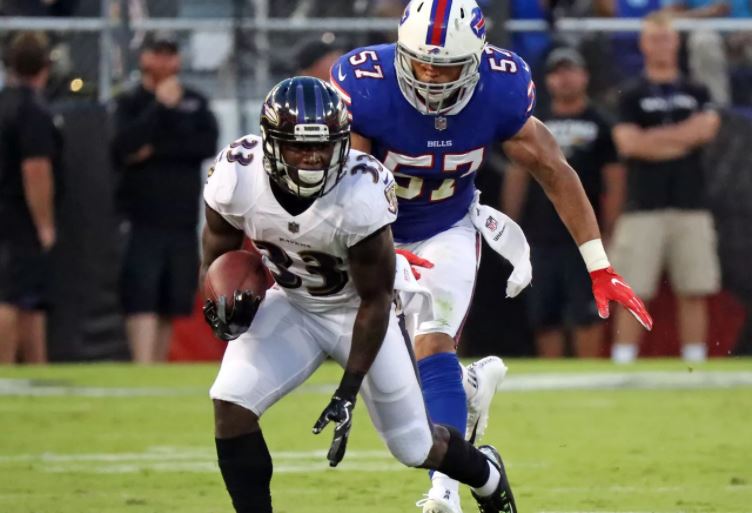 For all intents and purposes, the main spectacle known as preseason football is coming to a merciful end. Aside from maybe two or three spots, it’s safe to say that most of the Ravens’ roster is set. Those final spots are rarely determined by anything that happens in the fourth preseason game. Special teams value and player-by-player talent comparisons will be the determining factors for the coaching staff as they get closer and closer to cut-down day. We’re one more game away from having a final 53.

Analysis: Josh Woodrum needed a better game against Buffalo. For as smart and technically savvy as he is, his physical shortcomings were on display. Mallett will hold on to the backup job going into the season.

Analysis: Mizzell is making up for the lack of pass-catching and explosiveness that the team lost when Kenneth Dixon went down earlier in camp. Otherwise, this group lacks that extra gear.

Analysis: When it’s all said and done, Adeboyejo probably hasn’t done enough to warrant a place on the 53. But he’s a classic “stash” candidate (who could be placed on IR). Otherwise, given the interest he received as a free agent, he’ll be tough to keep on the practice squad.

Analysis: Vince Mayle is an interesting case given his athleticism and ability to contribute on special teams, but ultimately, I think he is a victim of the numbers game.

Analysis: Nothing has changed dramatically since the last breakdown of this unit. No matter how the starting five is arranged, this is a line that will challenge the patience of fans all season long.

Analysis: There is still every reason to believe that one of these defensive linemen is potential trade bait. Wormley isn’t anywhere near ready for primetime.

Analysis: I was dead wrong in my original prediction that Smith won’t make this roster. He’s been lights out through training camp and the preseason. The edge defenders are as talented and deep a collection as this team has had in years.

Analysis: Price is the definition of a bubble player. You can certainly make the case either way, but I see the team sticking with him because he still offers value as a man-press corner, which Dean Pees covets.