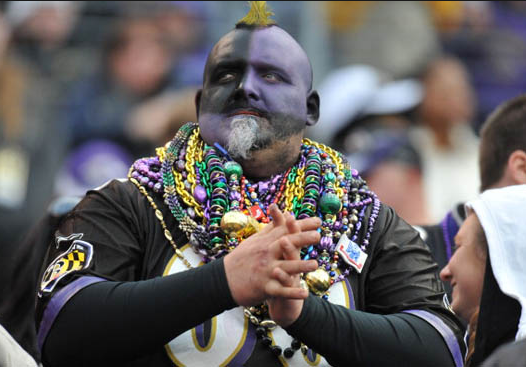 The official kickoff of the B’More Confident series, focusing on every possible reach, excuse, and irrational, purple Kool-Aid driven narrative – sprinkled with a hint of truth – that culminates in the Ravens hoisting yet another Lombardi.

PLEASE NOTE- All opinions are formulated by @AdamBMore and reflect the worst-of-the-worst, the most eye-rolling, borderline troll-esque opinions, and in no way do the reflect those opinions of Russell Street Report, or any of the other brilliant writers. Cheers!

Football season is upon us Ravens fans!

While I’d love nothing more than to host the season opener right here in our beloved city of Baltimore, I am actually excited to kick things off against Cincy, regardless of location. 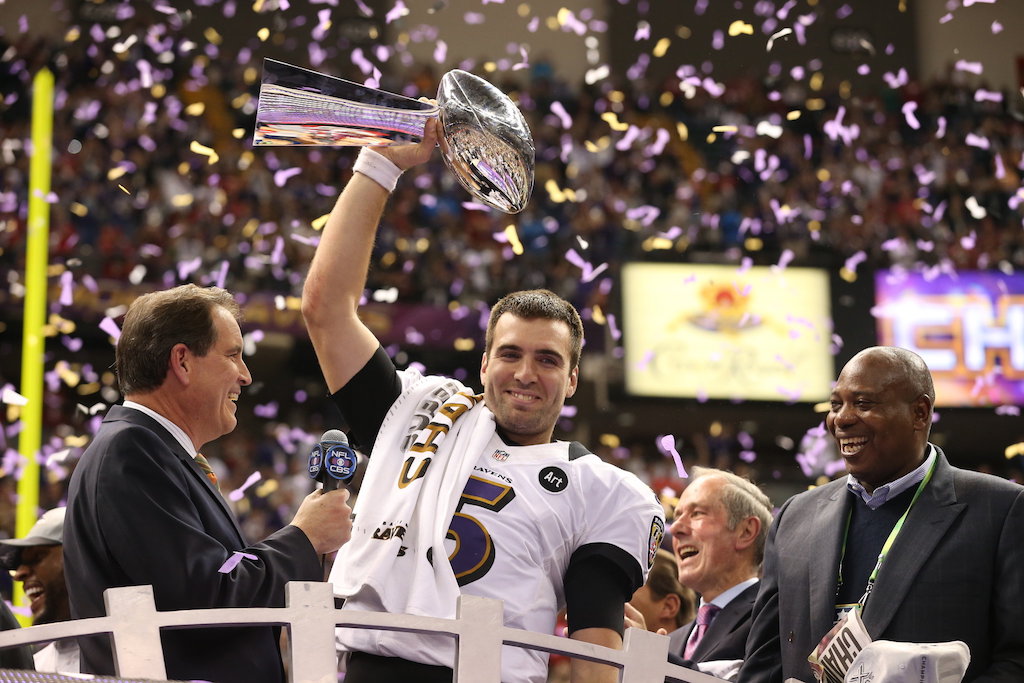 2014 – The Ravens actually lost to the Bengals in the opener… then went on to a 10-6 record (after an 8-8 season, ironically enough) and got a few rounds deep in the playoffs.

Not only that, but the Ravens went out on a whimper in 2016 in Cincy. They need to right the ship. They need to atone for that uninspiring final game for Steve Smith Sr.

And like a poorly-imitated Taylor Swift music video, the Ravens shall exact their revenge as they tame the Bengals tomorrow afternoon. 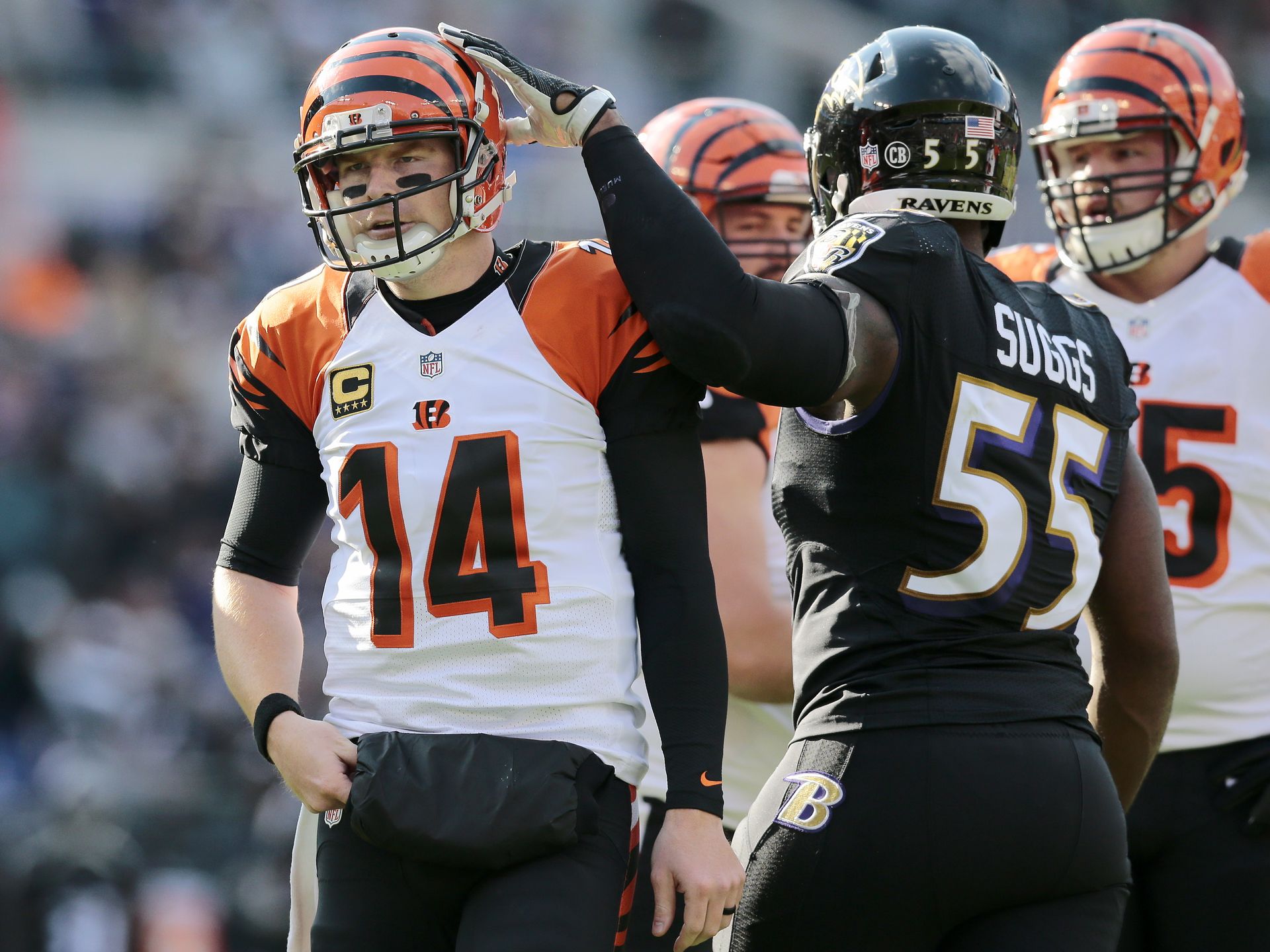 I was going to go with one of those off-the-wall-Berman scores like 22.5-18, but I try to maintain a level of professionalism, or at least teeter on the fine line of it.

So how do we get to this final score? Who finds paydirt Week 1? How is Andy Dalton‘s hair so vibrantly neon red? Has Marvin Lewis ever smiled? Does Vontaze Burfict literally hate everybody?

Yes, Joe Flacco has been a ghost haunting the sidelines all preseason. And sure, the running back committee has fewer household names than a celebrity cooking show.And of course, this offensive line…

But the Bengals continue to Bengal (filling roster spots with dirty players on & off the field) which so graciously allows the Ravens to face a Cincy defense without VBurfict (dirty hit on the field), and Pacman Jones (dirty hit off the field, lack of credible ‘fall guy’). I’m also gonna put my money on these 2 being suspended by the second Ravens encounter as well, likely avoiding the matchup again (coincidence? Nah, just scared).

Andy Dalton won’t have ample time to hit A.J. Green for the usual 6 catches, 150 yards, 2 TD’s. Instead the Red Rocket will be seeing… well, red… with a slew of purple jerseys in his face.

So I guess he’ll be seeing red and purple. And possibly green as he faceplants the turf… perhaps the blue sky as lay on the ground in pain… he’ll see many colors is really the point of this narrative.

Eventually the 2nd best QB on the roster (pssst! A.J. McCarron is better, pass it on!) tries to heave one up to Green… but instead finds Tony Jefferson for his first pick as a Raven.

Eric Weddle will later tell the media that T.J.’s pick was ‘dumb luck‘ as it was a tipped ball that fell into his hands. Not because he’s an ass, but because they’re competitive and also the best safety tandem in the AFC, hands down.

The only Bengals TD will come on a defensive effort, as Joe Flacco will throw one of his patented “what the hell was that, Joe?” picks to be returned for a TD.

It’s cool though because he’s still be better than Dalton.

Ultimately the kickers come into play, I guess. Justin Tucker goes 2-for-2, both beyond 40 yards. The Bengals kicker… (Googles Bengals kicker)…

Anyway, he goes 3-for-4, as the Ravens do what they did all preseason/last season/always and block a field goal attempt late in the 4th quarter.

The block is followed by an ominous silence in Cincy.

It falls so silent that they can actually hear the Ravens fanbase back in Baltimore laughing hysterically at Bullock and the Bengals.

Come 4(ish) pm, the Bengals have lost their first of 10 on the season on their way to tying the Browns for last place in the AFC North, and the inevitable dismissal of head coach Marvin Lewis – FINALLY.

The Ravens win their first of 10 on their way to a wild card berth and return to the playoffs.

All is well in the future Title Town, USA as the team prepares for Week 2.