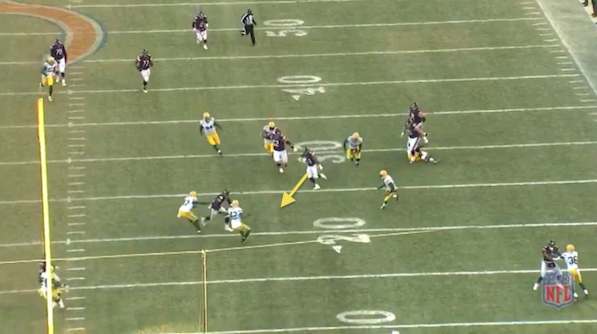 With running back Danny Woodhead on IR and set to miss at least the first half of the season, the Baltimore Ravens opted to call up Jeremy Langford from the practice squad to fill Woodhead’s void.

The Ravens had two practice squad options, actually, as along with Langford was Alex Collins, a 2016 draft pick by the Seattle Seahawks. What likely led to the decision to promote Langford over Collins was the fact that Langford provides more in the aspects of the game in which Woodhead excelled, particularly on passing plays.

With Terrance West and Buck Allen set to be a solid one-two punch on the ground, the Ravens needed to use the running back promotion opportunity to improve the overall passing game, and adding Langford to the 53-man roster does just that.

Given the short notice, it remains to be seen whether or not Langford will suit up for Sunday’s game against the Cleveland Browns, but long-term he figures to make an impact in the passing game during Woodhead’s absence.

To be clear, no option the Ravens had to choose from would have been a direct backfill for Woodhead, as he is one of the league’s most prolific receiving running backs. But in terms of at least getting some aspects of Woodhead’s game back into the offense, adding Langford to the roster achieves the goal.

In his third season in the NFL, Langford is a former draft pick of the Chicago Bears, but comes to Baltimore as a player who quite frankly never seized his opportunities in two years with Chicago. He had a respectable rookie year in 2015 with 537 rushing yards and 22 receptions, but was outplayed by Jordan Howard in year two and then by rookie Tarik Cohen in this year’s preseason.

Being outplayed by rookies in back-to-back years made Langford expendable; however, he is still talented enough to contribute in the NFL. As a runner, Langford is average across the board, entering Baltimore with a career yards per carry of 3.5 and having never truly stood out on the ground.

But luckily for Baltimore, as the third running back option, Langford can be relied on more heavily on passing downs, which is where he excels. Both as a receiver and pass blocker, Langford is an adequate option who should see some snaps for the Ravens on passing plays once he is up to speed.

Let’s take a look at why Langford can make an impact on passing downs for Baltimore.

As a pass blocker, Langford is more than willing to square up with a defender and hold his own in the pocket. 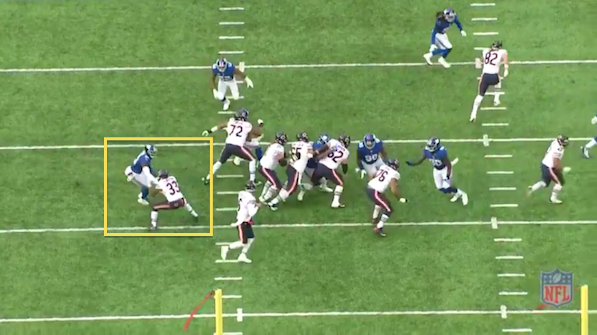 Langford has ideal pass-blocking technique and more importantly, finishes his blocks when protecting the passer. 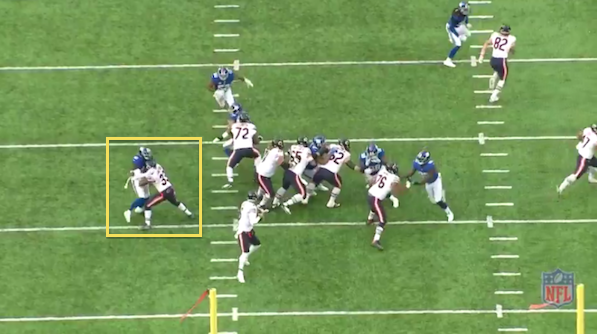 Most running backs pass block out of sheer necessity, but few actually show effort throughout the play. Langford does just that as he uses his initial punch to fend off the defender, but then follows through with the block until the quarterback gets the pass off. 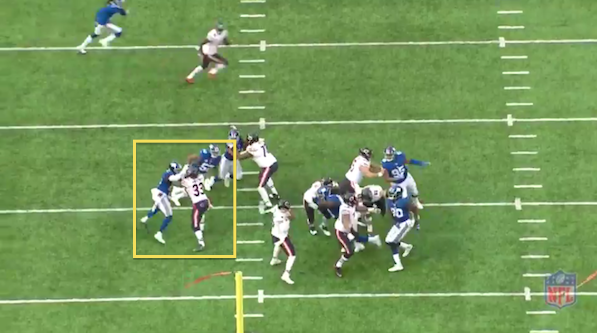 On passing plays, the Ravens will need Langford to hold his ground in the pocket to protect Joe Flacco, and he can do just that.

Along with value as a pass blocker comes Langford’s ability as a receiving threat out of the backfield.

Here, Langford slips out of the backfield on a typical screen play. 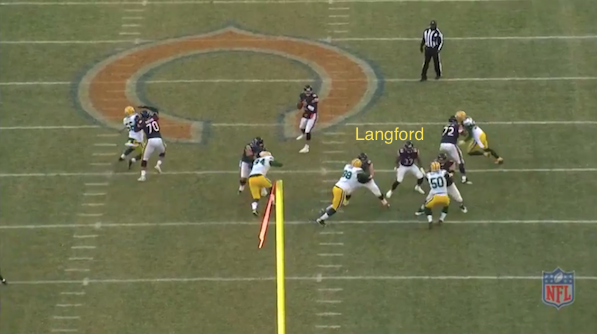 He originally follows blocks to the outside and displays solid vision as a ball carrier. 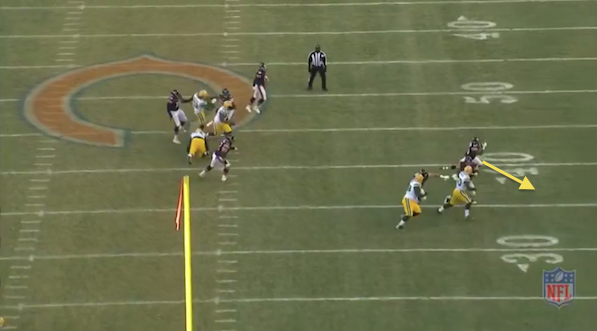 Langford then cuts in toward the middle of the field and gives himself and open field to pick up extra yardage. 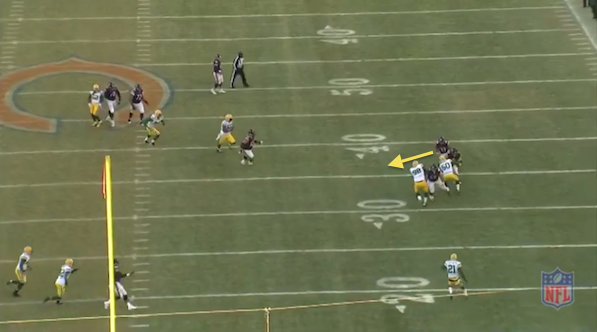 With his superior vision out of the backfield, Langford is able to turn a short pass play into a gain of almost 20 yards.

This trait was regularly on display throughout the 2016 season, and Langford is sure to get his fair share of opportunities in the passing game once acclimated.

Here, Langford again properly follows his blocks to the outside on a screen play. 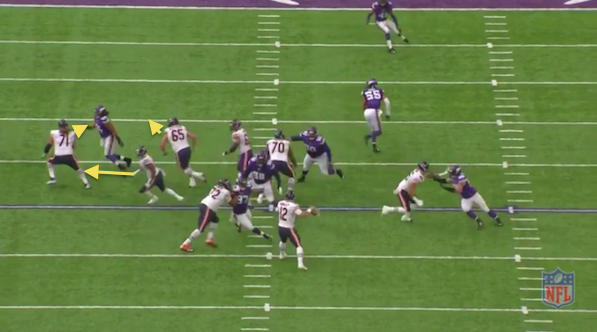 Langford slows down to let his blocks develop ahead of him, showing patience with the ball in his hands. 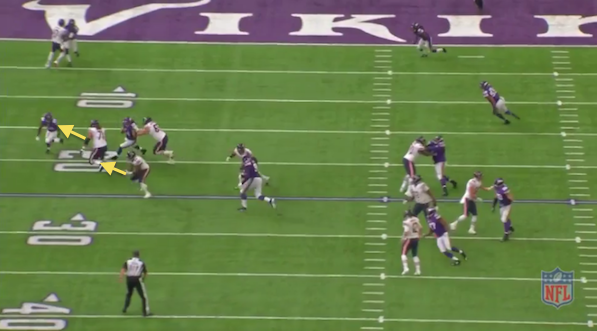 Once the blocks take shape, Langford shows quality vision and awareness by cutting back toward the middle of the field, creating space. 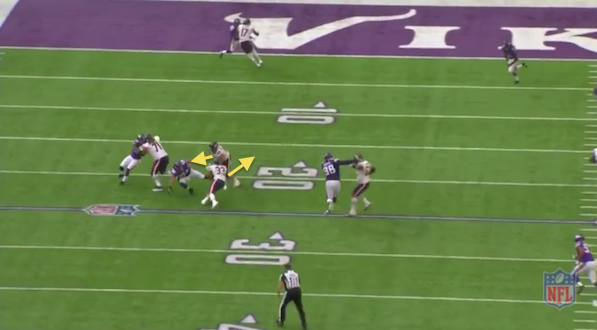 Langford ultimately turns nothing into something, and finishes the play by gaining double-digit yardage. 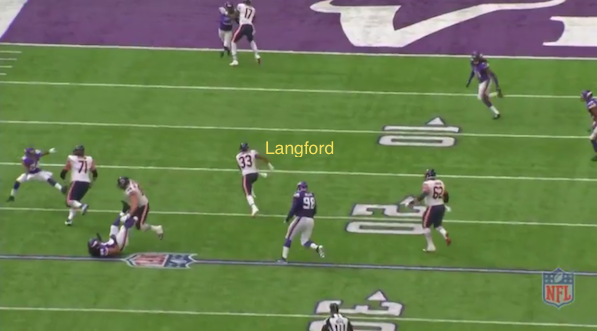 As mentioned, there is no way to simply replace Woodhead’s play without a drop-off in talent in the receiving game, but of the candidates in Baltimore right now, Langford is the most logical choice to pick up snaps on passing downs.

With superior effort as a pass blocker and enough consistency as a receiving back, Langford could prove to be a solid alternative the the run-game duo of West and Allen.